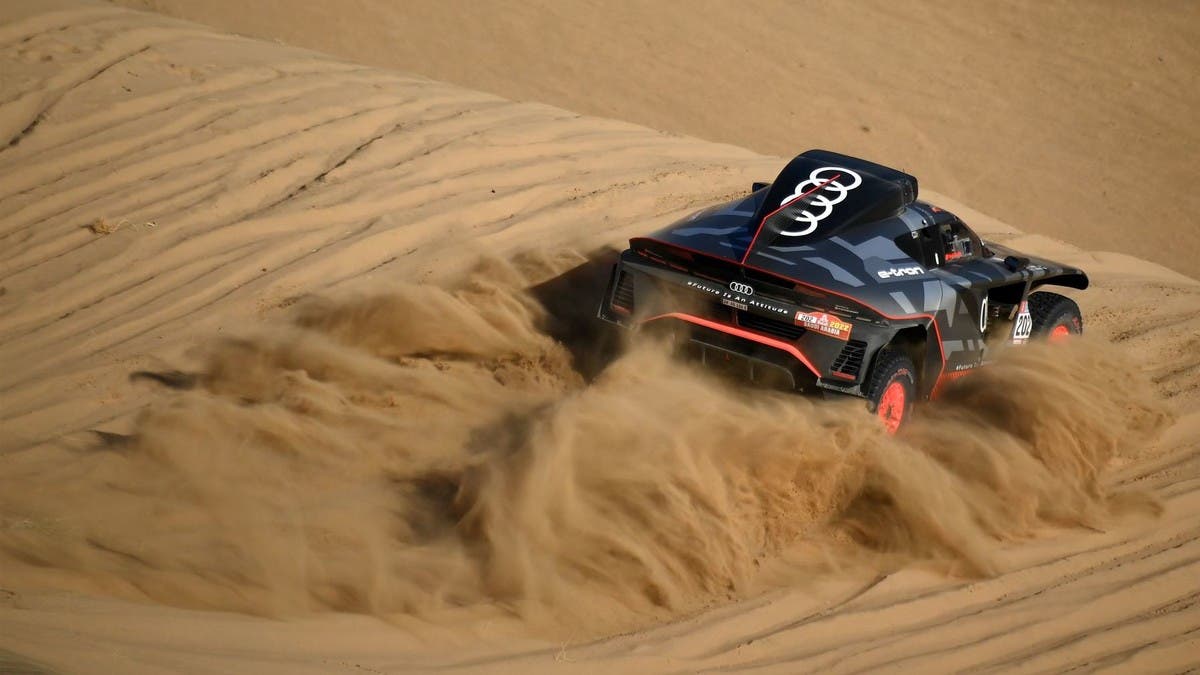 Spaniard Carlos Sainz won the third stage of the Dakar Rally in Saudi Arabia on Tuesday with his Audi team celebrating a first for an electric hybrid car.

The Spaniard, a triple Dakar champion, took his 40th career stage win when he finished 38 seconds ahead of Toyota’s South African Henk Lategan over the 255km timed stage around Al Qaisumah.

The Audi RS Q e-tron prototype has three electric motors and a petrol engine to charge the batteries during the longer stages of the two-week endurance event.

Qatar’s Nasser Al Attiyah strengthened his grip on the overall lead after closest challenger Sebastien Loeb suffered two punctures and a transmission problem that left him on two-wheel drive.

The Frenchman, a nine-times world rally champion racing for the Bahrain Raid Xtreme team, dropped 37 minutes behind his Toyota rival, who was eighth in the stage.

Sainz and Audi team mate and defending champion Stephane Peterhansel are fighting for stage wins rather than overall victory after a nightmare Sunday effectively wrecked their chances.

The Spaniard is seventh overall, but two hours and 19 minutes behind Al Attiyah, while 14-times winner Peterhansel is 23 hours adrift.

In the motorcycle category, Britain’s Sam Sunderland finished 17th but retained the overall lead even if it was cut to four seconds by French rider Adrien Van Beveren.

The stage was won by Portuguese rider Joaquim Rodrigues, whose brother-in-law Paulo Goncalves died in the 2020 Dakar, for the Indian Hero team. It was his first stage victory in the endurance event.

Australian Daniel Sanders, who led after the first stage, said he had deliberately lost time to avoid having to run first on Wednesday.

“Just before the finish, I sat and had a picnic for a bit and waited for three minutes,” he said.

“I just played it smart because tomorrow is the longest stage of the race and I wanted to start back a bit to catch the guys in front.

“It would have been cool to have another stage win but we’re here for 12 days not just to win each stage because it happened to me on the second day when I lost 30 minutes, so, yeah, we had to play it a little bit smarter.”

Former MotoGP rider Danilo Petrucci rejoined with a penalty of more than 11 hours after overnight repairs to his KTM.

Spoils of war: Taliban put victory over US on display