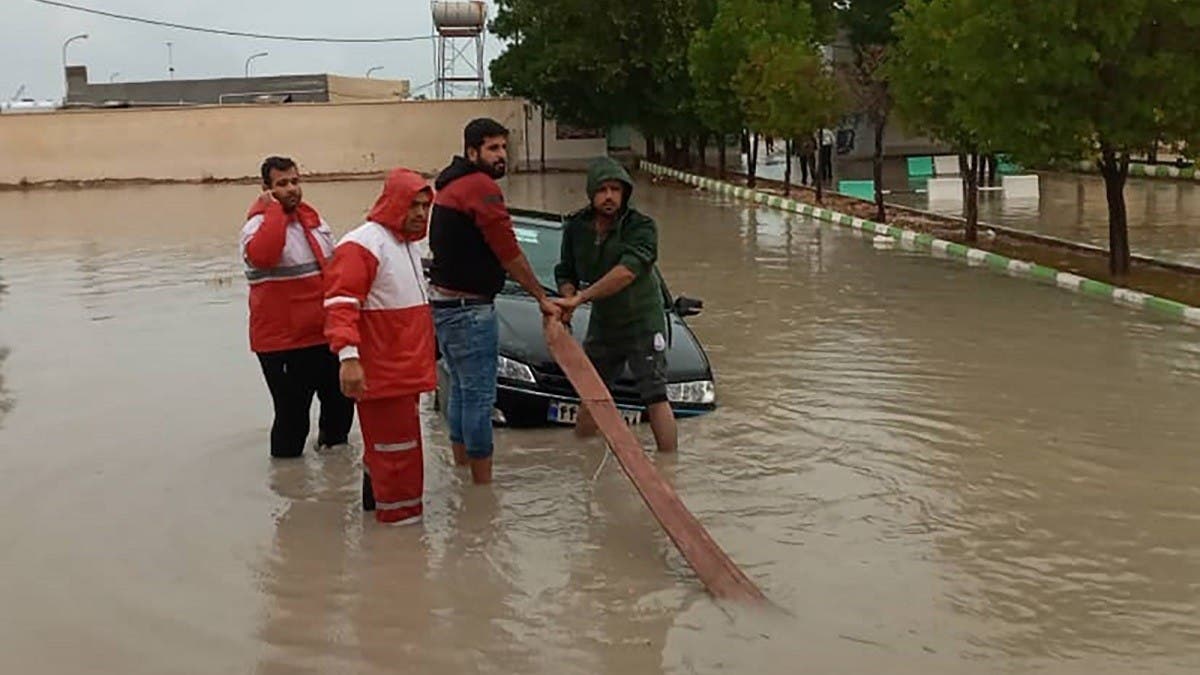 At least eight people have been killed in flash flooding in Iran’s south due to heavy rains expected to last until later this week, state media reported on Tuesday.

“Following the floods and rains of the past few days in the southern regions of the country, we have seen an increase in casualties and deaths,” spokesman for the national rescue service Mojtaba Khaledi said, quoted by state news agency IRNA.

“So far eight people have died and two are still missing,” Khaledi said, adding that 14 others had been injured.

A local official had said Monday that at least two people were killed in flash flooding in the province.

Iran’s Red Crescent has provided “emergency accommodation for more than 3,000 people, and over 20,000 have received relief assistance”, its head of rescue and emergency operations Mehdi Valipour told state television.

“Houses have been flooded and infrastructure such as roads and communication systems have been damaged,” he said, adding that more than 500 teams were providing assistance in parts of the country’s south and east.

Pictures published by the Red Crescent on Tuesday showed its personnel setting up tents in sports halls and assisting cars trapped on flooded roads or stuck in snow-covered mountain areas.

Relief operations were underway in 87 cities across more than half of Iran’s 31 provinces, it added.

The weather system is expected to last until Friday, an official from Iran’s meteorological agency told state television.

Bad weather has been affecting not only southern Iran but also Arab countries in the Gulf in recent days, with several issuing weather warnings.

Torrential rainfall has hit the United Arab Emirates, including Dubai and Abu Dhabi, and caused widespread flooding in the region.

Largely arid, Iran has endured repeated droughts over the past decade, but also regular floods.

In 2019, heavy flooding in the country’s south left at least 76 people dead and caused damage estimated at more than $2 billion.

Around 125 Houthis killed in clashes near Yemen’s Marib

Kazakhstan said Saturday it was holding more than 460 people on terrorism and disorder charges in the wake of mass unrest that saw Russian-led forces called in to restore calm.

The former Soviet republic has been roiled by clashes that escalated from peaceful protests against a car fuel price increase.

Authorities have blamed bandits and international terror cells, despite evidence of a struggle at the top of the authoritarian leadership.

Eldos Kilymzhanov, a representative of the state prosecutor, said Saturday that 464 suspects were facing charges related to terrorism and mass disorder.

A total of 970 suspects were in custody he said including on charges of theft, disorderly behavior and possession of weapons.

Kilymzhanov said 73 suspects had sustained bodily injuries and among them “29 people with gunshot wounds were hospitalized to city hospitals on our instructions.”

Although protests began in the country’s west where the price of a popular car fuel, Liquified Petroleum Gas (LPG) spiked at the New Year, former capital Almaty — a financial hub of 1.8 million people — became the epicenter of the violence that followed.

The foreign ministry on Friday pushed back angrily against a European Parliament resolution that flagged violations of fundamental rights in the government’s handling of the crisis.

The ministry called the resolution from earlier in the week “not only biased but also based on prejudiced opinions and assumptions.”

Multiple former detainees have alleged torture in detention since they were released.

Over 2,000 troops from the Moscow-led Collective Security Treaty Organization (CSTO) completed a withdrawal from Kazakhstan on Wednesday.

The clashes that peaked in the firt week of January sparked speculation of a rift between President Kassym-Jomart Tokayev, 68 and his long-ruling predecessor Nursultan Nazarbayev, 81. Prominent relatives of the former strongman were dismissed from corporate and government posts as Tokayev appeared to cement control over the situation.

But Nazarbayev, widely viewed as Kazakhstan’s de facto decider prior to the clashes, this week made his first appearance of the year to deny any conflict with the man he hand-picked as his replacement when stepping down from the presidency in 2019.

The diplomatic adviser to the UAE President Anwar Gargash met with the US Special Envoy for Yemen Tim Lenderking on Saturday, the official WAM news agency reported.

Lenderking reiterated that the US stands with the UAE in the face of “the Houthi terrorist attack,” WAM reported.

The UAE official also held a phone call with Hans Grundberg, the Special Envoy of the Secretary-General of the United Nations to Yemen on Friday, where the duo reviewed the nature of the Iran-backed Houthi attack in Abu Dhabi that led to a fuel tanker explosion killing three.

In both these instances, Gargash stressed the need for the international community to take a “firm stance against these hostile and terrorist acts that threaten international peace and security.”

He stated that the group repeatedly violated international laws and agreements, primarily, the Stockholm Agreement, which Gargash says is evident in the port of Hodeida which is reportedly being used for “maritime piracy and war financing.”

According to the WAM report, Gargash renewed his appreciation for the US’ position which condemned and denounced the attack and called for working with the US and the international community to stop the Houthi disregard for the security and stability of the region.

Referring to the position of the UN Security Council, which unanimously condemned the attacks, Gargash says that the Iran-backed militia requires a “serious international position towards the encroachment on the security of the countries of the region and the Yemeni people, and their continuous threat to international maritime navigation.”

The UAE official also reiterated that “appropriate international pressure” may help reach a ceasefire agreement and aid in finding a political solution to the Yemeni crisis.

“The Houthis have never committed to any agreements and pledges, and will not do so without clear international pressure,” WAM quoted Gargash as saying.

The Arab Coalition has been carrying out attacks against legitimate military Houthi targets in Yemen in recent months, warning civilians to not approach or gather around the targeted sites beforehand.

It was announced earlier this week that Lenderking is heading to the Gulf and London to “reinvigorate peace efforts,” the US State Department said announced.

“The Special Envoy and his team will press the parties to de-escalate militarily and seize the new year to participate fully in an inclusive UN-led peace process,” the State Department said ahead of his visit.

He will focus on the “urgent need to mitigate the dire humanitarian and economic crises facing Yemenis.” 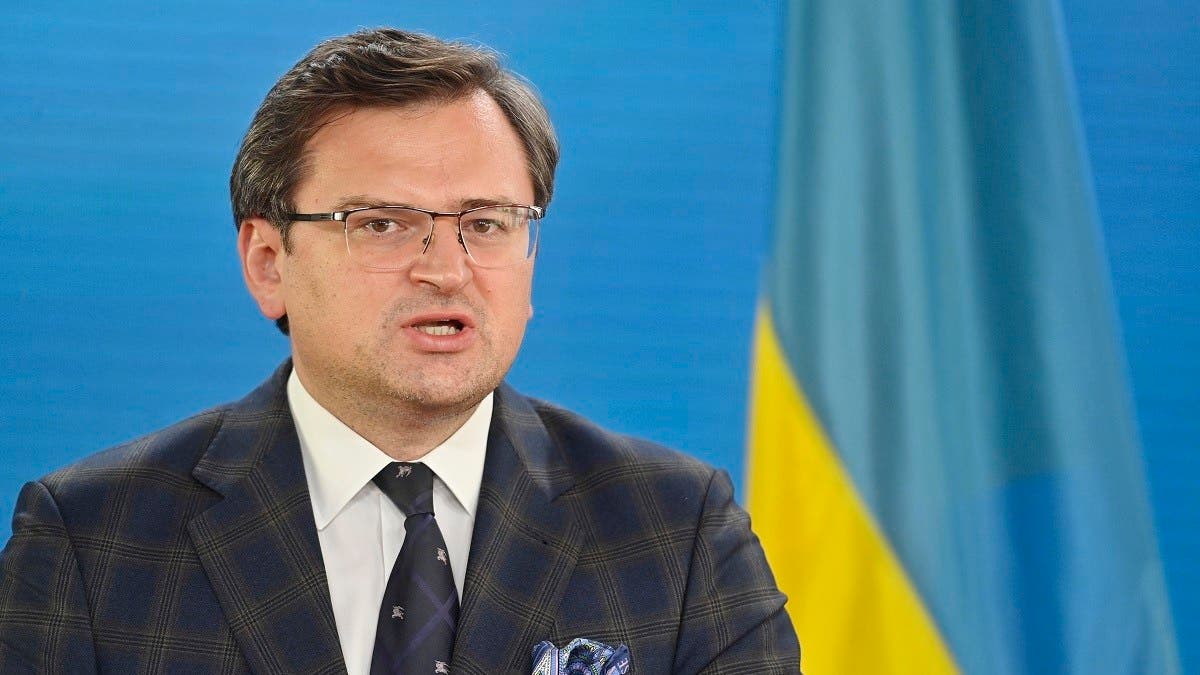 Ukraine’s Foreign Minister Dmytro Kuleba on Saturday slammed Germany for its refusal to supply weapons to Kyiv, urging Berlin to stop “undermining unity” and “encouraging Vladimir Putin” amid fears of a Russian invasion.

With tens of thousands of Russian troops massed on the Ukrainian border, fears are mounting that a major conflict could break out in Europe.

Ukraine’s calls to Western allies to bolster its defense capabilities have seen the United States, Britain and Baltic states agreed to send to Kyiv weapons, including anti-tank and anti-aircraft missiles.

Kuleba said on Twitter that Germany’s statements “about the impossibility of supplying defense weapons to Ukraine” did not match “the current security situation.”

Ukraine’s minister stressed that “today the unity of the West in relation to Russia is more important than ever.”

“The German partners must stop undermining unity with such words and actions and encouraging (Russian President) Vladimir Putin to launch a new attack on Ukraine,” Kuleba said.

Ukraine is “grateful” to Germany for the support it has already provided, but its “current statements are disappointing,” he added.

Earlier on Saturday German Defense Minister Christine Lambrecht said that Berlin will send a field hospital to Ukraine, while once again rejecting Kyiv’s calls for weapons.

Berlin has already delivered respirators to Ukraine and severely injured Ukrainian soldiers are currently being treated in Bundeswehr hospitals, she told Welt am Sonntag newspaper.

“Weapons deliveries would not be helpful at the moment – that is the consensus within the government,” Lambrecht said.

Moscow insists it has no plans to invade Ukraine but has at the same time laid down a series of security demands – including a ban on Ukraine joining NATO – in exchange for de-escalation.

US, Russia kick off critical talks on Ukraine war fears