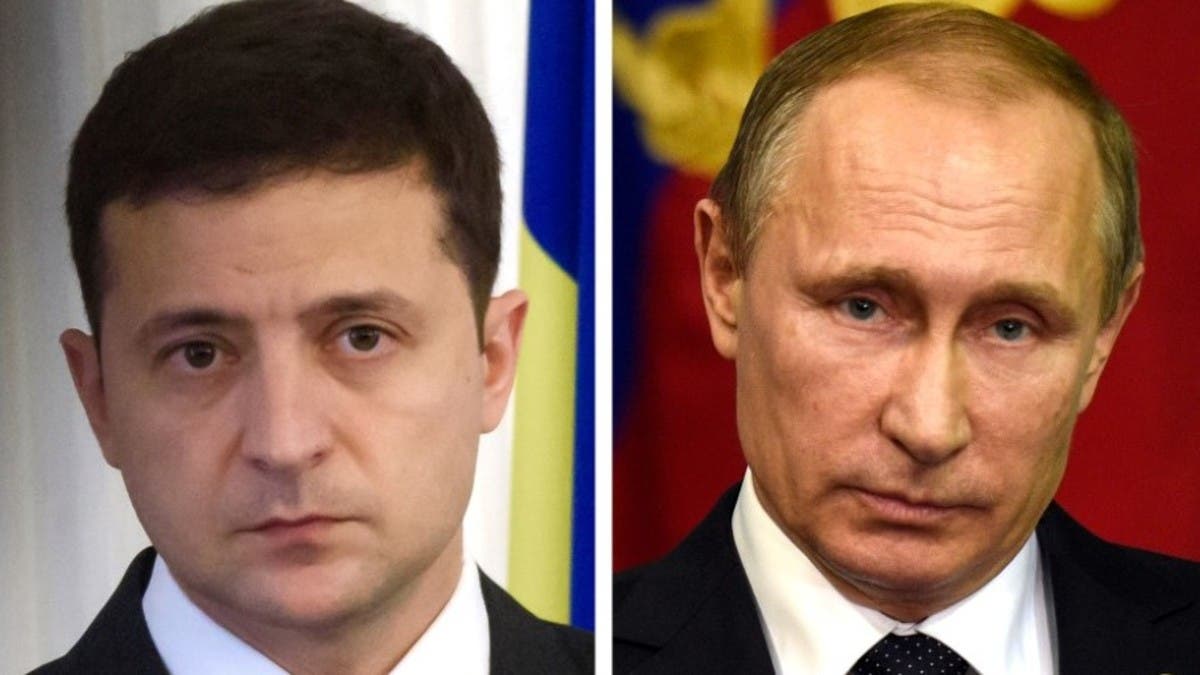 Ukraine's armed forces are heavily outnumbered and outgunned by Russia's but could put up a level of resistance that would force Russian President Vladimir Putin to pay a price of many thousands of Russian lives for any new invasion.

Western military analysts say Ukraine's army is better trained and equipped than in 2014, when Russia captured the Crimean peninsula without a fight, and highly motivated to defend the country's heartland.

For those reasons, they see it as highly unlikely that Putin would contemplate an outright conquest of Ukraine.

“We won't see a big giant red arrow going across Ukraine. I don't believe the Russians have the capability to just completely overrun Ukraine and take over the whole country, nor do I think they want to,” said Ben Hodges, a retired US lieutenant general now with the Center for European Policy Analysis.

A plausible alternative, he and others said, was that Russia might push south and west from Ukraine's Donbass region – already controlled by pro-Russian forces – to link up with annexed Crimea and the Black Sea. But even that more limited objective would entail high Russian casualties.

Siemon Wezeman, an arms specialist at the Stockholm International Peace Research Institute, said the scale of resistance to any invasion would dwarf anything Russia had faced in previous military operations in Chechnya in the 1990s or in its short war with Georgia in 2008.

“Yes it can defeat, say, the high level of Ukrainian forces, but try to invade a country like Ukraine with a population that is clearly against you, which is armed to the teeth, where most males have at least rudimentary military training that they can still remember. You're going into an area which is Chechnya multiplied by 10, or Georgia multiplied by 30,” he said.

“It's not going to be a walkover. And then you have to defend to your own population as Russian president that you just suffered 10,000 losses in the first few days because you were stupid enough to support the Donbass rebels. I don't think that's going to resonate very well in Russia.”

Ukraine says 92,000 Russian troops have gathered near its borders, and the United States has said a Russian invasion by a force as large as 175,000 could come as early as January.

Moscow denies menacing its neighbor and say it can move its troops around as it sees fit on its own territory. It says it perceives a threat from Ukraine's growing ties with NATO – which Kyiv seeks one day to join – and is demanding security guarantees from the West to defuse the crisis.

In terms of manpower and weapons, the arithmetic looks grim for Ukraine.

Russia's army of 280,000 is about twice the size of Ukraine's and its total armed forces of 900,000 are more than four times greater. Its 2,840 battle tanks outnumber Ukraine's by more than three to one, according to the London-based International Institute for Strategic Studies (IISS).

While Ukraine trebled its defense budget in real terms from 2010 to 2020, its total defense expenditure last year amounted to only $4.3 billion, or one-tenth of Russia's.

“In terms of air defense and electronic warfare, there is a huge gap between these two forces. It's difficult to see how Ukraine could not be completely overwhelmed from the air,” said IISS research analyst Yohann Michel.

Russia would seek to use its superiority in electronic warfare to paralyze its adversary's command and control and cut off communications with units in the field, he said.

But Ukraine's combat experience in Donbass and its short-range air defenses and anti-tank weaponry – which includes US-supplied Javelin missiles – would help to slow any Russian advance.

“It will not be a piece of cake because there is still a large number of (Ukrainian) troops. The majority of them are well motivated, so they will probably fight until the last moment,” Michel said.

Even a defeated Ukraine could “open their arms depot”, distribute weapons to the population and leave the Russians facing a kind of guerrilla warfare that would make it painful to hold onto any captured territory. “I would not want to be in six months in any area the Russians would have seized,” he said.

Putin would likely face qualms from his own public about waging war on a fellow Slav nation, as well as intense anti-Russian sentiment within Ukraine.

Former US lieutenant general Hodges said that while the numbers were stacked against Ukraine, “as you know from history, warfare is never just about math”.

“The Ukrainian population will be very hostile, the further west that Russian forces might go. This will be very, very costly for Russian forces,” he said. “The reward, the payoff, would have to be really worthwhile to keep (Putin's) own domestic population in support.”

US advises against travel to Ukraine, citing Russia threat

Ukraine's leader seeks Russia sanctions before it's too late

Ethiopians were voting on Monday in a referendum on the creation of a 12th regional state in the south of the country, the third such ballot in under four years.

More than three million people are registered to vote in areas that currently fall in the Southern Nations, Nationalities and Peoples Region (SNNPR), according to election board figures cited by state media.

Results are due on February 15.
Since Prime Minister Abiy Ahmed came to power in 2018, two new regional states have already been carved out: Sidama in 2019 and South West in 2021.

Both separated from the SNNPR, a mosaic of minority ethnic groups and scene of tension and violence in recent years.

Africa’s second most populous country has faced several chal-lenges to its unity and stability, including the two-year war in Tigray that ended with a peace deal in November and an ongoing insurgency in the largest region of Oromia.

The current constitution adopted in 1995, four years after the fall of the military-Marxist Derg regime, had initially divided Ethiopia into nine regional states, cut out along ethno-linguistic lines and enjoying considerable power in a federal system.

This “ethnic federalism” was supposed to offer a degree of autonomy to the 80 or so ethnic communities that make up Ethiopia, but has been accused by critics of exacerbating inter-communal tensions.

Read more: Cautious optimism as Ethiopia sets out on long road to peace after two years of war