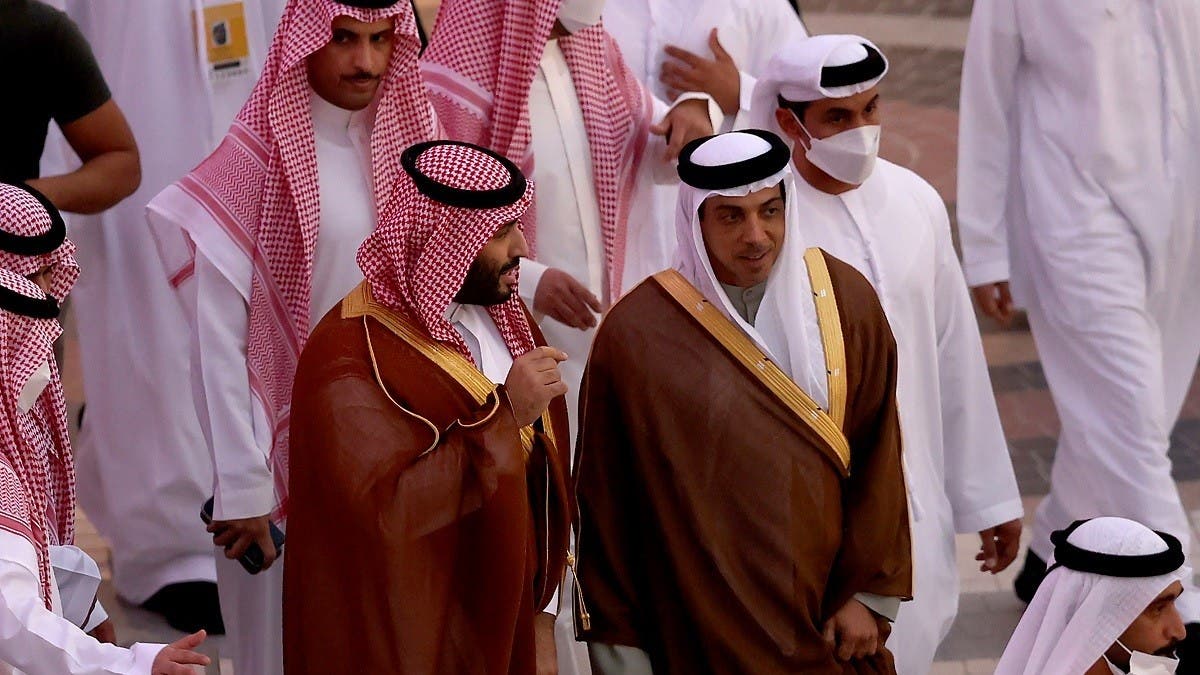 Saudi Arabia’s Crown Prince Mohammed bin Salman visited on Wednesday, the pavilions of Saudi Arabia and the United Arab Emirates at Expo 2020 Dubai, on the sidelines of his two-day visit to the UAE, before departing to Qatar, his third stop of a tour to Gulf states.

Later on, the Crown Prince visited the pavilion of the UAE, and was briefed on its content, which tells the story of the inception of the UAE, and reflects the system of human values on which the UAE people relied in achieving their renaissance and development.

Sheikh Mohammed bin Rashid Al Maktoum stressed that Expo 2020 Dubai constitutes a global platform for the achievements, creativity and innovations of countries, and also provides a space for bringing together minds, ideas, experiences and human experiences to discover new horizons of cooperation, build bridges between peoples and promote joint action, according to SPA.

For his part, Saudi Crown Prince congratulated the UAE Vice President on the successes of Expo 2020 reflecting the development and prosperity of the UAE.

He then visited the Saudi pavilion, which is the second largest pavilion, where he was briefed on the components of the pavilion, which highlight important aspects of the Kingdom’s renaissance, and shed light on its past and present, as well as its ambitious vision for the future through creative content that reflects the Kingdom’s heritage, nature and diverse society, and defines its future plans in light of “The Kingdom’s Vision 2030.”

The Crown Prince also met with Saudi young men and women working in the pavilion, praising their efforts in receiving visitors to the pavilion, and their ability to express the authentic Saudi values welcoming the world.