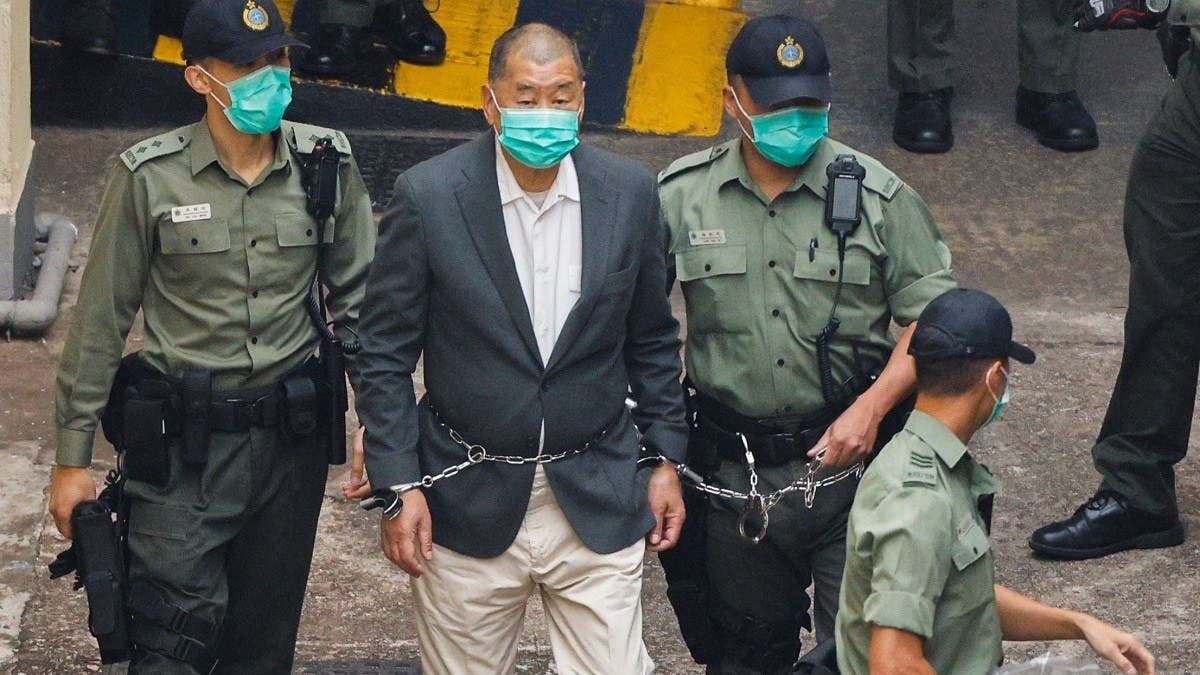 Jailed Hong Kong media tycoon Jimmy Lai and the staff of his now-shuttered Apple Daily newspaper have been awarded a prestigious press freedom prize by the World Association of News Publishers.

Lai, the paper's outspoken founder, and multiple senior executives and editors have been detained on “foreign collusion” charges over Apple Daily's support for international sanctions against China.

“The jailing of a publisher, the arrest of an editor-in-chief and his senior colleagues, the shuttering of a newsroom, and the closure of a media title — the 2021 Golden Pen award recognises, and reflects on, all of these,” Fernandez said at a virtual ceremony on Wednesday.

Apple Daily was renowned for its acerbic criticism of China's leaders and Beijing made no secret of its desire to see the tabloid silenced.

Sebastien Lai, receiving the award on behalf of his father, said there will be “less and less people shining light in these dark corners” given Apple Daily's shutdown and the ongoing crackdown on journalism in the region.

In a statement announcing the award, the World Association of News Publishers called Lai an “outspoken critic of Beijing's control over Hong Kong and a high-profile supporter of the pro-democracy movement.”

Established in 1961, the Golden Pen of Freedom is an annual award that recognizes outstanding contributions to the defense and promotion of press freedom.

Hong Kong has long served as a regional media hub, though it has tumbled down press freedom rankings in recent years as Beijing asserts greater control over the city.

Suppression of local media has increased in the wake of huge and often violent democracy protests two years ago and the subsequent imposition of the security law.

International media maintain a strong presence in the city with organizations including the Financial Times, AFP, CNN, the Wall Street Journal, and Bloomberg having regional headquarters in Hong Kong.

But the security law and crackdown on dissent have rattled nerves.

Last month an Australian correspondent from The Economist was denied a visa — the fourth foreign journalist to be refused one without an explanation since 2018.