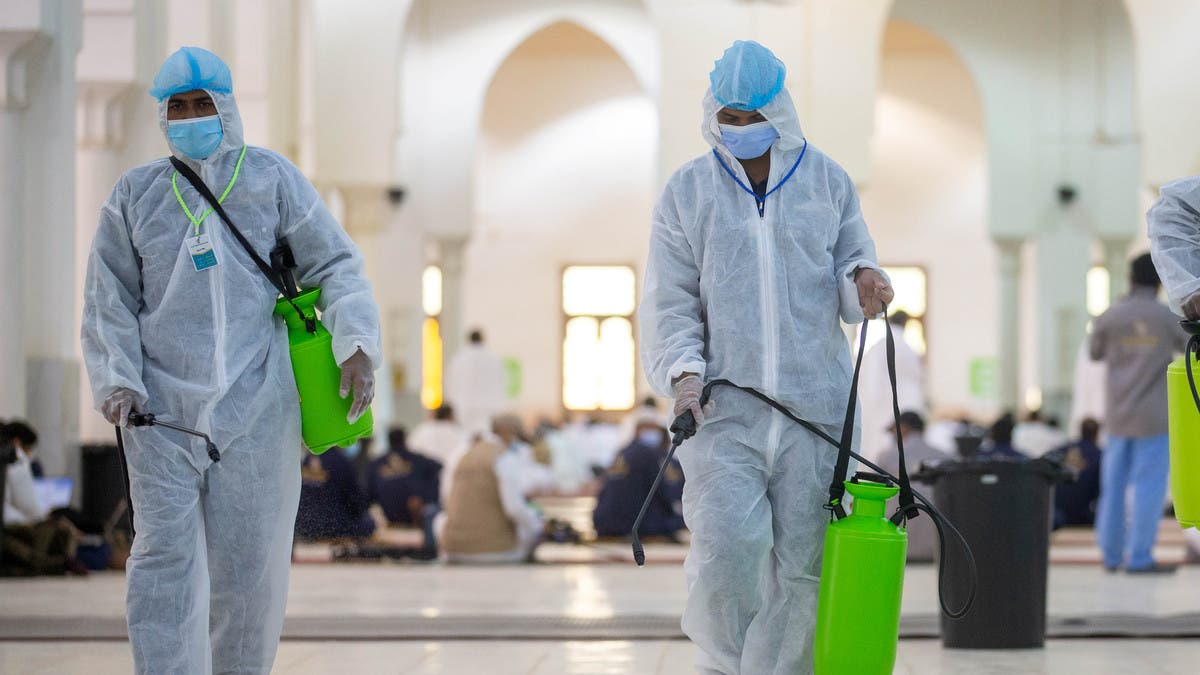 Saudi Arabia’s Ministry of Health on Wednesday said a case of the COVID-19 Omicron variant was detected in the Kingdom in a citizen coming from a North African country, the official Saudi Press Agency (SPA) reported.

The infected citizen and his contacts were isolated, and the approved health procedures were completed. An epidemiological investigation was conducted, the press agency said.

The Kingdom’s Ministry of Health “stressed the need for all members of society to complete receiving [COVID-19] vaccine doses and to adhere to all precautionary measures, preventive measures and approved protocols, as well as the importance of those coming from traveling to adhere to the instructions related to quarantine and laboratory examination for their safety and the safety of all,” SPA reported.

Saudi Arabia on Sunday suspended flights coming to and from Malawi, Zambia, Madagascar, Angola, Seychelles, Mauritius, and Comoros due to the outbreak of the new COVID-19 variant Omicron, according to SPA.

The Kingdom also suspended entry of non-Saudis who come directly or indirectly from the above countries, except for those who have spent a period of no less than fourteen days in another country whose health procedures comply with Saudi Arabia’s rules regarding entry to the country in accordance with the approved health procedures, SPA reported.

The emergence of COVID-19 variants is the result of not achieving health-related goals, individuals not getting vaccinated, and severe laxity in precautions, the official spokesman for Saudi Arabia’s Ministry of Health said on Sunday.

The number of COVID-19 vaccine doses given in the Kingdom has reached 47 million, where over 22.3 million people have been vaccinated, the spokesman said.

The World Health Organization (WHO) labeled the new coronavirus variant B.1.1.529, which was first reported in South Africa on November 24, as “Omicron.”

COVID-19 variants emerge due to lax precautions, not getting vaccinated: Saudi Arabia 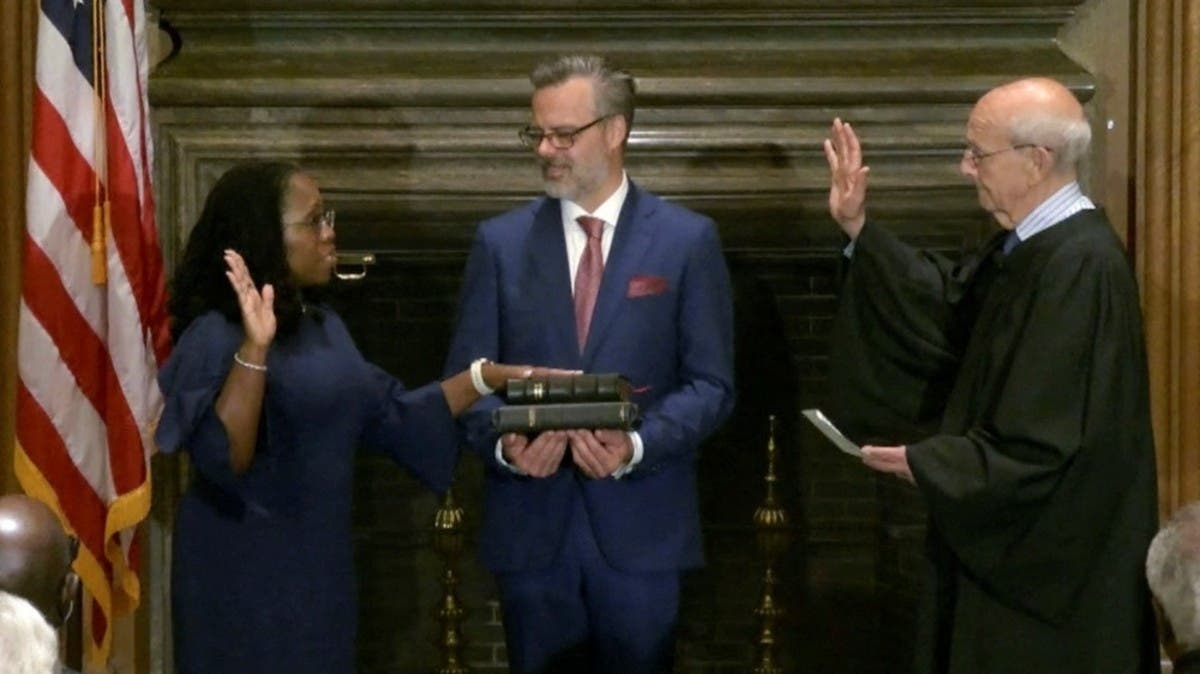 The United States made history on Thursday as Ketanji Brown Jackson was sworn in as the first Black woman to serve on the Supreme Court.

The 51-year-old’s appointment by Democratic President Joe Biden means white men are not in the majority on the nation’s highest court for the first time in 233 years.

While her confirmation is a milestone, it won’t change the 6-3 conservative majority on the court, which has come under fire for recent rulings broadening the right to bear arms and eviscerating abortion rights.

Jackson spoke only to say her oaths during Thursday’s brief ceremony.

She had picked up support from three Senate Republicans during a grueling and at times brutal confirmation process, delivering Biden a bipartisan 53-47 approval for his first Supreme Court nominee.

Jackson’s swearing-in marks a major moment for Biden, who chaired the Senate Judiciary Committee in the 1980s and 90s, meaning he has the unprecedented distinction of both naming and overseeing the appointment of a Supreme Court justice.

The appointment presents an opportunity for his administration to pivot from a spate of bad news in recent months, with Biden’s poll ratings still languishing below 40 percent amid runaway inflation ahead of midterm elections in November.

Crucially, it has allowed Biden to show the Black voters who rescued his floundering 2020 primary campaign that he can deliver for them.

At 42 days, the confirmation was among the shortest in history, although longer than it took to seat Donald Trump’s last court pick during his presidency, Amy Coney Barrett.

As the final word on all civil and criminal legal disputes, as well as guardian and interpreter of the Constitution, the Supreme Court seeks to ensure equal justice under the law.

Four of the justices on the nine-member court are now women, making it the most diverse bench in history – although they all attended the elite law schools of Harvard or Yale.

Explainer: Why the US Supreme Court is relevant to Arabs and the Middle East 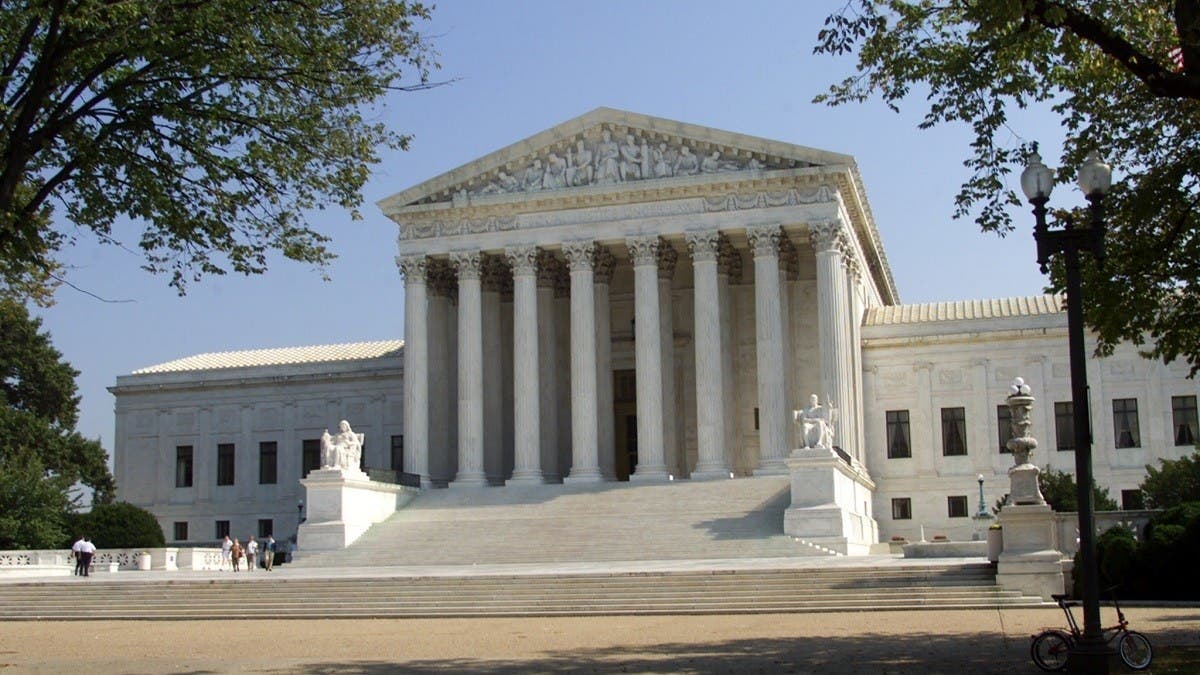 By a majority of 6-3, the high court found that Environmental Protection Agency did not have the power to set broad caps on emissions from coal-fired power plants, which produce nearly 20 percent of the electricity consumed in the United States.

The decision sets back Biden’s hopes of using the EPA to bring down emissions to meet global climate goals.

It was a significant victory for the coal mining and coal power industry, which had been targeted for tough limits in 2015 by the administration of then president Barack Obama in an effort to slash carbon pollution.

It was also a victory for conservatives fighting government regulation of industry, with the court’s majority including three right-wing justices named by former president Donald Trump, who had sought to weaken the EPA.

While EPA had the power to regulate individual plants, the court ruled, Congress had not given it such expansive powers to set limits for all electricity generating units.

The majority justices said they recognized that putting caps on carbon dioxide emissions to transition away from coal-generated electricity “may be a sensible solution” to global warming.

But they said the case involved a “major question” of US governance and jurisprudence and that the EPA would have to be specifically delegated such powers by the legislature.

“It is not plausible that Congress gave EPA the authority to adopt on its own such a regulatory scheme,” they said.

“A decision of such magnitude and consequence rests with Congress itself, or an agency acting pursuant to a clear delegation from that representative body,” they said.

The three-member liberal minority of the cases castigated the majority for overruling powers they said EPA did in fact have.

“Today, the court strips the Environmental Protection Agency of the power Congress gave it to respond to ‘the most pressing environmental challenge of our time,’“ they said. 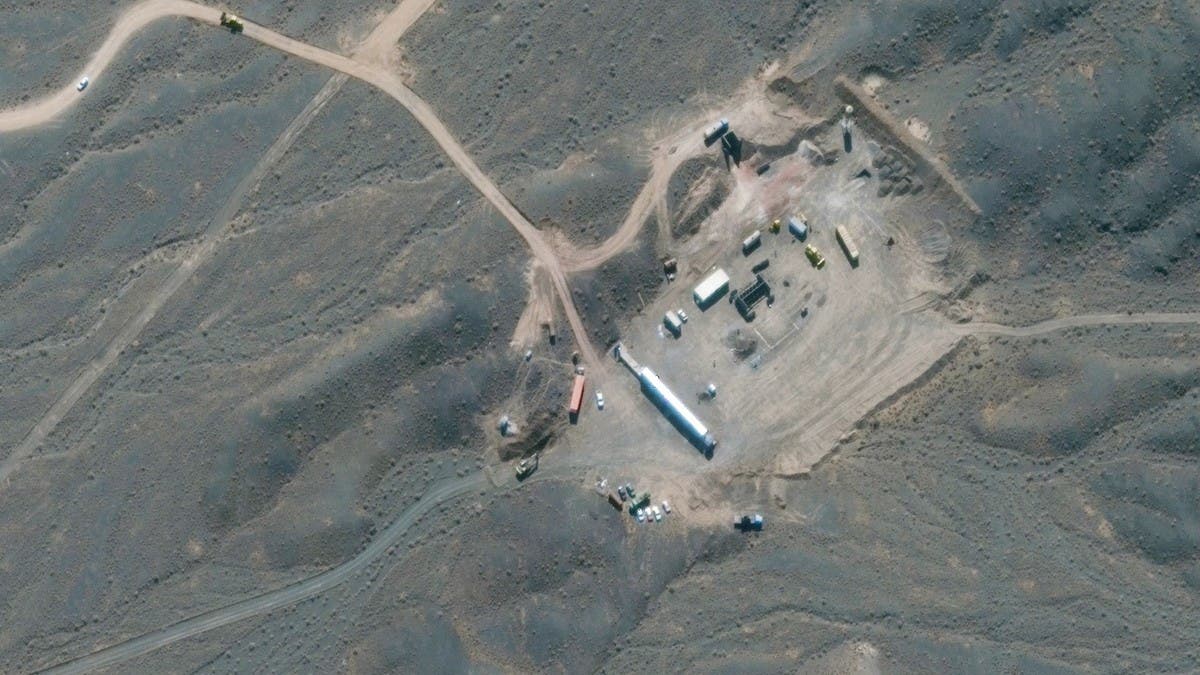 Major Western powers wrung their hands on Thursday at American and Iranian diplomats’ failure to revive a 2015 nuclear deal, with the European Union saying it “might not make it over the finishing line.”

Diplomats spoke at the UN Security Council one day after indirect US-Iran talks ended in Doha with no sign of progress on resurrecting the pact under which Tehran limited its nuclear program in return for relief from US, UN and EU sanctions.

“I am concerned that we might not make it over the finishing line. My message is: Seize this opportunity to conclude the deal, based on the text that is on the table,” European Union Ambassador to the United Nations Olof Skoog said.

The EU coordinates the talks on resurrecting the agreement, which then US President Donald Trump reneged on in 2018 and restored harsh US sanctions on Iran, prompting Tehran to start violating its nuclear restrictions about a year later.

The Security Council met to discuss the latest report by UN Secretary-General Antonio Guterres on the implementation of a 2015 council resolution that enshrines the nuclear deal, formally called the Joint Comprehensive Plan of Action (JCPOA).

US, British and French diplomats all placed the onus on Iran for the failure to revive the agreement after more than a year of negotiations. Iran “should urgently take this deal – there will not be a better one,” Britain’s UN Ambassador Barbara Woodward said.

“Iran has yet to demonstrate any real urgency to conclude a deal, end the current nuclear crisis and achieve important sanctions lifting,” Richard Mills, Deputy US Ambassador to the United Nations, told the meeting.

“Not only has Iran not taken up the offer on the table, but it also added yet more issues which fall outside the JCPOA with maximalist and unrealistic demands,” French UN Ambassador Nicolas de Riviere said.

Iran, however, described the latest talks as positive and said it was ready to strike an agreement.

“Iran has demanded verifiable and objective guarantees from the US that JCPOA will not be torpedoed again, that the US will not violate its obligations again, and that sanctions will not be re-imposed under other pretexts or designations,” Iran’s UN Ambassador Majid Takht Ravanchi told the council.

“We were sincere in the Doha talks that were serious and positive,” he said. “Our negotiating team is ready to engage constructively again to conclude and reach a deal.”

Chinese and Russian diplomats faulted the United States, with Beijing’s representative urging Washington to ease unilateral US sanctions on Iran and Russia’s calling for all sides to show flexibility.

“It is indeed the (Trump) policy of maximum pressure on Iran, which the US administration continues to embrace, that this is the main cause of all of the current problems plaguing the JCPOA,” Russia’s Deputy UN Ambassador Dmitry Polyanskiy said.

Contrary to US, Iran says nuclear talks in Doha were ‘positive’

US citizen in Iran prison appeals to Biden for deal