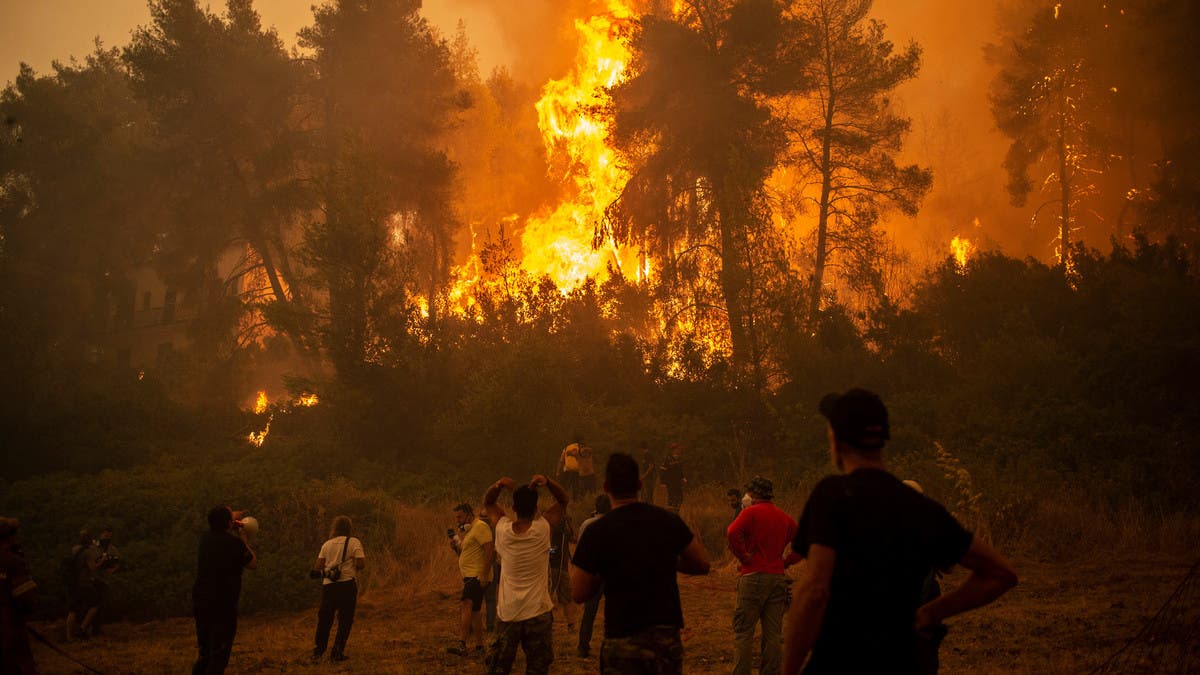 Firefighters battled a wildfire in southwestern Turkey from land and air on Thursday, as hopes that the blazes were contained fizzled after they spread again due to high temperatures and windy conditions.

Scenes of burning woodland near the Aegean coastal resort of Marmaris sparked fears of a repeat of last year's fires that devastated tens of thousands of hectares (acres) across the region.

Reuters footage showed smoke billowing from hills and police water cannon vehicles helping firefighters as the blaze spread through a forest in the sparsely populated area.

Helicopters and planes dropped water on the flames throughout the day on Wednesday and authorities said they would get back out again on Thursday after pausing overnight.

Forestry Minister Vahit Kirisci said on Wednesday that the fire was under control but later said it had spread again, fanned by wind and hot weather.

Some 150 people from 51 houses were evacuated as a precaution, he said, adding that some 2,600 people were working to contain the fire.

Turkey's forestry authority said that 27 helicopters and 14 planes would be involved in tackling the fire on Thursday.

Last summer's wildfires, most of which were also near Marmaris, were the most intense in Turkey on record, a European Union atmosphere monitor said last year, adding that the Mediterranean had become a wildfire hot spot.

President Tayyip Erdogan's government was criticised for being unprepared to fight the fires last year. It responded by saying the wildfires were the worst in Turkey's history.

Kemal Kilicdaroglu, head of the main opposition Republican People's Party (CHP), said on Wednesday the government was “incompetent” and had not prepared for the fires since last year.

“The whole world knows how sensitive an area the Mediterranean basin is on this issue due to climate change,” Kilicdaroglu said, speaking near Marmaris.

“They'll blame the wind and not themselves,” he said.

The most extreme weather events and catastrophes of 2021