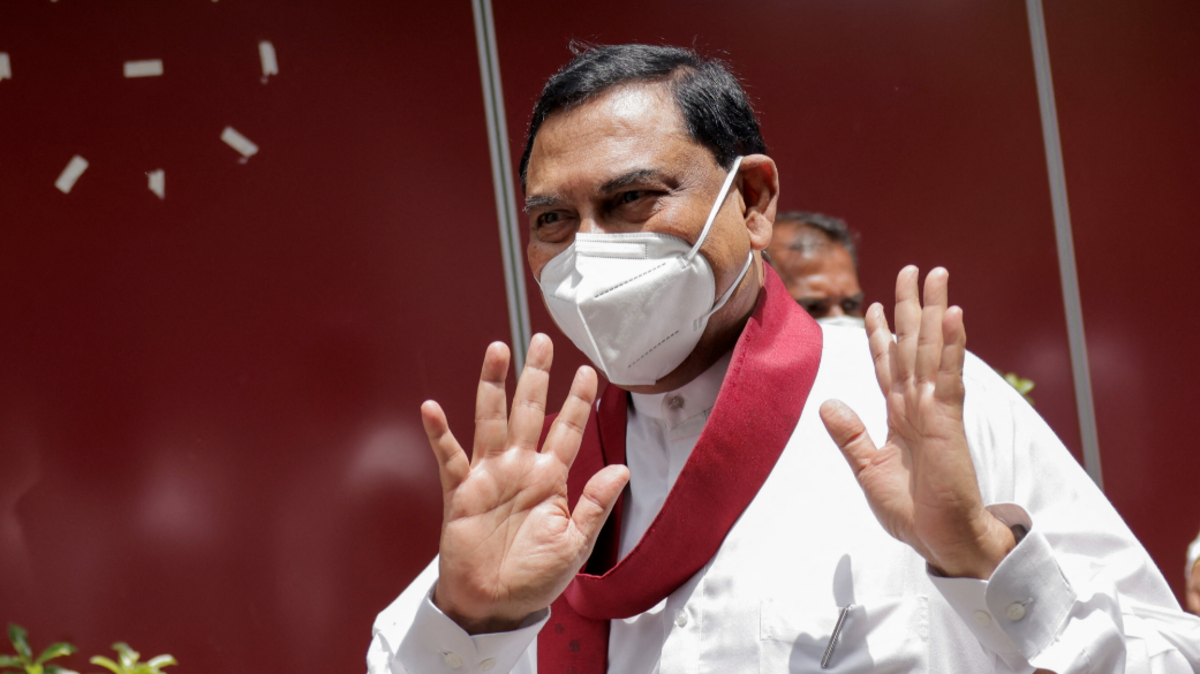 Another member of Sri Lanka’s ruling family quit public office on Thursday, denying responsibility for an economic crisis that has caused severe hardship in the island nation.

Basil Rajapaksa was once nicknamed “Mr. Ten Percent” in a BBC interview, in reference to commissions he allegedly skimmed from government contracts. He has insisted that he had committed no wrongdoing in office.

The 71-year-old had until April served as finance minister under President Gotabaya Rajapaksa, his elder brother, who has stared down months of protests demanding his resignation for economic mismanagement.

“I entered parliament to manage the economy, but since I am no longer the finance minister, there is no point in remaining an MP,” Basil told reporters in Colombo.

During the younger Rajapaksa's tenure, Sri Lanka began to suffer acute shortages of food, fuel, medicines and other essential goods that continue to this day.

The crisis was sparked by dwindling foreign currency reserves — blamed on unsustainable tax cuts brought in by the president in 2019 — that left importers unable to pay for goods.

Queues for petrol at filling stations have stretched for hours and sometimes even days, while many businesses have shut because they have run out of diesel fuel to power generators during prolonged blackouts.

Sri Lanka defaulted on its $51 billion foreign debt shortly after Basil left the finance ministry and is in talks with the International Monetary Fund for a bailout.

But Basil insisted that he was not responsible for the country’s painful downturn.

“I did not create the crisis, it was already there when I took over the finance ministry,” he said.

Basil, also a citizen of the United States, was nominated to parliament for a second time in 2021 after his brother Gotabaya scrapped constitutional provisions barring dual citizens from becoming legislators.

On Thursday he said he was motivated to return to parliament to clear his name and noted authorities had last week withdrawn a long-running corruption investigation against him.

The probe centered on claims that he had amassed wealth and assets which could not be explained by income from his government salary.

Basil's announcement comes a month after the resignation of his elder brother Mahinda Rajapaksa as the island’s prime minister.

Mahinda stepped down on May 9 after his supporters attacked peaceful protesters in the capital Colombo, sparking violence that saw at least nine people killed and arson attacks on dozens of homes belonging to government lawmakers.

A replacement for Basil was not immediately named, but sources from his party said he could soon be succeeded by Dhammika Perera, a casino magnate and Rajapaksa loyalist.

Sri Lanka raises taxes on wine, cheese among other goods to curb imports

Sri Lanka will need $5 bln in next six months for essentials: PM Wickremesinghe