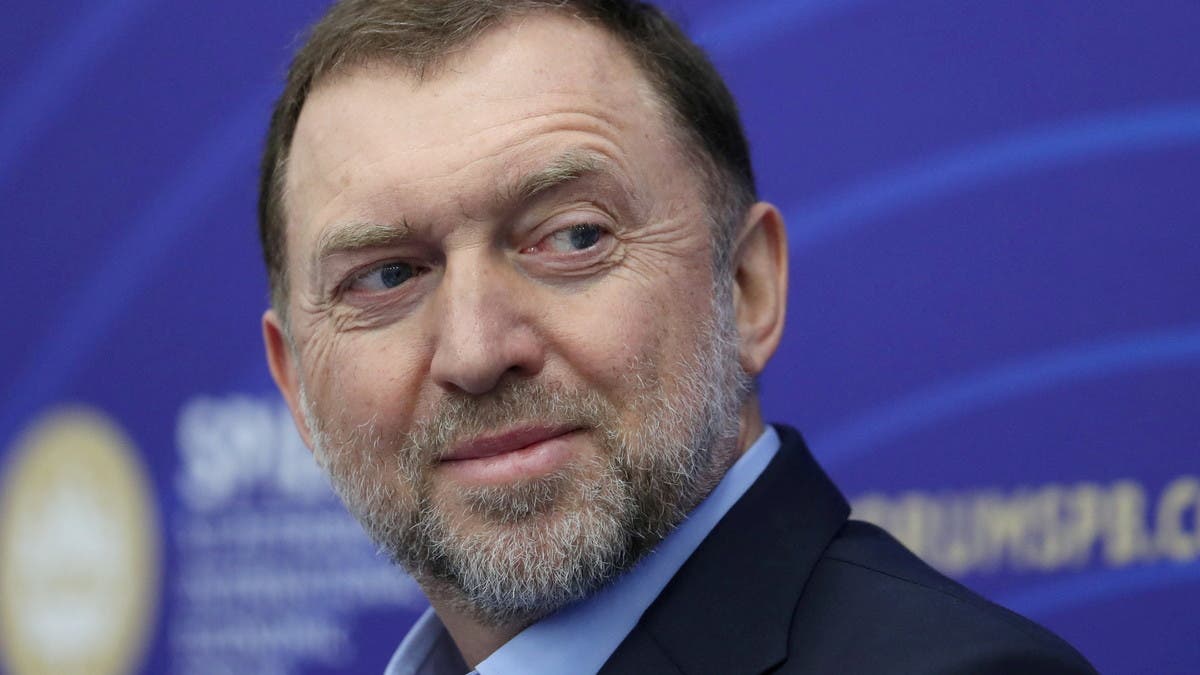 A Diego Rivera painting. A pair of Prada shoes. A baseball cap.

The FBI didn’t say why it seized those items and more in raids last October, but its reasons are now becoming clear: Federal authorities suspect Russian billionaire Oleg Deripaska has been evading US sanctions.

Deripaska has been sanctioned since 2018 for his ties to Vladimir Putin, and the seizures at a Washington mansion and New York townhouse linked to him predate the invasion of Ukraine. But the investigation of Deripaska’s assets is now part of an escalating US crackdown on ultra-rich Russians suspected of laundering money and hiding assets to help finance Putin’s regime.

The raids were key steps to unearth information that may determine whether — and how — Deripaska moved money around. Among the mishmash of items taken from the New York and Washington properties were half a dozen works of fine art, sunglasses, hiking boots, housewares, financial records, telephone bills and other documents, according to the people, who asked not to be identified because the investigation hasn’t been made public.

The Deripaska inquiry is now part of a special U.S. Department of Justice task force dubbed “KleptoCapture,” according to New York federal prosecutor Andrew Adams, who is heading up the group.

“As Russia and its aggression continues, we have our eyes on every piece of art and real estate purchased with dirty money,” Deputy Attorney General Lisa Monaco said at a recent news conference.

In 2020, when Deripaska was in a legal fight to get the sanctions lifted, he said in a court filing that the US government had failed to prove allegations that led the Treasury Department to put his name on a list of wealthy Russians facing penalties. His lawsuit was dismissed by a federal judge last year.

A lawyer in the US who has represented Deripaska declined to comment and another didn’t respond to requests for comment. A spokeswoman for Deripaska in London didn’t comment in response to detailed questions from Bloomberg News.

The Treasury Department’s 2018 sanction findings against Deripaska portray him as a key ally of Putin. He’s traveled on a Russian diplomatic passport and acted as a state emissary at Putin’s direction. The men are so close that Treasury officials allege Deripaska laundered money through his company for Putin and held assets on his behalf.

The billionaire has said in court papers that the allegations he laundered funds and held assets for Putin were false. In a 2019 Instagram post, he said the sanctions “have been arbitrarily imposed on me for political reasons.

Deripaska, who made his fortune running one of the world’s largest aluminum companies, lost his legal battle to lift the sanctions. In his 2019 lawsuit, he called the restrictions unjust and said they had erased billions of dollars of his wealth. Last month, an appeals court affirmed the judge’s dismissal of the lawsuit.

Deripaska has spoken out against the recent Russian invasion of Ukraine, calling for peace and describing the conflict as “madness in posts” on the messaging app Telegram.
At the time of the October raids, Deripaska issued a statement acknowledging ties to the New York and Washington properties, but said they belonged to relatives and decried the government investigation.

Deripaska and companies he controlled, including aluminum producer United Co. Rusal and EN+ Group, became targets for American authorities in the wake of Russian meddling in the 2016 presidential election. They were among dozens of Russian citizens and companies sanctioned in 2018 by the Treasury Department, which alleged they contributed to “worldwide malign activities,” including the 2014 invasion of Crimea, in southeast Ukraine.

The department alleged Deripaska had acted on behalf of a “senior official” of the government of the Russian federation, amid other accusations including money laundering, extortion, racketeering, bribery, involvement in organized crime and ordering the murder of a business rival.

The sanctions against Deripaska’s companies roiled global metals markets, leading to an agreement months later to lift the blockade against them after he agreed to reduce his ownership stake and relinquish control. But sanctions remained in place against him personally.

As part of Deripaska’s failed lawsuit, Treasury alleged in court papers that the unnamed senior official he acted on behalf of was Putin himself. It said Deripaska once canceled a public offering of his company to hide “Russian President Vladimir Putin’s money laundering through the company, as recently as September 2017, and that as recently as 2016 Deripaska had been holding assets and laundering funds on behalf of Putin.

On another occasion, Deripaska used his business activity as a cover to transfer funds for Putin’s personal use, according to the unclassified Treasury summary. And on multiple occasions, the summary says, Deripaska financed state projects at Putin’s direction, including an $800 million investment in the 2014 Sochi Olympics.

To seize assets as part of sanctions enforcement, FBI agents “have to make a showing that a crime has been committed, and the area to be searched contains evidence of a crime, fruits of the crime or property for use in a crime,” said Emil Bove, a former federal prosecutor in the national security unit of the Manhattan US Attorney’s Office who is now in private practice.

“The warrant would only authorize them to take the evidence if it hit one of those boxes. The agents would not have seized the items pursuant to that warrant if they didn’t feel they had a basis to believe the items fit one of those categories.”

In the New York raid, the FBI agents were looking for documents related to an entity called Gracetown Inc., people familiar with the matter said. State records show Gracetown was incorporated in 2006 by British businessman Graham Bonham Carter, its chief executive officer. He’s a second cousin of the actress Helena Bonham Carter.

According to New York records, Gracetown has managed property tax payments on the Greenwich Village townhouse associated with Deripaska since 2013.

Last month, a UK judge froze five bank accounts held by Bonham Carter at the request of British law enforcement, which said the money in them appeared to have come from Deripaska. It wasn’t clear if the accounts were business or personal. Bonham Carter worked as a London real estate manager for a company called Terra Services Ltd., which was also owned by Deripaska.

In seeking to freeze Bonham Carter’s bank accounts, the UK’s National Crime Agency said in a public statement that there were “reasonable grounds to suspect the money in them was derived from laundered funds tracing back to Deripaska. The accounts held a total of about 110,000 British pounds, or less than $150,000. A lawyer for Bonham Carter declined to comment.

The New York and Washington properties were both purchased in 2006, long before the sanctions, and are owned by different Delaware shell companies. While Deripaska has acknowledged ties to the homes, it isn’t clear whether he has a connection to the shell companies.

The two-story, off-white mansion not far from Washington’s wooded Embassy Row neighborhood looked somewhat neglected on a recent spring day. Weeds were growing in a side-yard and the only sign of activity was six boxes delivered by a telecommunications equipment company addressed to a “Carter Graham” — an apparent convolution of Graham Bonham Carter.

In Greenwich Village, the brick townhouse also seemed empty. A notice from the utility company on the front door warned the gas and electricity would soon be shut off if the $400 outstanding balance was not paid.