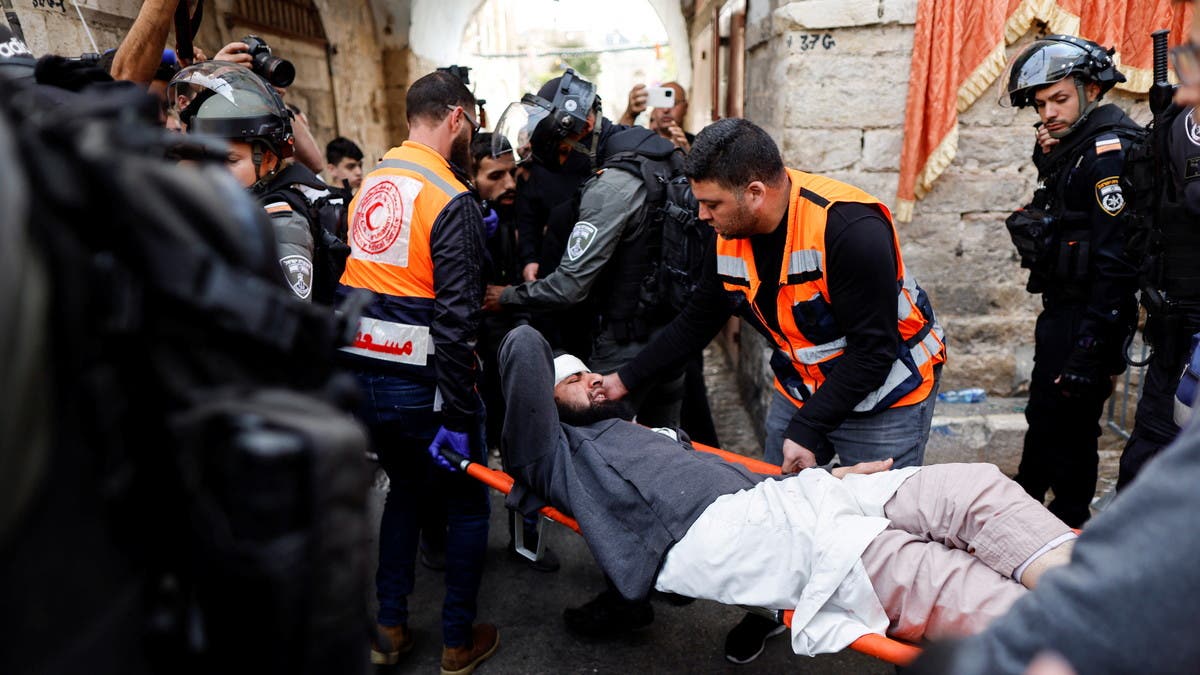 On Friday, at least 152 Palestinians were wounded in clashes with Israeli riot police inside the al-Aqsa mosque compound, the latest outbreak in an upsurge of violence that has raised fears of a slide back to wider conflict.

“We have already made our statements and we are continuing our contacts in response to the unacceptable attacks by Israeli security forces in the West Bank and al-Aqsa,” Foreign Minister Mevlut Cavusoglu told a news conference in Ankara.

“Our President will have a phone call with Israeli President Isaac Herzog as well,” he added.

The call comes after Erdogan on Sunday told his Palestinian counterpart Mahmoud Abbas that he condemned Israeli “intervention on worshippers” at Jerusalem’s al-Aqsa mosque and threats to its “status or spirit.”

It also comes amid recent efforts by Turkey and Israel to repair their long-strained ties.

Regional rivals Turkey and Israel expelled ambassadors in 2018 and have often traded barbs over the Palestinian conflict, Turkish support of the Hamas militant group, which runs Gaza, and other issues.

Earlier this month, Erdogan had told his Israeli counterpart Isaac Herzog, whom he also met in Ankara last month, that Ankara expected Israeli authorities to be sensitive over al-Aqsa during Ramadan and stressed the importance of allowing Palestinians to enter Israel.

While it has criticized the clashes in Jerusalem, Turkey’s reaction to the violence has been much calmer than in the past, when it had launched various initiatives at the UN and other platforms to condemn Israel and support Palestinians.

Last month, Turkish Foreign Minister Mevlut Cavusoglu said he would visit Israel and Palestine with Energy Minister Fatih Donmez in May and discuss the re-appointment of ambassadors with his Israeli counterpart during the visit.

UK not looking to help Russia, minister says on prospect of prisoner swap