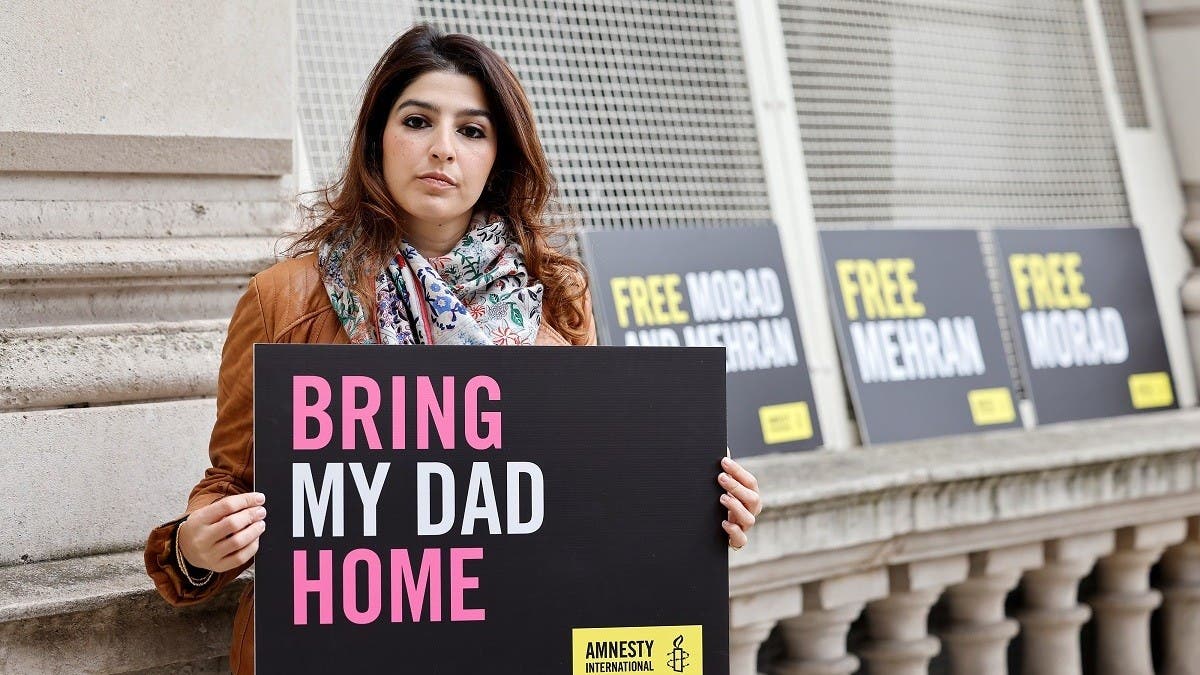 The UK government has “abandoned” Morad Tahbaz, an environmental campaigner held in Iran, his daughter said on Wednesday, a month after two other UK-Iranians were freed and returned.

Tahbaz, 69, who holds British, US and Iranian citizenship, remains in prison in Tehran while Nazanin Zaghari-Ratcliffe and Anoosheh Ashoori flew home in March after the UK government repaid a historic debt to Tehran.

The British government “led us to believe all this time that he was to be a part of any deal they were making for the other hostages,” Roxanne Tahbaz told AFP as she protested outside Britain’s foreign office in London.

“Yet he’s still there. He’s been abandoned by his government. And we have still yet to have any answers for that and a plan forward,” she said, holding a poster reading “Bring My Dad Home.”

Britain’s foreign ministry told Tahbaz’s family that when the other hostages were released, Iran had agreed to free Tahbaz on unrestricted curfew.

But Roxanne said that her father, who has been treated for cancer, was returned to Tehran’s Evrin prison within 24 hours of his partial release.

Officials from Foreign Secretary Liz Truss’s ministry have said that Tahbaz’s London-born father’s case was different because of his US nationality.

“The foreign office said that his situation was more complicated because the Iranians saw him as an American citizen,” Roxanne said.

“But we felt strongly that it wasn’t up to them actually, the UK should have stood their ground, he’s a British citizen. He was born here and that should have protected him.”

“We’ve been patient for four years, and quiet, just as advised, but we can’t wait any more,” she said.

Campaigners are also calling for British-Iranian labour rights activist Mehran Raoof, who was detained in October 2020, to be freed.

Amnesty International’s Sacha Deshmukh said he was at the protest outside Truss’s office “to send a message to the British government and to the foreign secretary that no one should be left behind.”

“The important thing for us to remember, whether it’s Mehran or Morad, or indeed Nazanin or Anoosheh when they were in prison before, is that we’re talking about ordinary people,” Amnesty UK’s CEO Deshmukh told AFP.

Politics, not substance, seen guiding US and Iran on terror listing

Russian soldiers dug up ‘many places’ in Chernobyl