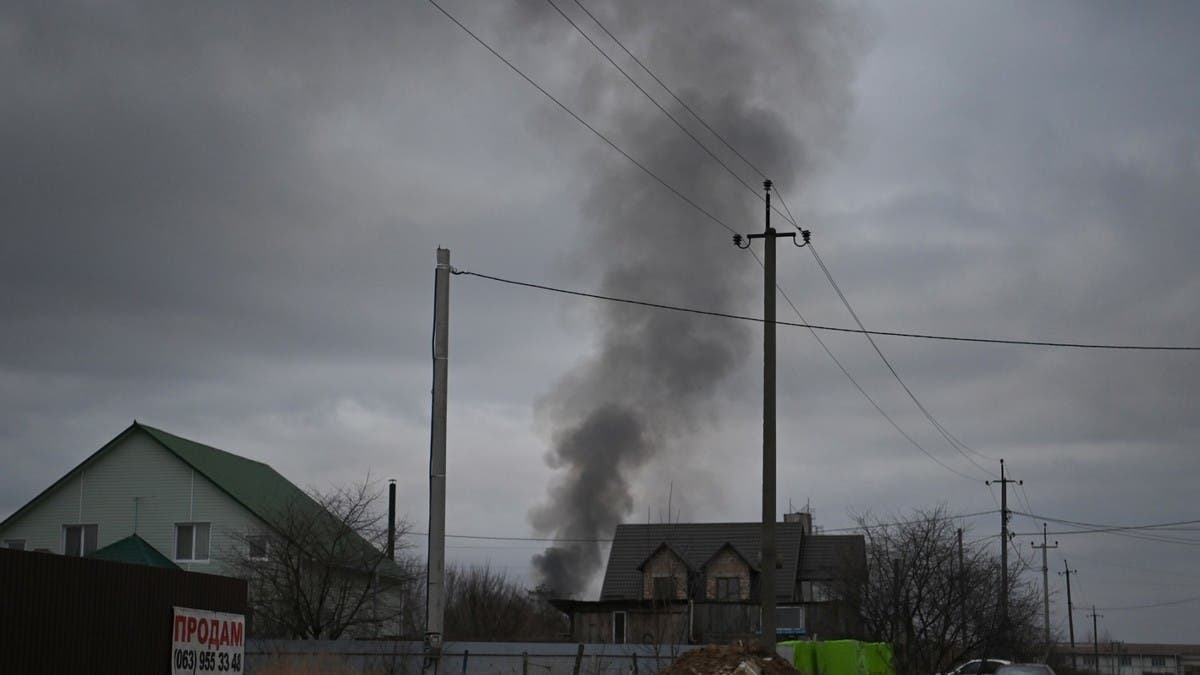 Russian and Ukrainian forces were on Thursday battling for an airbase on the northern outskirts of Kyiv after dozens of attack helicopters swooped south from Belarus towards the capital.

Russian airborne troops seized control of the Gostomel airfield, but Ukraine's leader President Volodymyr Zelensky vowed that they would be encircled and crushed.

“The enemy paratroopers in Gostomel have been blocked, and troops have received an order to destroy them,” Zelensky said, in a video address.

Earlier AFP reporters had seen helicopters flying low over the city from the north and Ukraine's commander-in-chief of the armed forces, Valeriy Zaluzhny, had confirmed: “Fighting is underway for Gostomel airfield.”

The Gostomel airfield, which is alongside the Antonov airport, is immediately on the northern edge of Kiev, and the fighting there is the closest that Russian forces had got to the Ukrainian capital on the first day of their invasion.

Lyudmila Klimova, a 58-year-old who lives nearby, said: “The base is smoking over there, it was bombed, our houses are nearby. We don't know where to run, my parents are here, my sister.

“Russian troops are there, a friend of mine lives there, and the Russians have already approached his mother with a machine gun.”

Alexander Kovtonenko, a 30-year-old civilian also living nearby, said that two fighter jets had fired missiles at Ukrainian ground units as the assault got underway.

“Then there was shooting, it lasted three hours,” he told AFP. “Then three more jets flew in and they started shooting again.”

Smoke was rising from the scene and social media images appeared to show an assault by helicopter-borne troops. CNN showed footage of Russian troops at the airport and a reporter said he had spoken to them.

Earlier, Ukrainian border guards had confirmed that Russian ground forces equipped with tanks had also crossed south over the Belarus-Ukraine border into the Kyiv administrative region, headed towards the capital.

The main Russian advance on the first day of the operation also came from the occupied region of Crimea, from where armoured columns pressed quickly towards the southern city of Kherson.

The Kherson regional government said 13 civilians had been killed, including two children, and nine Ukrainian soldiers have died during the fighting in the area.

Ukraine military plane with 14 aboard crashes near Kyiv