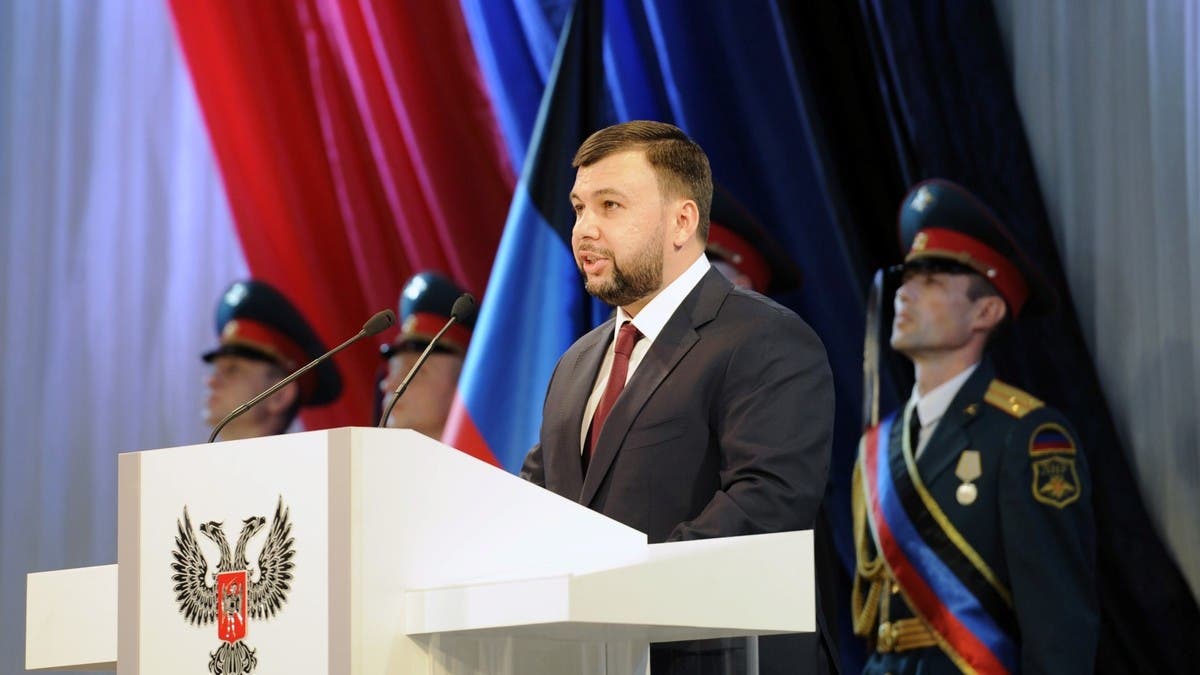 The Russian-backed separatist leader of a Ukrainian breakaway region said on Wednesday that Ukrainian government forces should withdraw from territory that his self-proclaimed state lays claim to and take their weapons with them.

TASS cited Denis Pushilin, head of the “Donetsk People's Republic”, as telling Russian state media that such a scenario would be the optimal one.

Russia this week recognized two breakaway Ukrainian regions, including Pushilin's, as independent states, drawing sanctions from the West and anger from Ukraine which calls people like Pushilin Russian proxies and wants its territory back.

The separatists lay claim to a much larger swath of territory in Ukraine than they currently control.

Pushilin had earlier said on Wednesday he wanted to peacefully settle the border issue with Ukraine via talks but reserved the right to ask “big Russia” for help.

But he also told a news conference the situation in their long-running conflict had become critical and the separatists had accelerated a mobilization of forces, in which healthy men between 18 and 55 have been called up to fight.

“We will win. With people like this, we will win. With such a country, with big Russia, which we respect and value,” he said. “We have no right to lose, or even to doubt in our victory.”

Russia's recognition of the self-proclaimed statelets on Monday was declared illegal by Western countries, which have imposed new sanctions against Moscow.

The move has taken the Ukraine crisis into a new phase as the treaties Russian President Vladimir Putin signed with separatist leaders on Monday provide a legal pretext for Russia to send in its forces in support of the separatists, who now control only a fraction of the two regions of eastern Ukraine that they claim.

Asked if they would try to expand their territory, Pushilin said: “We are not yet at that stage, we're at the stage when the enemy's forces are on the line of contact and can move onto the offensive at any moment.”

Ukraine strongly denies accusations by the separatists that it is bent on recapturing territory by force, and has rejected a series of Russian and separatist reports about alleged attacks.

Speaking alongside Pushilin, Andrey Turchak, a senior member of Russia's ruling party, said no force in the world could change the legal result of Russia's recognition.

“For us, the slogan 'Russia doesn't abandon its own people' – these are not empty words,” Turchak said. “I am glad we have all united around this idea, the Russian idea, the restoration and preservation of the Russian world.”

He said it was unlikely that any agreement could be reached with the current Ukrainian government.

US says Russian force ‘near 100 percent’ for Ukraine invasion