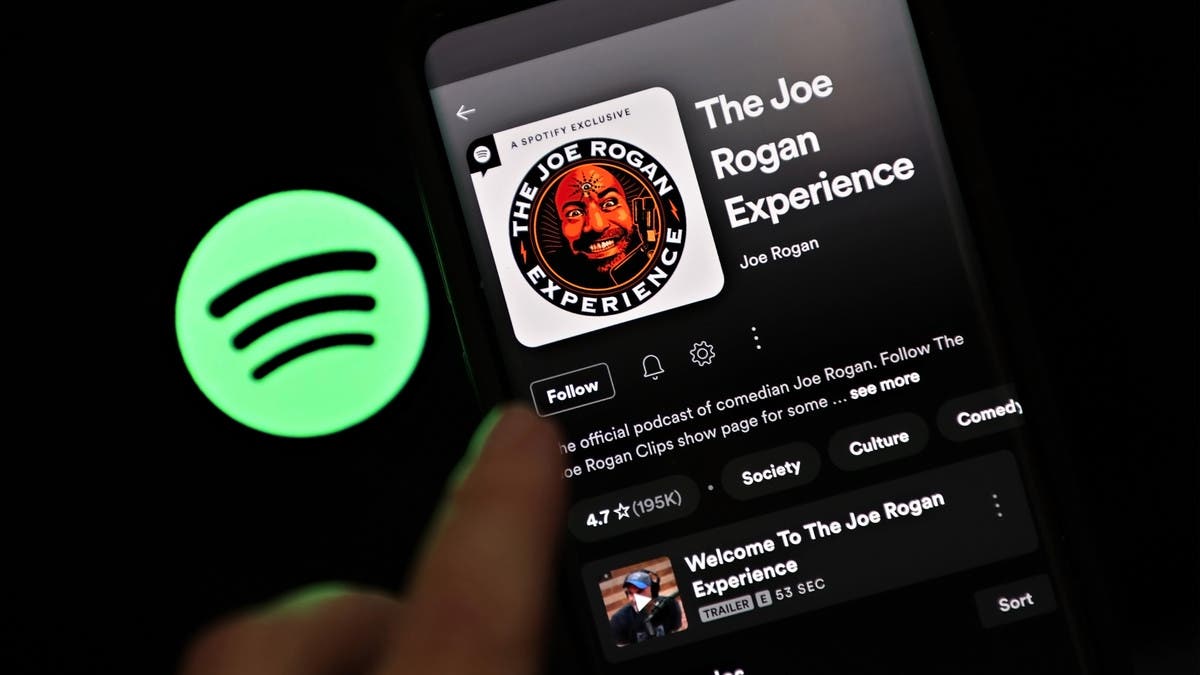 Joe Rogan’s mouth has put Spotify in a tough spot, but the streaming giant is apparently not ready to part ways with the popular podcast host despite intense criticism over his anti-coronavirus vaccine comments and racial slurs.

Spotify CEO Daniel Ek said in a message to employees released Sunday that the company would not part ways with Rogan.

“While I strongly condemn what Joe has said and I agree with his decision to remove past episodes from our platform, I realize some will want more,” Ek said in the note. “And I want to make one point very clear – I do not believe that silencing Joe is the answer.”

The letter is the clearest indication yet of where Spotify stands on Rogan’s fate with the company. It reportedly paid $100 million to exclusively host the podcast, so dropping Rogan threatens the bottom line but is also a key part of the company’s strategy to be a one-stop shop for audio.

“We should have clear lines around content and take action when they are crossed, but canceling voices is a slippery slope. Looking at the issue more broadly, it’s critical thinking and open debate that powers real and necessary progress,” Ek wrote. He said he was “deeply sorry” for the impact the controversy was having on Spotify’s workforce.

Whether Spotify continues to keep Rogan or cuts ties, the decision likely won’t sit well with one side or the other in an increasingly polarized country.

On race, the choice is between keeping Rogan and sending a message that society has become too “woke” or showing that Spotify is more attuned to a multiracial society, said Adia Harvey Wingfield, a sociology professor at Washington University in St. Louis.

“If Spotify says ‘We can’t drop him. He has the right to say what he wants,’ that continues on the line where there is this implicit support to say racist things on these platforms,” she said in an interview before Ek’s letter.

The streaming site also has to decide whether offensive words are allowable elsewhere on its app, where songs with racist, homophobic and anti-immigrant messages are available, said John Wihbey, a Northeastern University professor and specialist in emerging technologies.

“There’s some real self-examination to be doing beyond Joe,” Wihbey said. “This is a big moment of reckoning for entertainment and streaming platforms to see where the window is, what’s over the line.”

The bottom-line question should be pretty simple for Spotify, said Erik Gordon, a University of Michigan business and law professor. The conservative Rogan stands in contrast to the much more liberal musicians who generate the bulk of Spotify’s profits, he said.

“They can’t blow off the artists. The artists make Spotify,” Gordon said. “They need to settle up with Rogan, let him go to a home that will be consistent with who he is. And everybody will be better off.”

Having Rogan on Spotify is like having a political party with Donald Trump as the presidential candidate and liberal Elizabeth Warren as vice president. “It isn’t going to work,” Gordon said.

Spotify reports having 406 million active monthly users, up nearly 20 percent from last year, and advertising has grown largely because of podcasting. The company had 31 percent of the 524 million music streaming subscriptions worldwide in the second quarter of 2021, more than double that of second-place Apple Music, according to Midia Research.

Rogan’s public troubles started on January 24 when musician Neil Young asked to have his music removed because of concerns that Rogan was promoting skepticism about the COVID-19 vaccines. Other artists followed suit, including Joni Mitchell and Roxane Gay.

Spotify said previously that it would soon add a warning to all podcasts that discuss COVID-19, directing listeners to factual, up-to-date information from scientists and public health experts.

“They take this money that’s built from streaming, and they pay this guy $100 million, but they pay us like .003 percent of a penny,” Arie wrote. “I don’t want to generate money that pays that.”

Rogan apologized Saturday, saying that the slurs were the “most regretful and shameful thing” he has ever had to address and that he hasn’t used the N-word in years.

Ek told The Wall Street Journal last week that he took responsibility for being “too slow to respond” to the criticism over vaccine misinformation. It took the company five days to respond publicly to Young.

“It’s become clear to me that we have an obligation to do more to provide balance and access to widely accepted information from the medical and scientific communities guiding us through this unprecedented time,” Ek continued in a statement.

Rogan is an odd mix of shock-jock and host who leads discussions of public policy, arts and culture, Wihbey said, describing his brand as conservative “bro America.”

His comments were clearly racist, Wihbey said, but he hopes that Rogan will see this as a chance to substantively discuss race and vaccine issues in future episodes. His audience may not hear the discussions otherwise, Wihbey said.

“I do think that assembling this kind of audience is important,” he said. “He can say things that I think can move the needle.”

Wingfield said the controversy could be positive if it starts a shift to discussions of racial stereotypes.

“I think that if Joe Rogan kind of learns from this experience and becomes a driving voice for that conversation, that could be really valuable,” she said. “But I want to stress again that that’s a pretty big if, and I don’t know if it will come to that.”