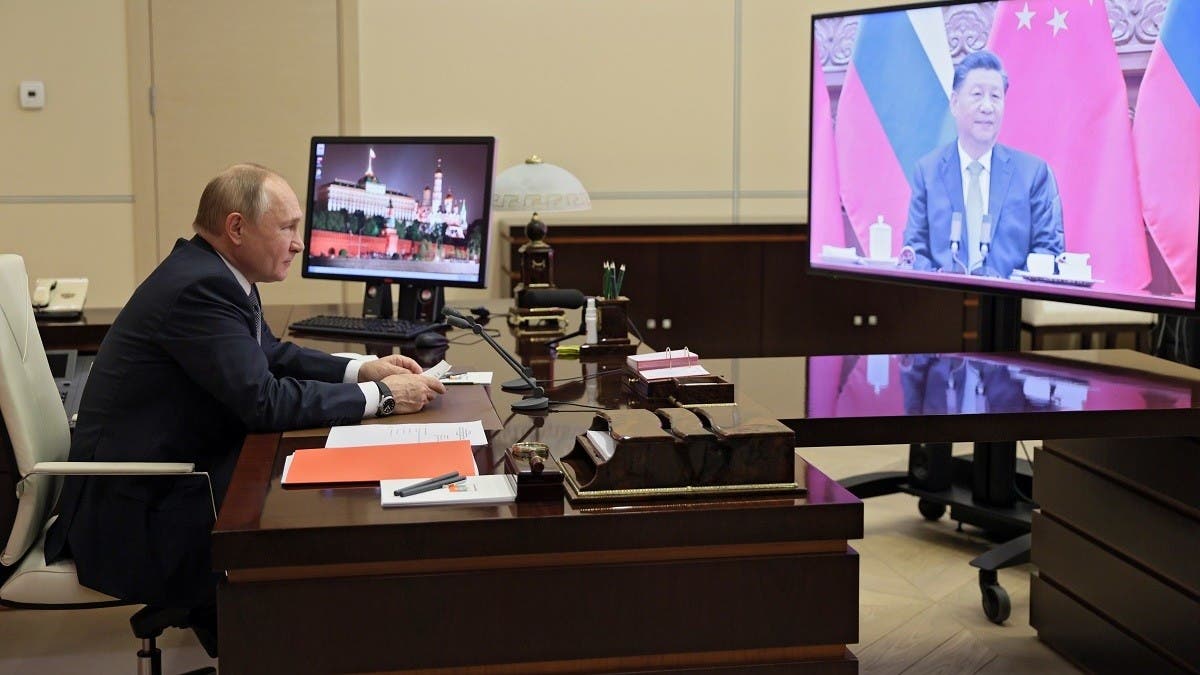 Russian President Vladimir Putin and Chinese leader Xi Jinping held a video call on Wednesday to discuss bilateral relations and international affairs, a summit that comes amid heightened tensions between Moscow and the West over a Russian troop buildup near Ukraine’s border.

In their opening remarks, Putin and Xi hailed relations between Russia and China, with the Russian leader declaring them “a proper example of interstate cooperation in the 21st century.”

“A new model of cooperation has been formed between our countries, based among other things on such principles as not interfering in internal affairs (of each other), respect for each other’s interests, determination to turn the shared border into a belt of eternal peace and good neighborliness,” Putin said.

Xi said that the Russian president “strongly supported China’s efforts to protect key national interests and firmly opposed attempts to drive a wedge between our countries.”

“I appreciate it very much,” the Chinese leader said.

Putin also said that he plans to meet with Xi in person in Beijing in February and attend the 2022 Olympics. “As agreed, we will hold talks and then take part in the opening ceremony of the Winter Olympic Games,” Putin said.

In recent years, China and Russia have increasingly aligned their foreign policies to counter US domination of the international economic and political order. Both have faced sanctions over their internal policies.

China has faced sanctions over abuses against minorities, especially Uyghur Muslims in Xinjiang, and for its crackdown on the pro-democracy movement in Hong Kong. Meanwhile Russia has faced international sanctions for annexing Ukraine’s Crimean Peninsula and over the poisoning and imprisonment of opposition leader Alexei Navalny.

Beijing and Washington also remain at odds over trade, technology and China’s military intimidation of Taiwan, which it claims as its own territory.

Russia’s relations with the US have sunk to post-Cold War lows after it annexed Crimea in 2014 and threw its weight behind a separatist insurgency in Ukraine’s east. Tensions have reignited in recent weeks after Moscow massed tens of thousands of troops near Ukraine’s border, a move Ukraine and the West feared may indicate plans of a new invasion.

Moscow has denied that it plans to attack Ukraine and in turn blamed Ukraine for its own military buildup in the war-torn east of the country.

Russian officials alleged that Kyiv might try to reclaim the areas controlled by the rebels by force, and Putin has pressed the West to provide legally binding guarantees that NATO will not expand to Ukraine or deploy its forces there.

US to blacklist 8 more Chinese companies over Uyghur surveillance: Report