SHARJAH, 9th December, 2021 (WAM) — The United Arab Emirates and the United Nations Educational, Scientific and Cultural Organisation (UNESCO) have signed an agreement to establish the International Centre for Safeguarding of the Intangible Cultural Heritage of Arab Countries in the Emirate of Sharjah.

The Centre, aimed at strengthening the efforts of the Emirate of Sharjah and the UAE in protecting and promoting intangible cultural heritage, will be based at the Sharjah Institute for Heritage (SIH).

The ceremony took place at the House of Wisdom in Sharjah, where the agreement was signed by Noura bint Mohammed Al Kaabi, Minister of Culture and Youth and Chair to the National Commission for Education, Culture and Science, and Audrey Azoulay, Director-General of the UNESCO, in the presence of Sheikha Bodour bint Sultan Al Qasimi, President of the International Publishers Association (IPA) and Founder and CEO of the UAE-based Kalimat Group (KG), Dr. Abdulaziz Al Musallam, Chairman of the Sharjah Institute for Heritage and Abdullah Al Owais, Chairman of Sharjah Department of Culture, and Salma Al Darmaki, Secretary-General of UAE National Commission for Education, Culture, and Science, Sheikh Salem Al Qassimi, UAE Permanent Delegate to UNESCO.

Al Kaabi emphasised the leading role played by the UAE in preserving and protecting intangible cultural heritage, saying that the country’s work in this field benefits all humanity. She added that global cooperation and partnerships are required to preserve this legacy for future generations, and to establish institutions capable of reaching this goal.

She pointed out that the establishment of the International Centre for Safeguarding of the Intangible Cultural Heritage of Arab Countries in the Emirate of Sharjah confirms UNESCO’s confidence in the UAE and its ability to deliver the necessary capabilities, as well as the Emirate of Sharjah’s distinguished position in the field of culture and heritage.

For his part, Dr. Al Musallam welcomed the announcement of the establishment of the Centre, which will undoubtedly boost the Emirate of Sharjah’s position, and that of the UAE, in the creative and cultural economy, establishing it as a pioneer in the preservation and promotion of the intangible cultural heritage at the regional and global levels, praising the directives and efforts of H.H. Dr. Sheikh Sultan bin Muhammad Al Qasimi, Supreme Council Member and Ruler of Sharjah, in supporting and preserving the intangible cultural heritage, and the parties involved in its promotion and preservation.

Al Musallam said, "Intangible cultural heritage is one of the key components of human civilisation and serves as an indication of the renaissance and progress of peoples and societies. Its preservation can help achieve reconciliation between cultures and nationalities, establishing among them the values of understanding, cooperation, and peace. The International Centre for Safeguarding of the Intangible Cultural Heritage of Arab Countries will serve as a beacon for achieving these goals, towards which all nations stive."

He stated that enhancing the capacity of those working in the field of intangible cultural heritage contributes to encouraging intercultural dialogue and fostering mutual respect among all. He added that protecting the identity and cultural diversity of a population is vital, and that all elements related to heritage, from customs, traditions, rituals, and practices to skills, arts, and crafts, should be protected and preserved.

Under the auspices of UNESCO, the Centre will work to implement short- and long-term capacity-building programs and activities in the field of intangible cultural heritage, based on the program developed by UNESCO for the effective implementation of the 2003 Convention, and to adapt capacity-building materials and data developed by UNESCO to fit the regional context and ensure its translation into Arabic.

The Centre will also build communication networks between concerned communities, groups, and individuals to support the transmission and dissemination of intangible cultural heritage, organise events and public meetings at the regional and international levels, and exchange information and knowledge related to the protection of intangible cultural heritage.

It is worth noting that the Emirate of Sharjah also hosts the Arab Regional Centre for World Heritage (ICCROM-Sharjah), which was established in 2011 by the International Centre for the Study of the Preservation and Restoration of Cultural Property (ICCROM), an affiliate of UNESCO, in partnership with the Government of Sharjah. This Centre seeks to enhance the capabilities of workers across the official heritage institutions of the Member States to enable them to sustainably manage cultural heritage sites, historical monuments, and museum collections. 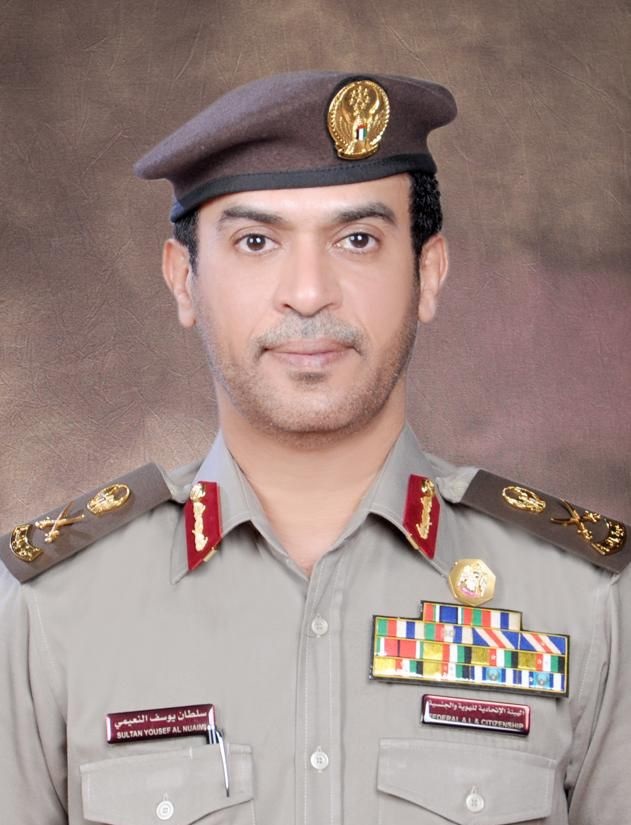 Director-general of Residency and Foreigners Affairs will be responsible for preparing policies and strategies related to the entry and residence of foreigners to the UAE; Supervising the issuance of entry visas and residence permits of all kinds; Implementing decisions and procedures regulating external borders (air, sea and land borders), both at entry and exit, in coordination with the concerned authorities.

Also, the director-general of Residency and Foreigners Affairs at the Federal Authority for Identity, Citizenship, Customs & Port Security, will be responsible for the implementation of supervision and field inspection operations on establishments and free zones in coordination with the concerned authorities, to ensure their compliance with the Law. In addition to developing related services in line with the UAE’s vision and directions in this regard.

The Dubai Traffic Police has recently warned motorists against using police and emergency vehicle warning lights, after two vehicles were spotted on the road taking advantage of the exclusive entitlement of the police to be given way in case of emergency.

Col bin Suwaidan stated further that the police patrols had impounded two vehicles on two separate occasions for illegally fitting their vehicles with using emergency warning lights similar to the police, giving other motorists a false impression of authority to give way.

“We have spotted one at the Emirates Road and the other at Sheikh Mohammed Bin Zayed Road. Reports were filed against the two, and their vehicles were confiscated and fined,” he added.

“Art is the mirror of history and a true reflection of the extent of the civilised development of society.”

I feel a special state of spiritual and intellectual transcendence. ” Her Highness Sheikha Dr. Shamma expressed her conviction in the value of the arts and their being a title for advanced people and civilizations. This statement came during Her Highness’ visit to the Gallery in the British capital, London, at the beginning of her meetings and her visit as part of Her Highness’s cultural and knowledge programme for knowledge and human communication.

The Courtauld Gallery is interested in the history of the arts through different ages and human civilizations, and many of the senior art historians in the British scientific community belong to it. The Museum: Edouard Manet, Vanessa Bell, and Lucas Cranach (Painting of Adam and Eve), as well as the French artist Pierre Auguste Renoir, the Dutch artist Van Gogh, and many other artists.

Her Highness held a meeting with the director of the gallery and the work team, where she thanked and appreciated them for their good reception. During the meeting, ways of cooperation between Sheikh Mohammed bin Khalid Al Nahyan’s cultural and educational institutions and between the Courtauld institutes were discussed, and experiences were exchanged in the field of presenting. There were lectures and technical workshops between the Emirati technical cadres and the technical cadres of the college, and Her Highness announced during the meeting the launching of the (Emirati Miniatures) initiative, which will be launched next October. It is an initiative dedicated to Emirati artists, using palm fronds as a basis for drawing accurate artistic miniatures that express the Emirati and human heritage. Her Highness invited them to attend the exhibition of the artworks participating in the initiative. Professor Deborah was very impressed with the idea of the initiative, especially the use of date palms, as they represent a heritage value in desert communities.

At the end of the meeting, Her Highness gifted the college a set of publications that talk about art in the United Arab Emirates, as part of the (Knowledge for Humanity) initiative launched by Her Highness last year, which aims to make the world know the Emirati civilization and its ancient folk heritage by donating museums and universities. To be among its holdings, with knowledge sources of books and technological means that define the UAE between the past, present, and future.