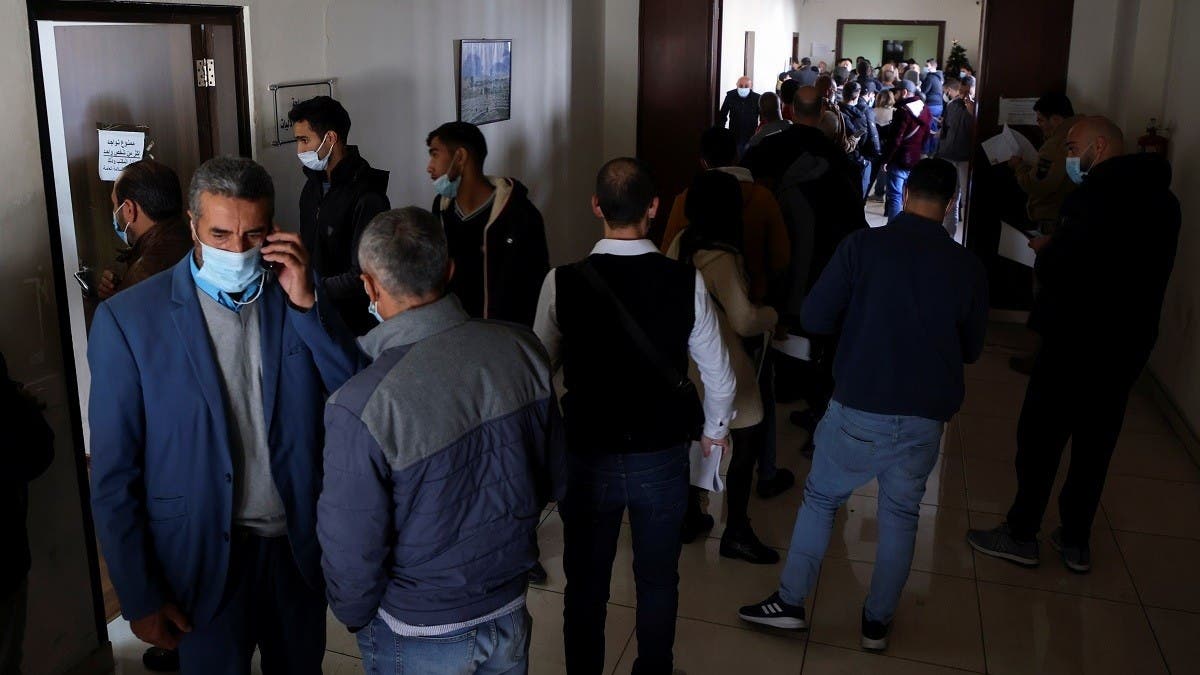 After waiting in line for hours to register his car at a vehicle licensing agency in a suburb north of Beirut, Amine Gemayel’s patience is running thin.

He has already visited the branch in Dekwaneh several times for what should be a simple procedure, without success.

The only way to get his paperwork done any faster would entail breaking the law by paying someone off – a dilemma facing all Lebanese trying to access basic services as their public institutions buckle under a catastrophic financial crisis and perennial political paralysis.

“It’s a great burden on citizens,” Gemayel said. “I know that to complete my procedure I need to use a middle-man.”

The country’s public sector has long been regarded as bloated, lethargic and rife with corruption. It’s now falling into further disarray due to an economic crisis that has left some eight in 10 people poor, according to UN agencies.

Such an environment breeds corruption, said George Attieh, who heads Lebanon’s public sector watchdog. He accuses many government employees of using the growing disarray of the state to ask for bribes in return for issuing citizens’ crucial paperwork.

“The situation is incomparable to before the crisis,” Attieh said. “If I look to how it was in 2018 and how it is now you can’t recognize the public sector. There are much more complaints, hundreds of complaints … mostly about bribery and intentional delays by employees in order to impose bribes.”

Before the crisis, most civil servants earned salaries worth around $1,000 and up; today, most are earning around a tenth of that after a currency crisis led the Lebanese pound to lose more than 90 percent of its value.

Some public sector workers have since the beginning of November been staging an open-ended strike over better pay and living conditions.

Others simply can’t make it into work: A full tank of gas can eat up more than half of their monthly wage and benefits.

Most Lebanese now struggle to put food on the table and are seeking to permanently leave the country, according to a recent poll by US-based polling company Gallup.

To help its employees cope, Lebanon’s government has promised to triple their daily transportation allowance and provide public employees with an extra half salary per month, but has not yet done so.

It has also been slow to provide other forms of badly needed social assistance despite funding being available. The cabinet has not met for nearly two months amid a row over the probe into the August 2020 Beirut port blast, leaving it unable to implement measures demanded by the international community to unlock aid.

Outside the vehicle registration office in Dekwaneh, Roy Mghames, 20, was also waiting in line.

“You either come and wait like other people and they tell you to come back next week, or you get your things done on the quick,” he said.

“You have to give it to them under the table.”

The director-general of the Traffic and Vehicles Management Authority, Hoda Salloum, was herself charged with corruption, including illicit enrichment and wasting public funds in February 2020, allegation she denies. She was released on bail and remains in her position.

Salloum told Reuters she had worked to increase transparency at the public institution by digitizing procedures, but hourslong state power cuts and a shortage of funds to buy fuel for backup generators meant these systems were often offline.

Hers is just one of Lebanon’s public institutions which do not know if they will still be operating in a month’s time.