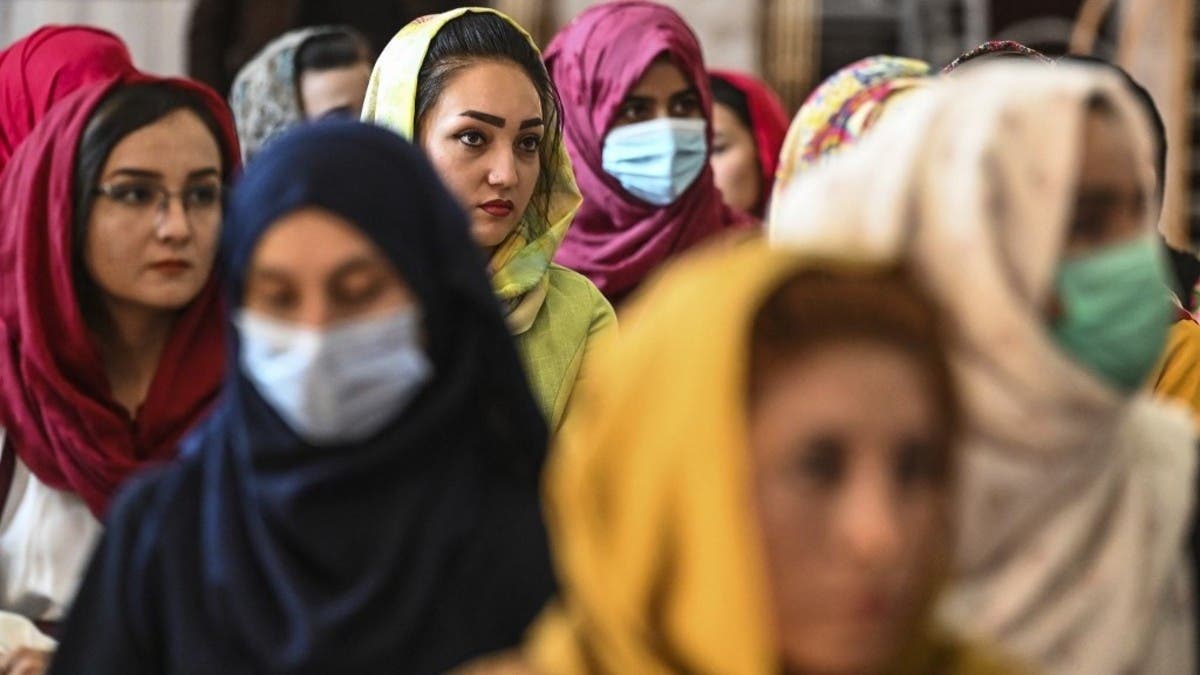 A female judge, Muska, was hiding with her family from newly empowered Taliban militants in Afghanistan when an apparent reading mistake 7,000 miles away helped to drastically change her life.

Brazilian President Jair Bolsonaro opened his nation’s doors to potential refugees from the Asian nation during remarks at the United Nations General Assembly on Sept. 21.

“We will grant humanitarian visas for Afghan Christians, women, children and judges,” he read on the teleprompter — apparently mispronouncing the final word, which was “jovens” — youngsters — in his printed speech as “juizes,” or judges.

Error or not, his government fulfilled that offer.

Muska and her family were taken by bus to the northern city of Mazar-i-Sharif and were then flown to Greece with six female colleagues.

By the end of October, they found themselves in Brazil — a country with very little in common with Afghanistan beyond their shared love of soccer.

Speaking to international media for the first time, Muska told The Associated Press this week that she and the other judges still fear retribution from the Taliban — some of whose members had been sentenced for various crimes in their courts.

She asked that her true name not be used, nor her precise location — at a Brazilian military installation — be published. Her colleagues declined to speak to the news media.

Muska had been a judge for almost ten years before the Taliban captured power in August and she said her home in the capital, Kabul, had recently been searched.

Afghanistan had about 300 female judges, Muska said, and many are now in hiding, their bank accounts frozen.

“We knew they (the Taliban) wouldn’t let the women judges work. We would have serious threats to our lives,” she said. “They released all the criminals from the prison. These were the criminals that we sentenced.”

The judges who remain “are very scared, in hiding. They have serious financial problems, no salary, lost their jobs, had their bank accounts blocked. They are still in danger,” the judge said. “It is not good in Kabul.”

The Taliban won widespread support in Afghanistan in part because the toppled US-backed government was widely seen as corrupt.

“But women judges were the bravest, strongest and most honest officials in the previous administration,” said Muska, who said the decision by US President Joe Biden to end American presence in the country meant she quickly had to leave.

“Everything happened suddenly,” she said.

Judge Renata Gil, the head of the Brazilian Association of Magistrates that is sponsoring the refugees, said the Afghans arrived “in a lot of fear, still feeling threatened.”

“They are being chased because they convicted Taliban fighters,” she said noting that she herself had received death threats “because I sentenced drug dealers. For women this is much harder.”

Speaking at the association’s headquarters in the capital, Brasilia, she said, “I hope they are able to live their lives independently. But as long as they need, we will be here to help.”

The judges and their 19 family members — apparently the only Afghan refugees who have come to Brazil since the Taliban returned to power — now have Brazilian bank accounts and health care. Those who can are taking lessons in Portuguese.

It’s not clear yet what the future holds for them in Brazil, where at least they are protected. But Muska said they’d like to return home one day.

“I hope I can join my family members in Kabul. I have this dream I am in my house. I miss everything,” the judge said.

Muska hasn’t seen much of Brazil due to security reasons, difficulties with the language and her own fears. But she has found people with empathy for her situation.

“They cry with us, we know they can sense our feelings,” the judge said with tears in her eyes.

Muska’s three children, including a toddler, are also having a tough time adapting. The judge used to have her parents and nannies to help, but in Brazil she’s largely on her own, while worrying about her future, and theirs.

The children look happy and energetic as they run and jump at a public playground, speaking Dari among themselves. But the judge said her eldest daughter has questions she cannot answer.

“She is always asking about my parents, her friends, her cousins,” Muska said. “She always asks us questions about the Taliban, if they will kill us.”

Despite the difficulties, Muska said she believes the future will be brighter for her children than for those still in Afghanistan.

“I have hope for them. That they have their studies in a good situation, in a good educational system,” she said. “They will have their choice on what they can do.”

Afghanistan banking system at risk of collapse, cost could be ‘colossal:’ UN report

ISIS in Afghanistan ‘under control’: Taliban 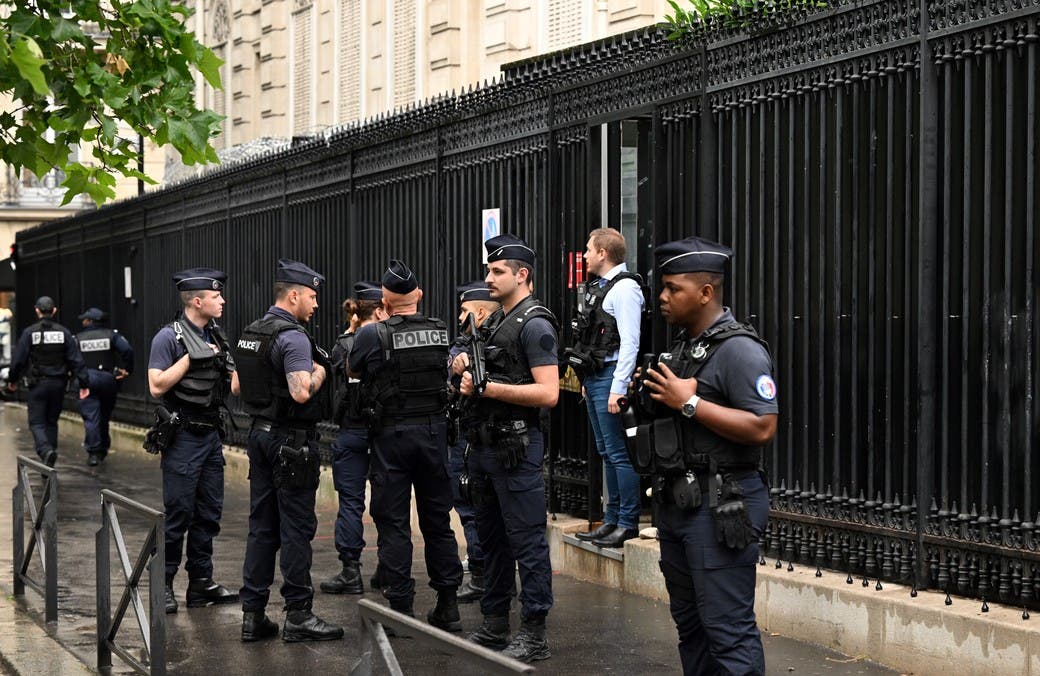 A security guard was killed in the early hours of Monday inside the Qatar Embassy in Paris in an incident that does not appear to have any links to terrorism, a source close to the investigation said.
The incident took place at around 0630 (0430 GMT), the source said, adding that the suspect had entered the embassy and had a row with the security guard, who died after being punched. 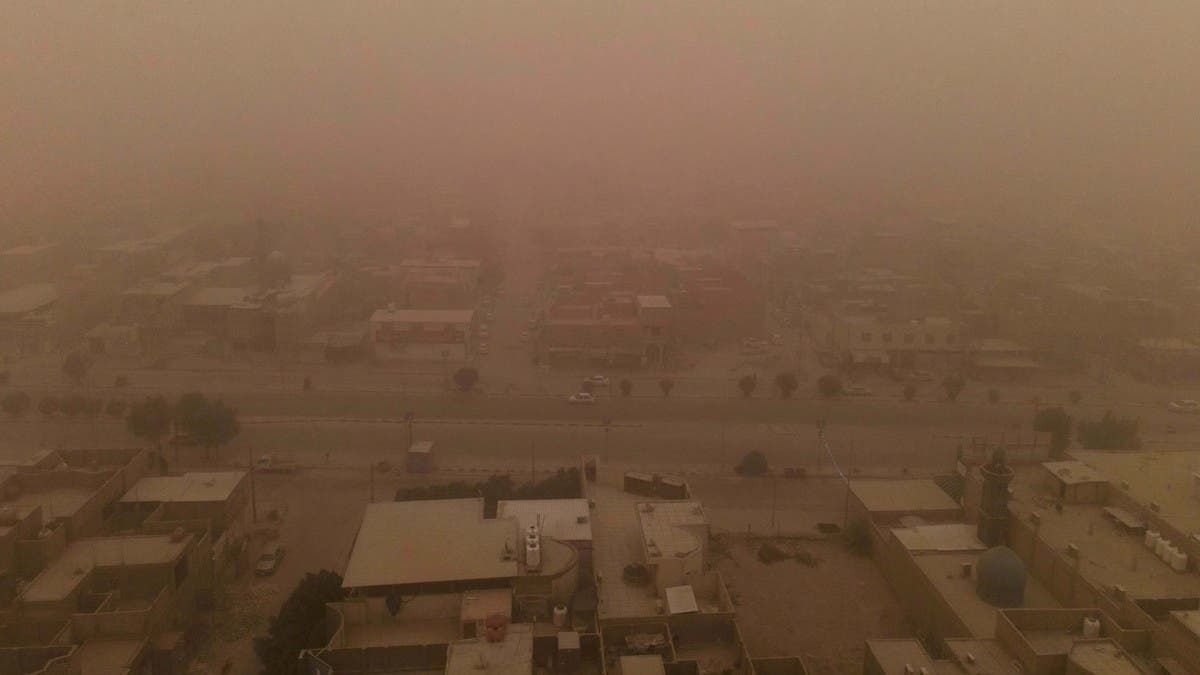 Prime Minister Mustafa al-Kadhemi ordered all work to cease in public institutions, with the exception of health facilities and security agencies.

He cited “poor climatic conditions and the arrival of violent sandstorms” in a statement issued by his office.

Iraq is ranked as one of the five most vulnerable nations to climate change and desertification.

The environment ministry has warned that over the next two decades, Iraq could endure an average of 272 days of sandstorms per year, rising to above 300 by 2050.

Air traffic was suspended Monday at international airports in Baghdad, Erbil and Najaf, according to statements issued by each airport, before authorities announced later in the morning that flights were resuming at Baghdad and Erbil.

The previous two sandstorms killed one person and sent nearly 10,000 people to hospital with respiratory problems.

The Middle East has always been battered by sandstorms, but they have become more frequent and intense in recent years.

The trend has been associated with rising heat and water scarcity, overuse of river water, more dams, overgrazing and deforestation.

Oil-rich Iraq is known in Arabic as the land of the two rivers, in reference to the Tigris and Euphrates.

Iraq’s environment ministry has said the weather phenomenon could be addressed by increasing vegetation cover and planting trees that act as windbreaks. 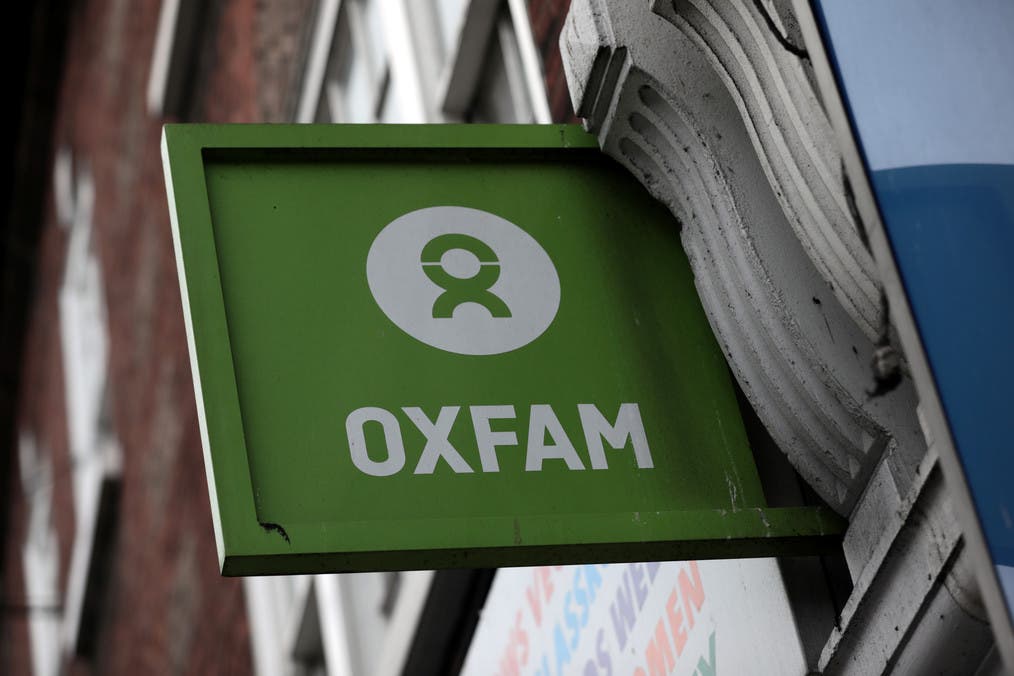 The COVID-19 pandemic has created a new billionaire every 30 hours and now one million people could fall into extreme poverty at the same pace, Oxfam said Monday as the Davos summit returns.

The international charity said it was time to tax the rich to support the less fortunate as the global elite gathered at the Swiss mountain haven for the World Economic Forum after a two-year Covid-induced absence.

Oxfam said it expects 263 million people to sink into extreme poverty this year, at a rate of one million every 33 hours, as soaring inflation has added a cost-of-living crisis on top of COVID-19.

By comparison, 573 people became billionaires during the pandemic, or one every 30 hours.

“Billionaires are arriving in Davos to celebrate an incredible surge in their fortunes,” Oxfam executive director Gabriela Bucher said in a statement.

“The pandemic and now the steep increases in food and energy prices have, simply put, been a bonanza for them,” Bucher said.

“Meanwhile, decades of progress on extreme poverty are now in reverse and millions of people are facing impossible rises in the cost of simply staying alive,” she said.

Oxfam called for a one-off “solidarity tax” on billionaires’ pandemic windfall to support people facing soaring prices as well as fund a “fair and sustainable recovery” from the pandemic.

It also said it was time to “end crisis profiteering” by rolling out a “temporary excess profit tax” of 90 percent on windfall profits of big corporations.

Oxfam added that an annual wealth tax on millionaires of two percent, and five percent for billionaires, could generate $2.52 trillion a year.

Such a wealth tax would help lift 2.3 billion people out of poverty, make enough vaccines for the world and pay for universal health care for people in poorer countries, it said.

Oxfam based its calculations on the Forbes list of billionaires and World Bank data.