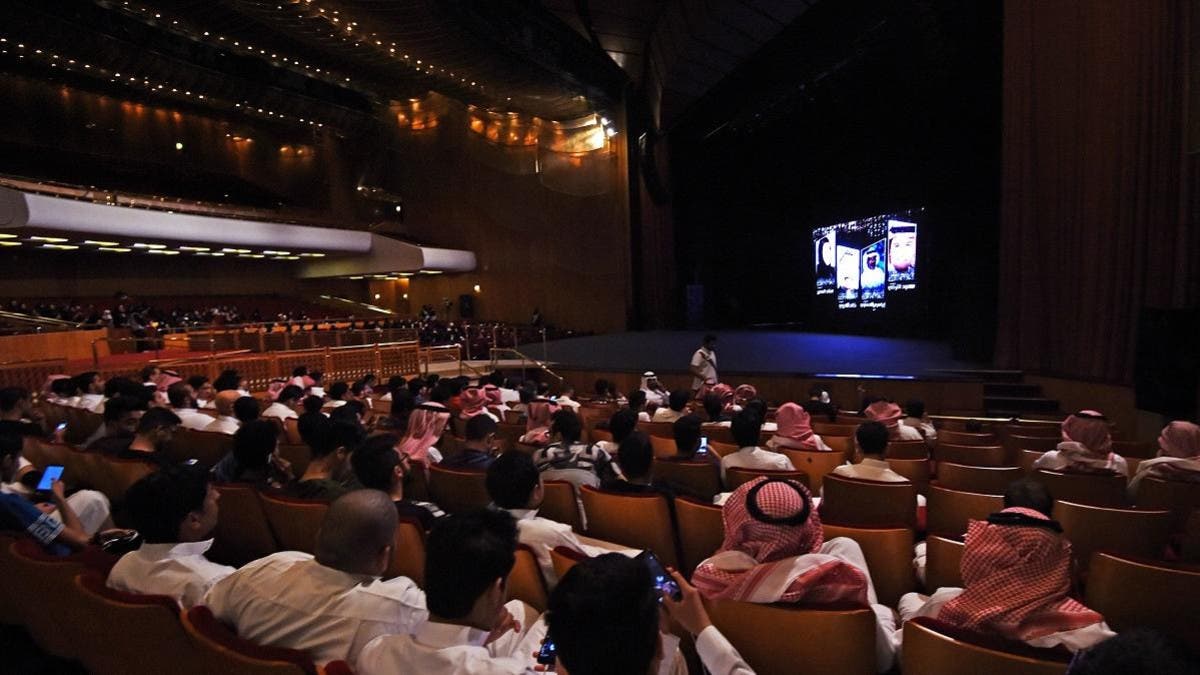 Saudi Arabia’s Film Commission launched a strategy on Sunday setting out key pillars and initiatives that will establish the Kingdom “as a world-class film hub with a target to build an industry with a revenue of $500 million,” the official Saudi Press Agency (SPA) reported.

The press agency reported that a new Saudi Film Institute will be launched, dedicated to film production and professional training in cinematic storytelling, and wider creative and technical skills, such as sound engineering and animation.

The Saudi Film Commission will also establish a National Archive of Films through the collection, digitization and preservation of historical Saudi films and audiovisual content, while also preserving the equipment used.

SPA said an investment and awareness program to attract local and international film studios, private entities and suppliers will “strengthen the filmmaking value chain,” adding that an online one-stop-shop will be launched, where permits, licenses, visas and other requirements can be easily applied for.

“The Saudi film sector has gone from strength to strength with the emergence of the sector providing once-in-a-lifetime business opportunities and partnerships,” Saudi Film Commission CEO, Abdullah al-Qahtani, was quoted by SPA as saying.

“The strategy provides our roadmap to achieve our aspirations of making Saudi a global hub for film production and talent. The cinema industry in Saudi is one of the fastest growing in the Middle East, which is further evidence that the Saudi film sector is the emerging market to watch,” he added.

The commission’s strategy focuses on six areas: Ensuring a world-class talent pipeline and ensuring homegrown talent can compete with the best, creating a film sector that can compete in terms of services, offerings and incentives, boosting domestic film production, attracting further international production houses, embedding a regulatory framework that enhances the quick development of the sector, and promoting and distributing Saudi films in regional and international markets.

The strategy launch comes ahead of the Kingdom’s inaugural Red Sea International Film Festival (RedSeaIFF), which is set to run from December 6 until December 15 in Jeddah Old Town, a UNESCO World Heritage Site.

As the Kingdom’s first international film festival, RedSeaIFF is for “film lovers, filmmakers, and the global film industry,” according to organizers. They also announced that 27 films by Saudi film makers will be featured.

Merriam-Webster picks ‘vaccine’ as the 2021 word of the year 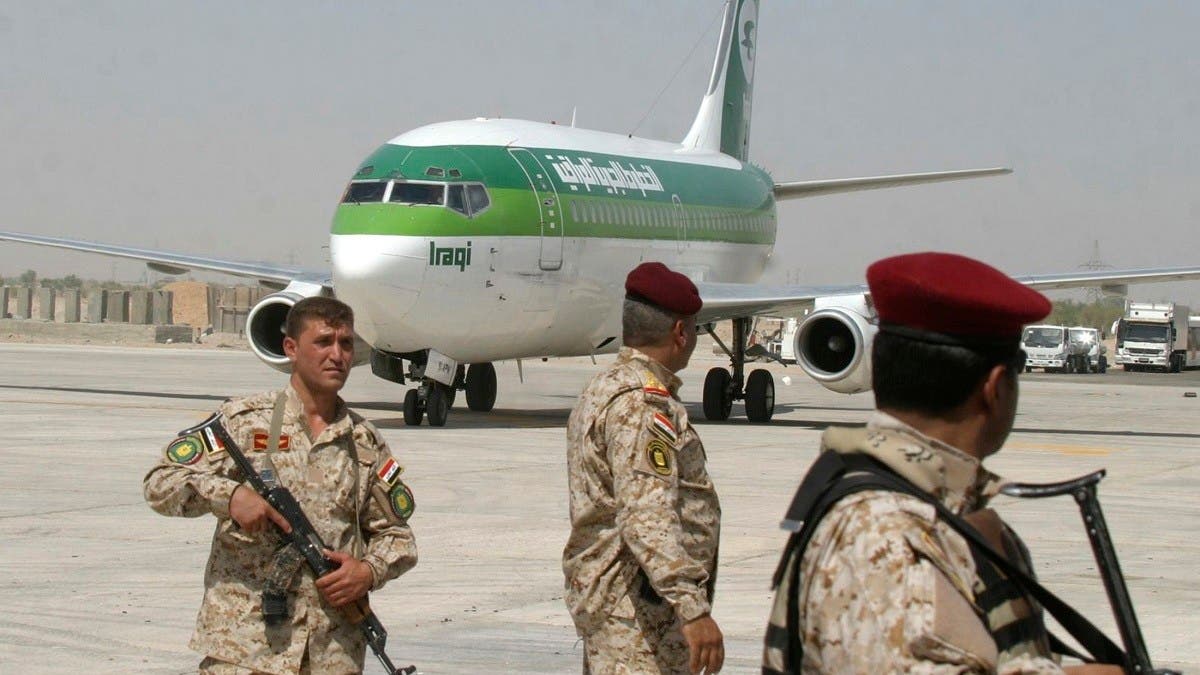 Iraqi aviation authorities have been left red-faced after a 10-year-old boy on his own boarded an Iran-bound plane from the international airport in Najaf city after several security checks.

The airport authorities said Wednesday they would review security after the boy passed under the radar of seven checks, mixing in with large crowds of travelers.

About five hours after his arrival at the airport on Monday night, “the plane crew contacted us about him,” he said.

“Anyone who failed in their duties will be sanctioned, fired or transferred” after an investigation, the official said.

According to a security source, his parents who live in a district near the airport had informed police of his disappearance.

Iraq’s civil aviation authority said a private firm had since 2019 been in charge of security at Najaf airport, which receives hundreds of thousands of pilgrims a year.

“All legal procedures” would be taken against the company once the investigation has been completed, it said.

British model Kate Moss on Wednesday dismissed reports that her former boyfriend Johnny Depp once threw her down a flight of stairs, saying it never happened.

“He never pushed me, kicked me or threw me down any stairs,” said Moss, who was testifying as a witness at Depp’s defamation trial against his former wife Amber Heard.

The 58-year-old Depp filed suit against Heard over an op-ed she wrote for The Washington Post in December 2018 in which she described herself as a “public figure representing domestic abuse.”

Heard, 36, did not name the “Pirates of the Caribbean” star in the op-ed, but he sued her for implying he was a domestic abuser and is seeking $50 million in damages.

The Texas-born Heard countersued, asking for $100 million and claiming she suffered “rampant physical violence and abuse” at his hands.

Heard, during her testimony earlier this month, mentioned a reported incident in which Depp was alleged to have pushed his former girlfriend Moss down a flight of stairs.

That reference provided an opening to Depp’s lawyers to call Moss as a witness to address the allegation and she testified by video link from Gloucestershire, England.

She was asked about an incident which occurred during a vacation the couple took to a resort in Jamaica.

“We were leaving the room and Johnny left the room before I did,” Moss said. “And there’d been a rainstorm and as I left the room I slid down the stairs and I hurt my back.”

“And I screamed because I didn’t know what had happened to me and I was in pain. He came running back to help me and carried me to my room and got me medical attention.”

Heard: Depp team of enablers shielded his drug, alcohol use

Depp libel suit moves ahead against Heard after resting case 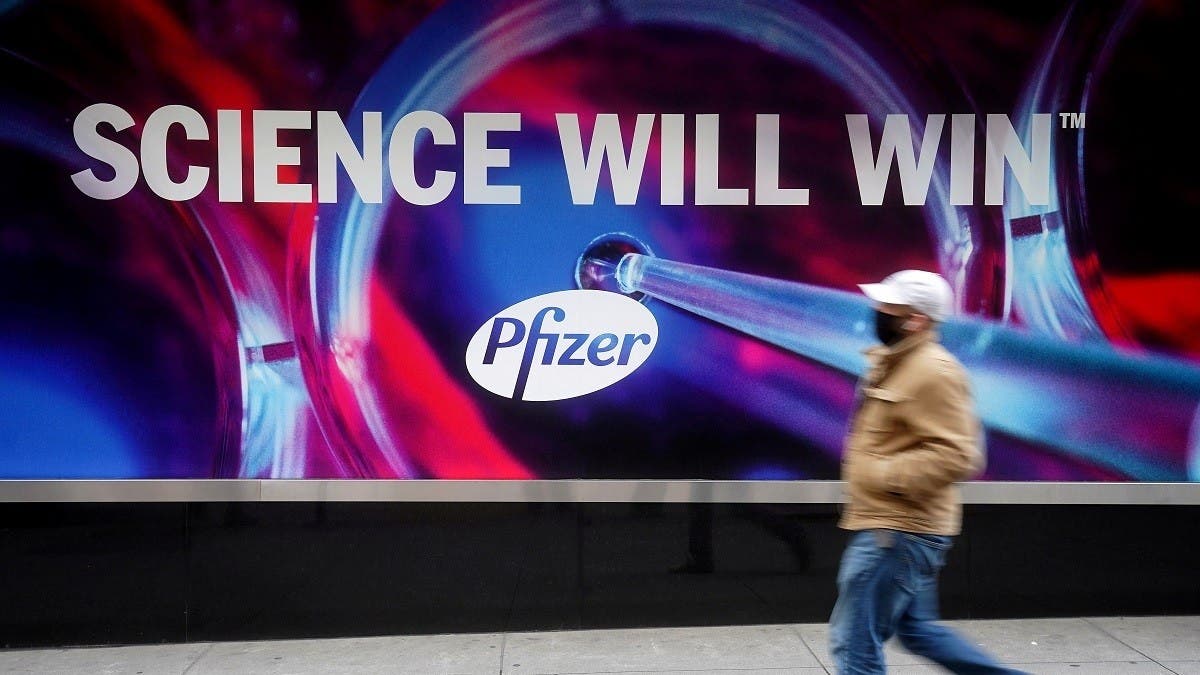 Pfizer Inc will make all of its patented medicines including COVID-19 treatment Paxlovid and big-selling breast cancer drug Ibrance available at a not-for-profit price to 45 of the world’s poorest countries, the drugmaker said on Wednesday.
These countries lack good access to innovative treatments. It can take four to seven years longer for new treatments to become available in low-income countries, according to the Bill & Melinda Gates Foundation, if they become available at all.

For the latest headlines, follow our Google News channel online or via the app.
Pfizer said its plan includes 23 wholly-owned, patented medicines and vaccines that treat infectious diseases, certain cancers, and rare and inflammatory diseases. In addition to Paxlovid and Ibrance, the list includes pneumonia vaccine Prevnar 13, rheumatoid arthritis drug Xeljanz and cancer treatments Xalkori and Inlyta.
The COVID-19 vaccine Comirnaty developed with BioNTech SE was also on the list.
Chief Executive Albert Bourla said in an interview that all the medicines being made available should be of use.
“But clearly the antiviral (Paxlovid) is going to be a very big deal for them — if they need it they can get it immediately,” he said.
When Pfizer launches new medicines and vaccines, they will also be included in the drug portfolio at a not-for-profit price, it said.
The 27 low-income countries and 18 lower-income countries included in what Pfizer is calling “An Accord for a Healthier
World” cover most of Africa and much of Southeast Asia. Five countries — Rwanda, Ghana, Malawi, Senegal and Uganda — have already committed to joining the accord, which was announced at the World Economic Forum in Davos.
Malawi President Lazarus Chakwera said in a statement the accord will allow the countries and the drugmaker to share “the
burden of costs and tasks in the production and delivery of supplies that will save millions of lives.”
Pfizer has been criticized for how it rolled out its COVID-19 vaccine, with some poorer countries waiting for months after the earliest doses arrived in wealthier countries.
Bourla said the new accord has been informed by the difficulties of that rollout, particularly the lack of health infrastructure in some countries that made distributing the vaccine difficult.
“Instead of washing our hands and saying, ‘I gave you the product, do whatever you want with them,’ we’re saying, ‘We’ll
give you the products and we will sit with you to see how we can help organize a system that can utilize them,’” Bourla said.