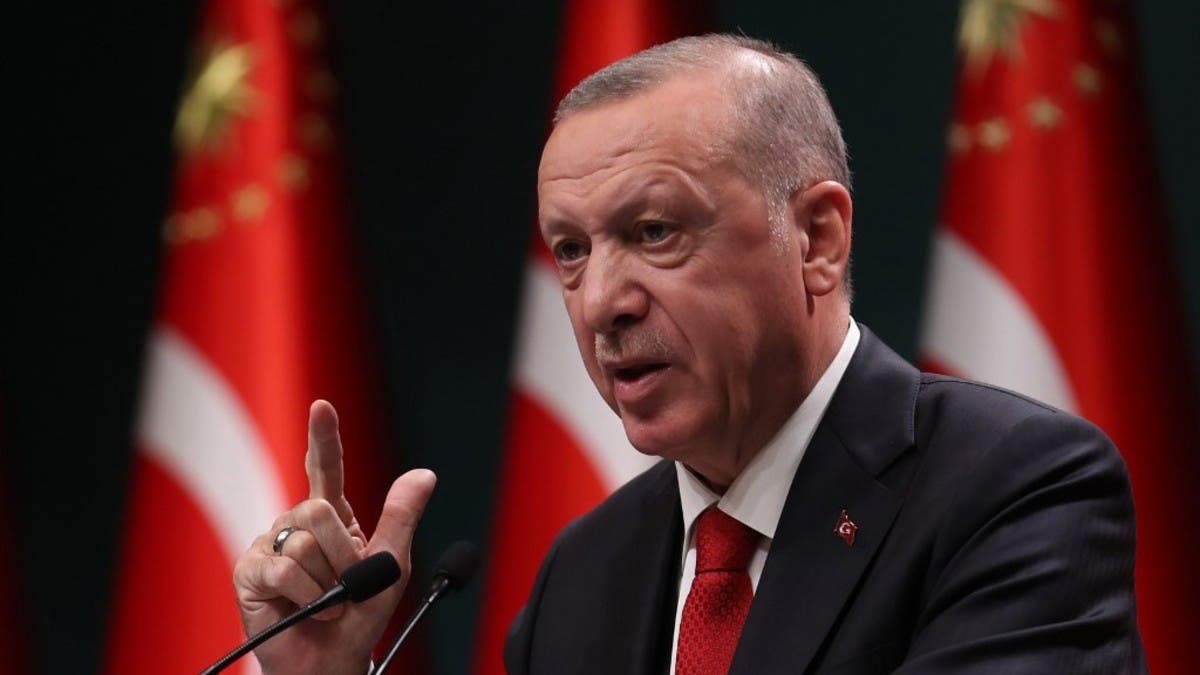 Turkey’s interest rates will continue to fall, President Recep Tayyip Erdogan said, making a case for an economy freed from dependence on short-term foreign cash and transformed into one that thrives on local production and exports.

Cheaper money will boost manufacturing, create jobs and slow consumer inflation currently running at four times the official target of 5 percent, and the currency will eventually strengthen, Erdogan said in an interview with state broadcaster TRT on Tuesday.

Turkey won’t try to attract capital flows that leaves its economy at the mercy of “hot money, or investments that can be quickly withdrawn, Erdogan said. His pledges put the Turkish central bank in an awkward position after monetary policy makers said they would assess ending interest rate cuts as early as December.

Even so, the Turkish lira lost almost 28 percent of its value since the bank started its current easing cycle in September and lowered the benchmark rate down by 4 percentage points to 15 percent.

“Our country has now come to the point of breaking this vicious cycle, and there is no turning back from here, Erdogan said.

The lira extended losses after Erdogan’s remarks, falling as much as 8.1 percent against the US dollar. It was trading 6.4 percent lower at 13.7058 per US dollar as of 11:07 p.m. in Istanbul.

Erdogan unveiled his most recent policy stance a little over a week ago, pushing for lower interest rates to turbo-boost growth and revive his flagging popularity ahead of the 2023 vote.

Pushing for lower borrowing costs is hardly new for the Turkish president, whose proposition that cheaper money slows inflation defies mainstream economics. Driving credit-fueled growth before elections has worked for him in the past.

The accumulating impact of that policy, rising income inequalities and the damage wrought by Covid means the potential social costs are much bigger this time. Price shocks resulting from the lira’s freefall are making life more expensive in the nation of 84 million.

Continuing old policies based on “false premises would only exacerbate those problems, Erdogan said.

“The high interest rate policy imposed on us is not a new phenomenon, he said. “It is a model that destroys domestic production and makes structural inflation permanent by increasing production costs. We are ending this spiral.

The government is working on two support programs aimed at creating 50,000 new jobs to mitigate the short-term volatilities, the Turkish leader said.

Private companies will get 50 billion liras ($3.7 billion) in new loans under one of the programs supported by the Credit Guarantee fund. Interest rates on the loans will be as much as 7 percentage points lower than the market levels, contributing to an estimated growth of 10 percent in Turkey’s gross-domestic product this year, Erdogan said. 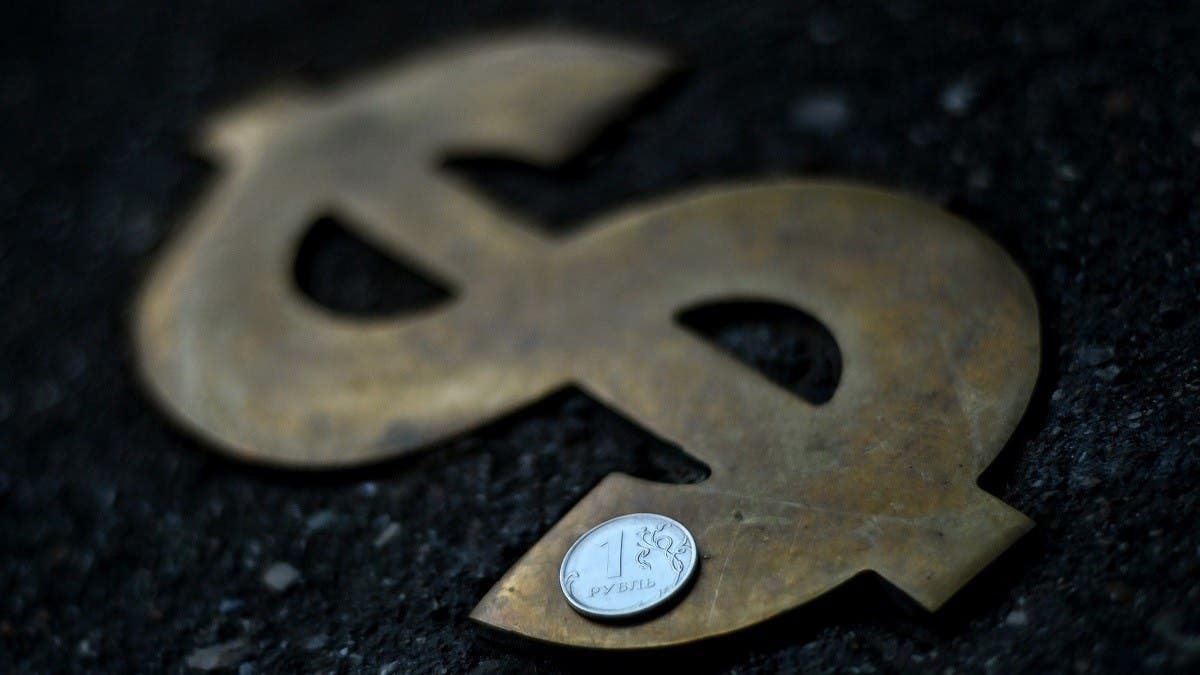 The ruble rose on Wednesday to its strongest in more than seven years, driven higher by capital controls and weak demand inside Russia for foreign currency as it neared 50 against the dollar for the first time since May 2015.
The ruble has become the world’s best-performing currency this year, boosted by measures – including restrictions on Russian households withdrawing foreign currency savings – taken to shield Russia’s financial system from western sanctions imposed after Moscow sent troops into Ukraine on February 24.
Proceeds from commodity exports, a sharp drop in imports, and month-end tax payments in rubles by export-oriented Russian firms are further factors behind the currency’s gains.
For the latest headlines, follow our Google News channel online or via the app.
At 0819 GMT, it was up more than 2.7 percent to 50.32 against the dollar on the Moscow Exchange after hitting 50.01.
“Despite the end of the tax payment period, we expect the dollar-ruble pair to stay near the lower boundary of our 50-52 target range,” Promsvyazbank said in a note.
Against the euro, the ruble added 3 percent to 52.91, climbing beyond 53 for the first time since April 2015.
Capital controls have also enabled the currency to shrug off what the White House and Moody’s credit agency said on Monday was the first default by Russia in more than a century on its international bonds.
The Kremlin, which has hard currency from oil and gas revenue to make the scheduled payments on the debt, has rejected the designation, calling it artificial and engineered by Western sanctions.
The strong ruble dents Russia’s income from selling commodities and other goods abroad for dollars and euros, and Deputy Prime Minister Andrei Belousov said this month that industry would be more comfortable if it fell to between 70 to 80 against the dollar.
Many Russian companies, primarily non oil-and-gas exporters, are already suffering financially, said Evgeny Suvorov, economist at CentroCreditBank.
Just before Russia embarked on what it calls its “special military operation” in Ukraine, the ruble traded near 80 to the dollar and 90 against the euro.
At that time, it traded in free-float mode and, unsupported by capital controls, got hammered due to fears of sanctions. On the stock market, the dollar-denominated RTS index rose 1.5 percent to 1,488.6 points.
The ruble-based MOEX Russian index was 0.9 percent lower at 2,387.4 points, pressured by ruble gains.
Read more:

Inflation in Spain has soared to a 37-year high, reaching double digits due to rising energy and food prices, official data showed Wednesday.
Inflation has soared worldwide as economies have emerged from the COVID-19 pandemic while Russia’s invasion of Ukraine has pushed commodity prices higher.
Consumer prices in Spain accelerated to 10.2 percent in June on an annual basis, up from 8.7 percent in the previous month and the highest since April 1985, according to the National Statistics Institute.
For the latest headlines, follow our Google News channel online or via the app.
The rise is mainly due to increases in fuel and food prices, but the institute also noted a hike in prices in the hospitality sector in one of the world’s top tourist destinations.
Core inflation, which is seasonally adjusted and excludes energy, jumped to 5.5 percent in June compared to 4.9 percent in the previous month – the highest since August 1993.
The European Central Bank plans to hike interest rates for the first time in more than a decade in July in efforts to tame inflation in the eurozone.
Read more:

Banks that more grounded in communities, serving the real economy and leveraging a customer-centric approach are best-positioned to succeed, according to a top financial expert.
Ovais Shahab, Head of Financial Services at KPMG in Saudi Arabia, made this observation during the launch of their latest ‘Banking perspectives: Saudi Arabia 2022’ publication, titled “Purpose-led banking.”
For the latest headlines, follow our Google News channel online or via the app.

The report emphasizes the evolving landscape in the Kingdom’s financial services sector and with a consolidated analysis of the latest available financial performance of the 10 Tadawul-listed banks.
The third edition of this annual flagship publication focuses on the theme of purpose-led banking, encompassing the developing environmental, social and governance (ESG) considerations and customer-centric perspectives that are underpinning boardroom discussions.
The publication covers current themes in the banking industry that the firm’s financial services team has observed segmented into four streams; People-centered banking, Governance and compliance, Transformational technologies, and Enabling excellence – providing perspectives to address current challenges and opportunities.
“Driven in part by the disruptive technologies from outside and within the financial services sector, we see a major sea change to how banks operate in value-based banking,” said Shahab.

One of the primary objectives of the Kingdom’s Financial Sector Development Program (FSDP) is to promote and enable financial planning by driving the expansion of savings products, strengthening the savings ecosystem, as well as enhancing financial literacy.
Commercial banks have created new savings products as a response to some of the ambitious targets set by the FSDP which were to increase the total amount held in savings products and increase the variety of savings products.
“Partnerships with communities and local businesses to create sustainable savings programs and development projects, is the future of social banking in Saudi Arabia,” Shahab stated.
Banks will be required to look beyond loans and think of ways to support beneficiaries and the community. For example, banks need to understand their beneficiaries, their needs and business opportunities, partner with them through sustainable funding models. Such purpose-led businesses will be increasingly in demand as organizations gravitate towards sustainable growth.

The publication has further analysed that Saudi Arabia’s banking sector’s results for the first quarter of 2022 (Q1), reflected a sturdy industry performance, highlighting a year-on-year (YoY) increase in net profit by 22.83 percent. Total assets of the banking industry have also increased by 3.75 percent as compared to December 31, 2021.
At the close of 2021, the banking industry showed a resurgence after severe impact of the COVID-19 the pandemic was passed, with an increase in profit of 40.15 percent. Expected credit loss (ECL) charge declined by 11.47 percent year-on-year in Q1 2022.
Meanwhile, total customer deposits reported modest growth of 3.90 percent since December 31, 2021, indicating clearly that the liquidity has not been a challenge to date.

“SAMA has been a proponent of change and development in the financial sector, in line with the objectives of FSDP, by taking new players in the financial sector under its wing and embracing a positive attitude towards new technology to usher banking into the future,” commented Khalil Al Sedais, Office Managing Partner – Riyadh at KPMG in Saudi Arabia.
Banks are responding to this shift and to the requirements of the government to achieve greater economic development, while considering the threats and opportunities permeating an evolving technological and risk environment.
With the imminent launch of the SAMA Open Banking framework, with now three open banking FinTechs permitted into its Sandbox, yet another step in the evolution of the banking industry is being set. This will increase demand for cloud solutions as key enabler for both open and digital banking.
“The outlook for the banking sector looks promising, owing to product innovation and conscious efforts on deploying digital solutions for improving efficiencies. Moreover, the entry of the new digital banks that are gearing up for innovative and customer-centric products will bring more liquidity in the banking system and enhance economic activity,” Shahab concluded.