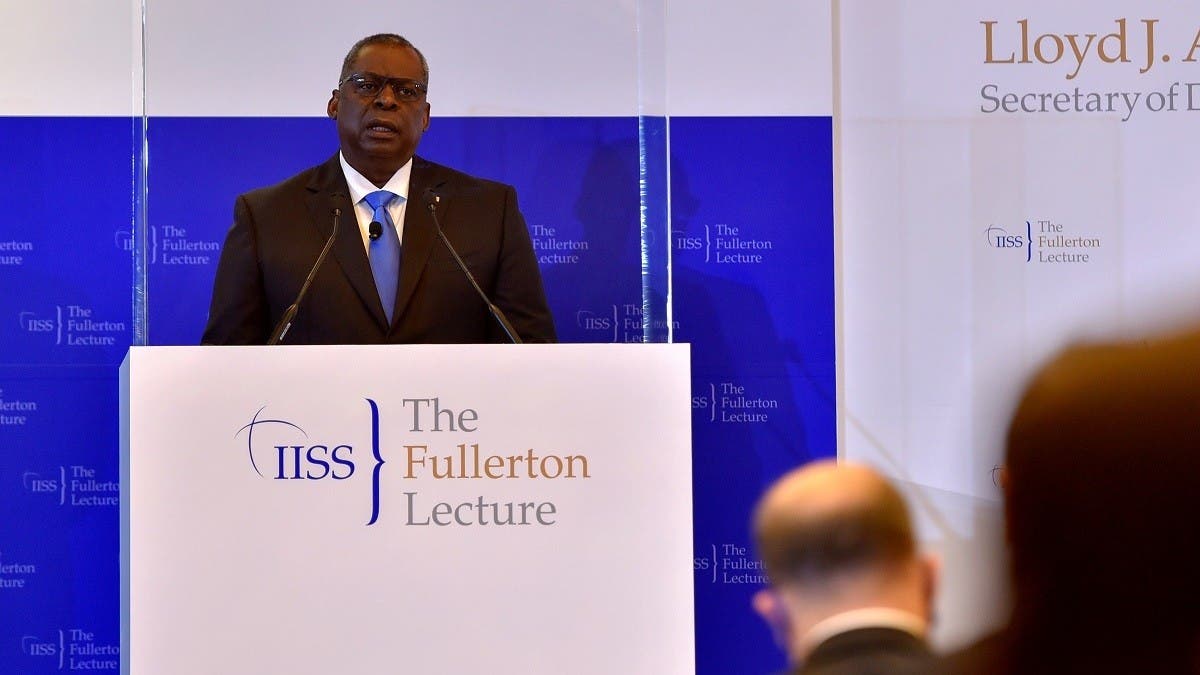 The United States and China are expected to use Asia’s top security meeting this week to trade blows over everything from Taiwan’s sovereignty to the war in Ukraine, although both sides have indicated a willingness to discuss managing differences.
The Shangri-La Dialogue, which attracts top-level military officials, diplomats, and weapons makers from around the globe, will take place June 10-12 in Singapore, the first time the event has been held since 2019 after it was postponed twice because of COVID-19.

For the latest headlines, follow our Google News channel online or via the app.
On the sidelines of the summit, US Defense Secretary Lloyd Austin and Chinese Minister of National Defense General Wei Fenghe are expected to hold their first face-to-face meeting since President Joe Biden took office.

“We expect, from our perspective, the substance of that meeting to be focused on managing competition in regional and global issues,” a senior US official said.
Chinese media have also said Beijing will use the meeting to discuss cooperation with the United States.
Austin and Wei are likely to then use speeches over the weekend to re-affirm their commitment to the Asia-Pacific region, while delivering some pointed remarks in the direction of the other.
Relations between China and the United States have been tense in recent months, with the world’s two largest economies clashing over everything from Chinese belligerence towards Taiwan, its military activity in the South China Sea and Beijing’s attempts to expand influence in the Pacific region.
Although the summit is focused on Asian security issues, Russia’s invasion of Ukraine will remain central to discussions.

The conflict, which has killed tens of thousands of people, uprooted millions and reduced cities to rubble, entered its 100th day last week.
Ukraine will send a delegation to the meeting but the Russians will not be attending, according to a source familiar with the list of attendees.
“American participants will use the occasion to criticize China’s strategic partnership with Russia,” said Li Mingjiang, associate professor at the S. Rajaratnam School of International Studies in Singapore.
“We’ll see some inferences of the China-Russia partnership as a coalition of autocracies … China will defend their relationship with Russia, their position and policy in response to Ukraine.”

With US military and political capital soaked up by the war in Ukraine, Austin will be under pressure to convince China’s rivals in Asia that they can rely on Washington.
“They say that China is this huge threat and they’re even saying it’s an acute threat. Yet it seems a major part of the attention and resources are basically going to Europe,” said Elbridge Colby, a former senior Pentagon official. “It’s not about words, it’s about walking the walk.”
Bilateral talks between the United States and China, and much of the conference, will likely focus on Taiwan.
China, which claims democratic Taiwan as its own territory, has increased military activity near the island over the past two years, responding to what it calls “collusion” between Taipei and Washington.
“The US is going to come out swinging on Taiwan specifically but also China’s growing assertiveness throughout the Indo-Pacific,” said Derek Grossman, a senior defense analyst at the RAND Corporation, a think tank.
This month, Biden said the United States would get involved militarily should China attack Taiwan, although the administration has since clarified that US policy on the issue has not changed and Washington does not support Taiwan’s independence.
Washington has had a long-standing policy of strategic ambiguity on whether it would defend Taiwan militarily.
The Pacific islands have also emerged as a key front in Washington’s strategic competition with China.
Biden’s special envoy is due to visit the Marshall Islands next week amid growing US worries about China’s efforts to expand its influence in the region. Last week, a virtual meeting of 10 Pacific foreign ministers hosted by Chinese Foreign Minister Wang Yi in Fiji agreed to defer consideration of a Chinese proposal for a sweeping trade and security pact.
Also looming over the Shangri-La Dialogue is the increasing military threat posed by North Korea, which has carried out at least 18 rounds of weapons tests this year, underscoring its evolving nuclear and missile arsenals.
Officials from South Korea, the United States and Japan said on Wednesday that North Korea’s recent missile tests were “serious, unlawful” provocations.
Japanese Prime Minister Fumio Kishida will open the conference on Friday with a keynote speech in which he is expected to call for peaceful resolutions to disputes in the Asia-Pacific region.

North Korea could conduct nuclear test ‘any time’: US envoy