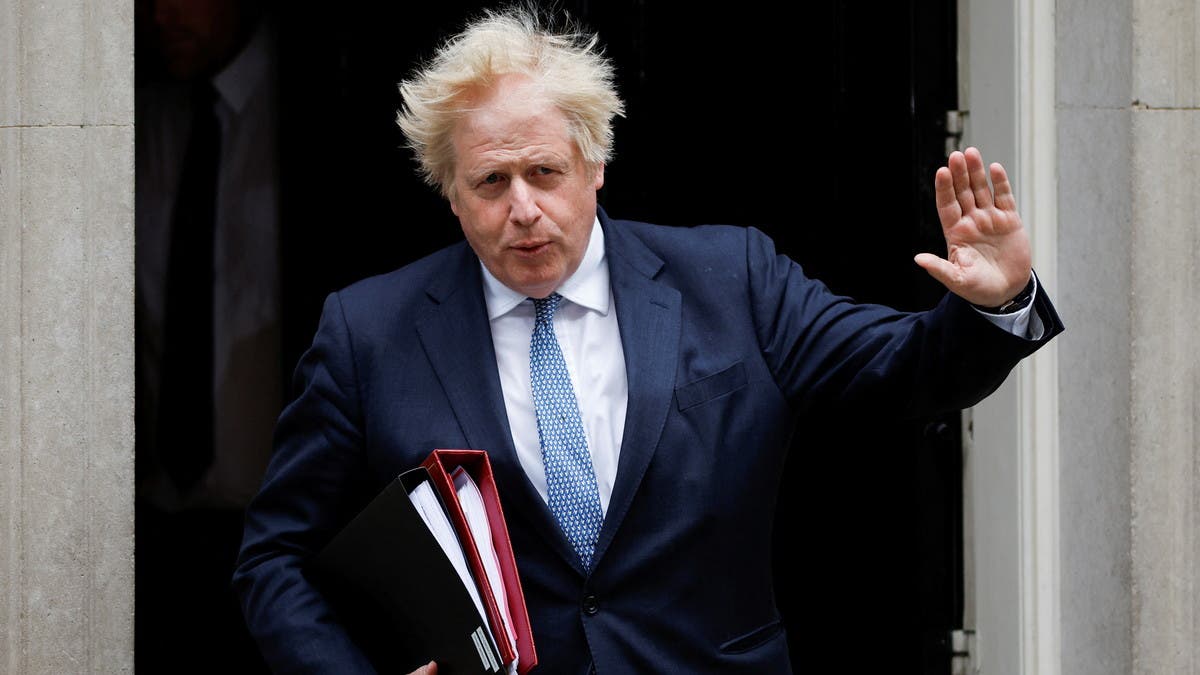 British Prime Minister Boris Johnson survived a confidence vote on Monday but a large rebellion in his Conservative Party over the so-called “partygate” scandal dealt a blow to his authority and leaves him with a struggle to win back support.

Johnson, who scored a sweeping election victory in 2019, has been under increasing pressure after he and staff held alcohol-fueled parties in his Downing Street office and residence when Britain was under lockdowns to tackle the COVID-19 pandemic.

The vote was a blow to Johnson, with 41 percent of his lawmakers casting ballots against his leadership after months of scandals and gaffes that has raised questions over his authority to govern Britain and knocked his standing among the public.

But Johnson, a master of political comebacks, instead described the vote as a “decisive result” meaning that “as a government we can move on and focus on the stuff that I think really matters to people.”

It is a change of fortune for Johnson and underlines the depth of anger against him. He was met with a chorus of jeers and boos, and some muted cheers, at events to celebrate the Platinum Jubilee of Queen Elizabeth in recent days.

Several lawmakers said the vote, which saw 211 lawmakers cast ballots in favor of Johnson against 148, was worse than expected for a prime minister, once seemingly unassailable after winning the Conservatives’ largest majority in more than three decades.

“Boris Johnson will be relieved at this vote. But he will also understand that the next priority is to rebuild the cohesion of the party,” David Jones, a former minister, told Reuters. “I am sure he will be equal to the challenge.”

Others were less optimistic, with one Conservative lawmaker saying on condition of anonymity: “It is clearly much worse than most people were expecting. But it is too early to say what will happens now.”

Roger Gale, a long-time critic of Johnson, urged the prime minister “to go back to Downing Street tonight and consider very carefully where he goes from here”.

By winning the confidence vote, Johnson has secured a reprieve for 12 months when lawmakers cannot bring another challenge. But his predecessor Theresa May scored better in her 2018 confidence vote only to resign six months later.

Dozens of Conservative lawmakers have voiced concern over whether Johnson, 57, has lost his authority to govern Britain, which is facing the risk of recession, rising fuel and food prices and strike-inflicted travel chaos in the capital London.

But his Cabinet rallied around him and highlighted what they said were the successes of the government: a quick rollout of COVID-19 vaccinations and Britain’s response to Russia’s invasion of Ukraine.

A majority of the Conservatives’ lawmakers – at least 180 – would have had to vote against Johnson for him to be removed.

Earlier, a spokesperson for Johnson’s Downing Street office said the vote would “allow the government to draw a line and move on” and that the prime minister welcomed the opportunity to make his case to lawmakers.

Johnson, a former London mayor, rose to power at Westminster as the face of the Brexit campaign in a 2016 referendum, and won the 2019 election with the slogan to “get Brexit done.”

Jacob Rees-Mogg, Brexit opportunities minister, told Sky News that completing Britain’s departure from the European Union would be “significantly at risk without his drive and energy.”

Johnson has locked horns with Brussels over Northern Ireland, raising the prospect of more barriers for British trade and alarming leaders in Ireland, Europe and the United States about risks to the province’s 1998 peace deal.

But it was the months of stories of what went on in Downing Street, including fights and alcohol-induced vomiting, when many people were prevented from saying goodbye to loved ones at funerals, that did the real damage.

The move led to lawmakers from different wings of the party revealing that they had turned against their leader. One former ally accused the prime minister of insulting both the electorate and the party by staying in power.

“You have presided over a culture of casual law-breaking at 10 Downing Street in relation to COVID,” Jesse Norman, a former junior minister, said before the vote.

Who could replace UK PM Boris Johnson if he gets ousted?

Afghan leader unlikely to have fled Kabul with millions in cash: US watchdog