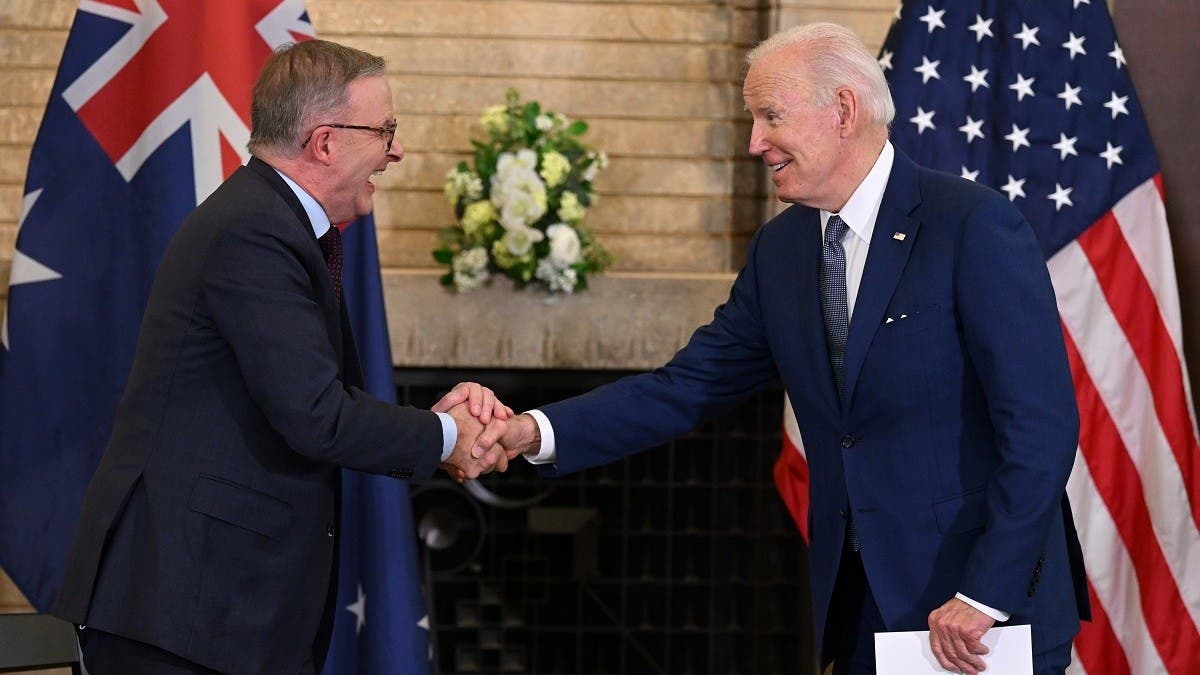 Meeting Tuesday at the Quad summit in Tokyo – the loose grouping of Australia, India, Japan and the United States – Biden expressed admiration that Albanese made the long flight right after winning his election as prime minister.

“I welcome you to your first Quad meeting,” said Biden, who had to make an even longer journey from Washington for his first presidential Asia trip, starting in South Korea before hopping to Japan.

So “if you fall asleep while you’re here, it’s OK, because I don’t know how you’re doing it. It’s really quite extraordinary – just getting off the campaign trail as well.”

Albanese showed no fatigue as he launched into his own banter.

Lauding how the two countries are “great friends,” he recalled visiting the United States many years ago as a “young fellow” on a State Department invitational program to experience the country.

While on the trip, he conducted research into the diversity of US society, studying groups ranging from the National Rifle Association gun lobby to Planned Parenthood, which promotes abortion access.

It was, Albanese said to laughter, “the full kit and caboodle across the spectrum.”

“You’re a brave man,” exclaimed Biden, who has tried with varying success to battle against deepening right-left divisions in US society.

Albanese noted that he would host the next Quad summit in Australia in 2023, but said he hoped to be “visiting the US before then.”

Biden suggested they “work out a time sooner than later.”

Returning to his concerns over Albanese’s travel schedule, the US president added: “But you’re probably going to have to be home at some point.”

After the Quad summit, Biden and Albanese are due to hold separate bilateral talks.