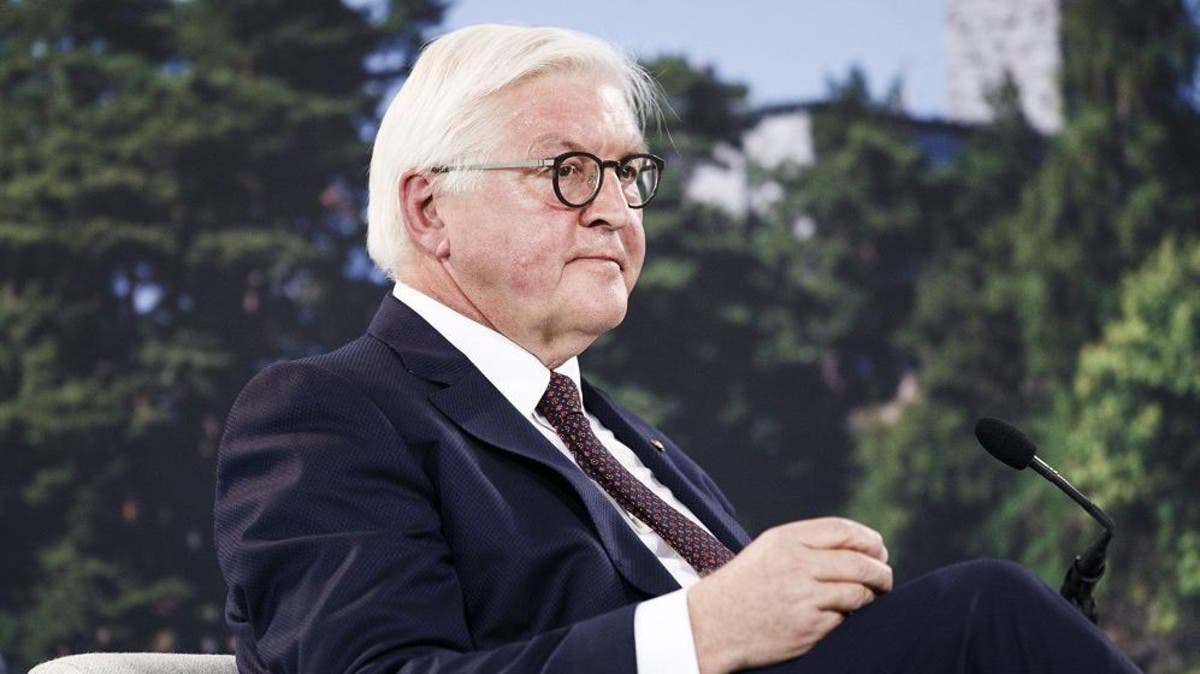 Ukraine’s President Volodymyr Zelenskyy has invited Germany’s Chancellor Olaf Scholz and President Frank-Walter Steinmeier to visit, the German president’s office said on Thursday, three weeks after Steinmeier was snubbed by Kyiv.
Zelenskyy made the invitation during a telephone call with Steinmeier on Thursday, a source from the president’s office told AFP, during which “past irritations were cleared up” and Steinmeier expressed his “solidarity, respect and support” for Ukraine.
Last month, Steinmeier admitted he had offered to visit Ukraine with other EU leaders, but this was “not wanted in Kyiv.”
For the latest headlines, follow our Google News channel online or via the app.
Steinmeier, a former foreign minister, has faced growing criticism since Russia invaded Ukraine in February for his years-long detente policy toward Moscow.
Scholz, meanwhile, has been criticized for his own failure to visit Kyiv, as well as his hesitancy over providing heavy weapons to help Ukraine resist Russia’s invasion.
Even as German opposition leader Friedrich Merz visited Ukraine this week, Scholz said he did not want to visit himself until Kyiv’s differences with his fellow Social Democrat Steinmeier had been ironed out.
However, Germany did say last week it would send anti-aircraft tanks to Ukraine, in a clear switch in Berlin’s cautious policy on military backing for Kyiv.
Scholz also expressed backing for a motion passed by the German parliament calling for the acceleration of the delivery of heavy weapons to Ukraine.
In the telephone call on Thursday, Steinmeier said Germany “stands with united forces in solidarity at Ukraine’s side,” the source from the president’s office said.
Both presidents described the talks as “very important and very good,” the source said.
Read more:

US announces seizure of superyacht owned by Russian oligarch

A United Arab Emirates-funded global police operation targeting stolen vehicle trafficking has led to the recovery of hundreds of cars, trucks and motorbikes and almost half a million stolen cigarettes in just two weeks, Interpol announced on Wednesday.

Interpol launched its ‘Reducing Vehicle Crime and Theft’ Program in 2016 with funding from the United Arab Emirates via Interpol’s ‘Foundation for a Safer World’, which financed Operation Carback 2022.

Since May 2016, the foundation has been supporting seven key Interpol initiatives by donating $52 million over a period of five years, as part of a contribution agreement between the Foundation and the UAE government.

In just over two weeks, Operation Carback led to the identification of 1,121 stolen cars and 64 motorcycles, the arrest or detention of 222 suspected stolen vehicle traffickers, the detention of eight suspected people smugglers, the detection of 26 fraudulent vehicle documents and the seizure of 480,000 stolen cigarettes.

Interpol supported the operation by crosschecking information collected in the field against its international databases, with Frontex also supporting the European leg of frontline operations.

Experts from Interpol’s Stolen Motor Vehicles Unit were deployed to key locations to assist national law enforcement with database checks in the field as well as in exchanging, analyzing and acting on operational data.

Because stolen vehicles are frequently trafficked to finance and carry out crime ranging from drug trafficking, arms dealing and people smuggling to corruption and international terrorism, the Interpol General Secretariat headquarters is analyzing intelligence gathered during Operation Carback to identify links with other crime areas.

“With vehicles usually smuggled beyond borders and ending up thousands of miles away from where they were stolen, an international operation like Carback is crucial to enabling police to tackle the networks behind global car trafficking,” said Ilana de Wild, Interpol’s director of organized and emerging Crime.

“The main key to the success of Operation Carback is the wealth of information contained in Interpol’s Stolen Motor Vehicle database, and the fact that throughout the operation police in the field were able to access this crucial data.”

Last year, Interpol identified some 248,000 stolen vehicles thanks to the SMV database. More than 130 countries shared their national data with Interpol, and carried out more than 280 million searches.

The UAE has close links with Interpol and in November it was announced that the country’s Major General Ahmed Nasser al-Raisi, of the UAE’s interior ministry, had been elected as the new President of Interpol.

The senior police official will serve the four-year term in Lyon, France.

The new appointment makes him the first candidate from the Middle Eastern region to be elected into the position since the global crime fighting agency was founded in the 1920s. 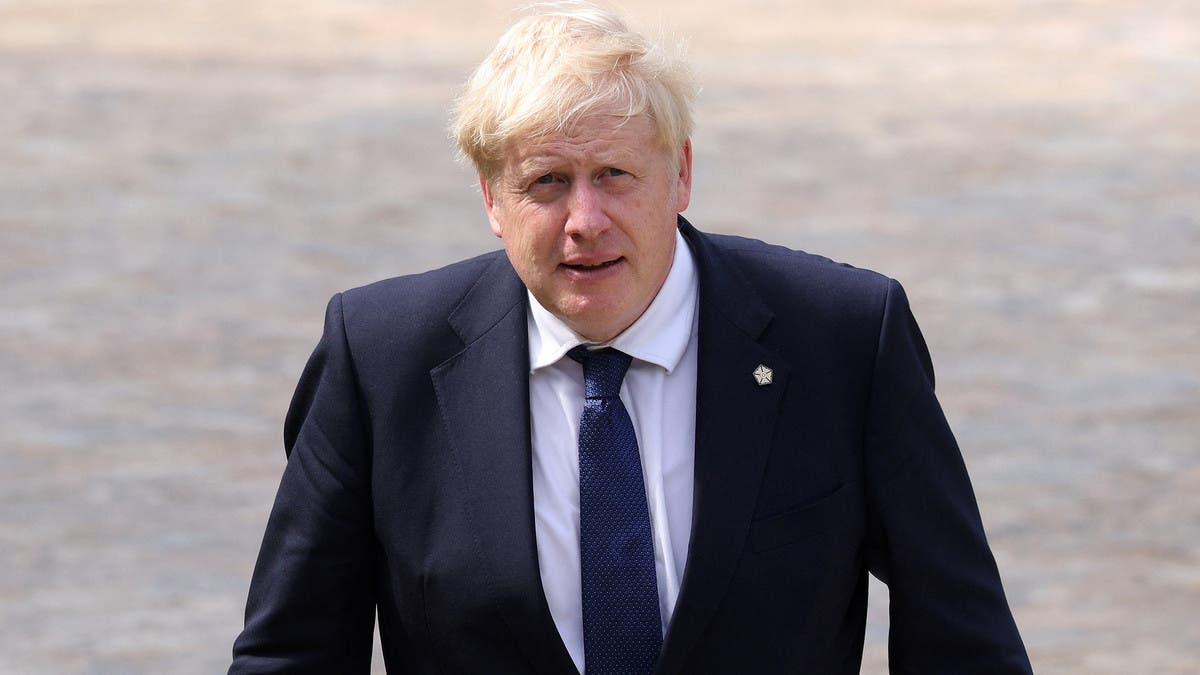 Russian President Vladimir Putin would not have started the war in Ukraine if he was a woman, according to British Prime Minister Boris Johnson.

“If Putin was a woman, which he obviously isn't, but if he were, I really don't think he would've embarked on a crazy, macho war of invasion and violence in the way that he has,” Johnson told German broadcaster ZDF on Tuesday evening.

Putin's invasion of Ukraine is “a perfect example of toxic masculinity”, he said, calling for better education for girls around the world and for “more women in positions of power”.

The British Prime Minister acknowledged that “of course people want the war to end”, but for the moment “there's no deal available. Putin isn't making an offer of peace”.

Western allies must support Ukraine to enable it to be in the best possible strategic position in the event that peace negotiations with Moscow do become possible, he added.

Over 30 still missing after strike on Ukraine mall, Russia presses attacks on east 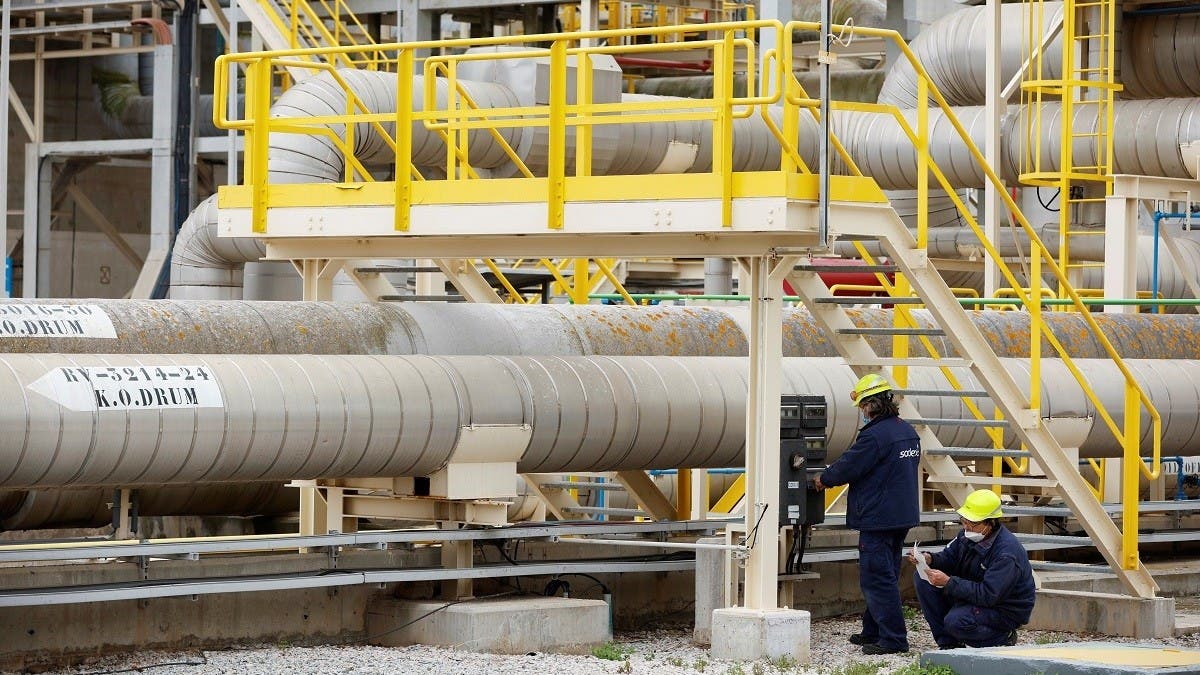 Natural gas has started flowing from Spain toward Morocco through a pipeline that stopped flowing in November amid a diplomatic row between Morocco and Algeria, data from Spanish gas grid operator Enagas showed on Wednesday.
Algeria decided last year not to extend a deal to export gas through a pipeline running through neighboring Morocco to Spain, halting nearly all of Morocco’s gas supply, as relations between Rabat and Algiers worsened.
In April, Algeria warned Madrid not to re-export Algerian gas supplies to its Southern neighbor after Energy Minister Teresa Ribera confirmed plans to reverse the flow of the Maghreb Europe pipeline and begin exportation of natural gas to Morocco.
For the latest headlines, follow our Google News channel online or via the app.
“A certification process guarantees that this gas is not of Algerian origin,” a spokesperson for Enagas said on Wednesday.
In March, Spain angered its main gas supplier Algeria by supporting a Moroccan plan to offer autonomy to Western Sahara, prompting Algiers to suspend its 20-year-old friendship treaty with Madrid and causing a diplomatic crisis.
The shift was well received in Rabat as Morocco decided to return its ambassador to Spain after almost a year of absence following a long diplomatic dispute.
Read more: