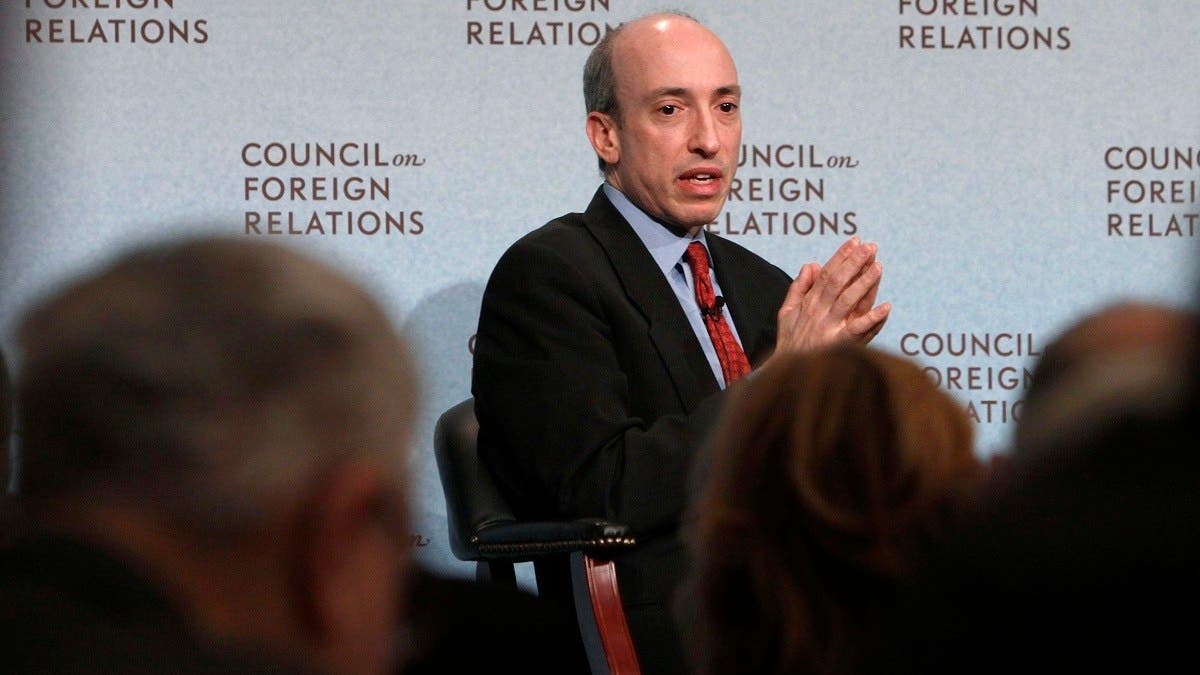 The US Securities and Exchange Commission (SEC) said on Tuesday it will add 20 positions to its enforcement unit for crypto markets in its push to curb fraudulent activities in the hot digital space.

The securities regulator said the division will be renamed the “Crypto Assets and Cyber Unit” and will have a total of 50
employees.

“By nearly doubling the size of this key unit, the SEC will be better equipped to police wrongdoing in the crypto markets while continuing to identify disclosure and controls issues with respect to cybersecurity,” SEC Chair Gary Gensler said.
The SEC said the revamped unit will focus on preventing fraud that uses crypto asset offerings, crypto asset exchanges, crypto asset lending and staking products, decentralized finance platforms, non-fungible tokens, and stablecoins.
Much of crypto trading is based in offshore jurisdictions and operates in a regulatory gray area, with no centralized system of oversight. Trading can bypass the traditional gatekeepers of finance, such as banks and exchanges.
The expanded SEC oversight comes after Gensler in April said the agency was weighing how it could extend investor protections afforded to users of exchanges and alternative trading platforms. Crypto trading platforms could also be covered, he said.

Citigroup trader made error behind flash crash in Europe stocks 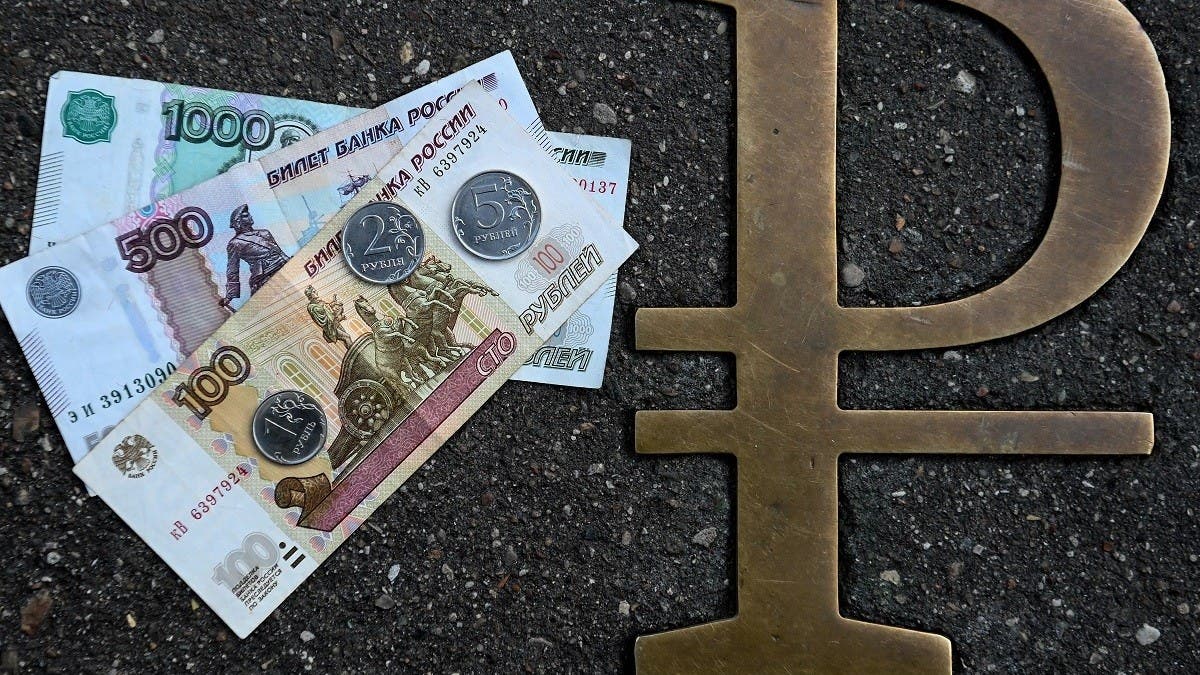 As the ruble strengthens to levels not seen in seven years, Russia’s minister of economic development warned Wednesday that the country’s businesses could suffer if the trend persists.
The ruble hit all-time lows in the first weeks after Russia sent troops into Ukraine in late February, dropping as much as 50 percent, to 150 against the US dollar. It then began recovering, and this month has reached its highest exchange rate since May 2015.
The Russian Central Bank’s official exchange rate Wednesday was 52.9 to the dollar. Although the rate is seen by some as a sign that Russia is weathering Western sanctions, the strong ruble makes Russian exports more expensive.
For the latest headlines, follow our Google News channel online or via the app.
“I think my colleagues will confirm that the profitability of many industries, even export-oriented, has become negative at the current exchange rate,” Economic Development Minister Maxim Reshetnikov was quoted as saying by Russian news agencies.
“If such a situation will last for several more months, I think many enterprises may come to the idea not only of curtailing investment processes, but also of the need to adjust current production plans and reduce production volumes,” he said.
Central Bank head Elvira Nabiullina this month suggested that Russia should broadly reorient its economy away from relying on revenue from exports.
Analysts say the ruble’s strength reflects high global prices for oil and natural gas and that wide-ranging sanctions mean Russia is buying fewer imports.
Read more: 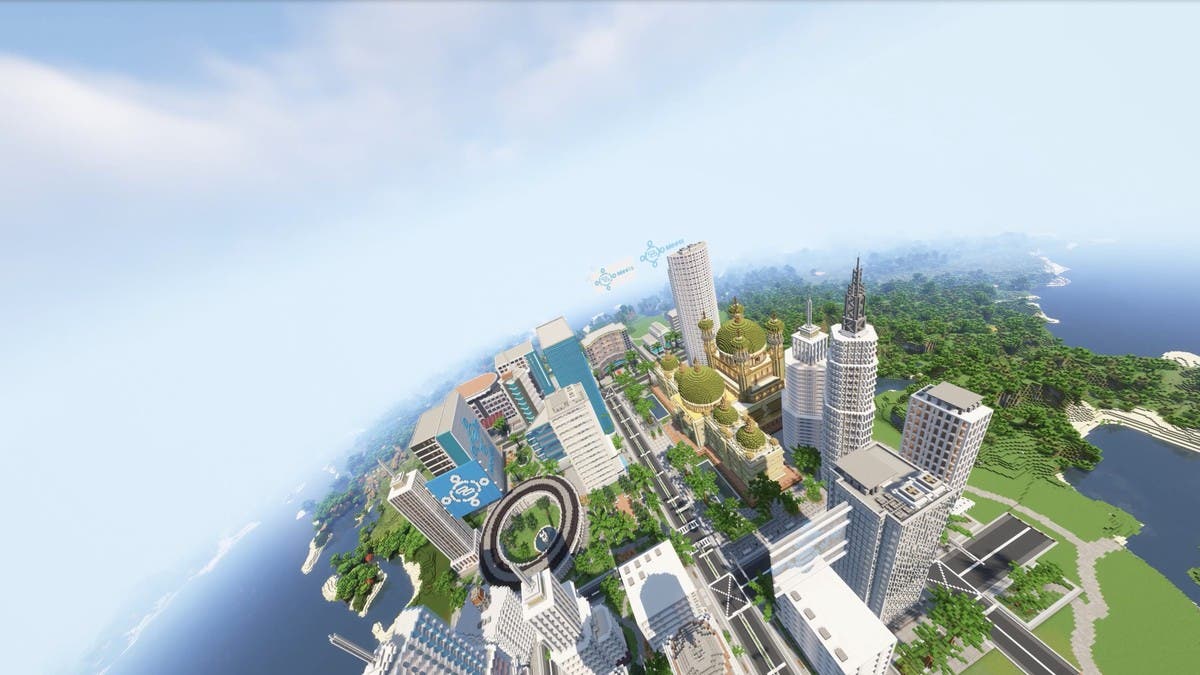 Dubai-based software developer Meets Portal Company is in discussions with investors for a Series A funding round to develop its MeetsMeta platform, its founder told Al Arabiya English.

Mohamed Khaled said it would sell 20-30 percent of the company for up to $10 million, adding that although seeking a strategic investor, it’s likely to be a financial one.

“It’s early days in the industry, and few people understand how the metaverse works and what opportunities exist,” Khaled said.

MeetsMeta selected the United Arab Emirates to launch the first virtual city to simulate reality through Non-Fungible Tokens (NFTs). It will provide users with a virtual experience where they can choose the individuals they want to meet and shape their alternative lives.

Users can study, pursue touristic activities and entertainment offers, while own luxurious resorts in return for payments in real or cryptocurrencies for their hours of use.

MeetsMeta has generated a total of $500,000 to date, with half of the total coming from the first flash sales of the platform’s NFTs, Khaled said. He revealed that the other half of the money came from the in-game revenue from the play-to-earn games.

Khaled holds 90 percent, with one other partner holding the remaining 10 percent share.

“We plan to use the money generated from the Series A stake for developing further the MeetsMeta Metaverse,” he said. “[This is on] a stand-alone platform, marketing and creating a whole ecosystem with its economy,” he said.

“At this point, MeetsMeta will be built on the top of NFT Worlds with the platform’s token used to design and develop a healthy economy for the ecosystem,” he added. “We can help create a healthy growth of the ecosystem and tokens,” he said.

The investment used to develop MeetsMeta currently sits at around $200,000.

“The UAE provides an ideal environment for launching MeetsMeta in the region. It is the most capable country in terms of IT and telecommunications infrastructure. The UAE strongly supports business growth and investments in cryptocurrency. It also provides a motivating environment for innovation and creativity,” Khaled said.

He added that his company believes that virtual reality technologies present a roadmap for doing business and enjoying a social life similar to the real world.

“It brings a lot of opportunities for developing commercial and educational as well as other vital sectors,” added Khaled.

A recent report published by the financial services firm Citi claims that “the total addressable market for the Metaverse could be between $8 trillion and $13 trillion by 2030, with total Metaverse users numbering around five billion.” It is based on people accessing such things as retail, advertising, and healthcare. 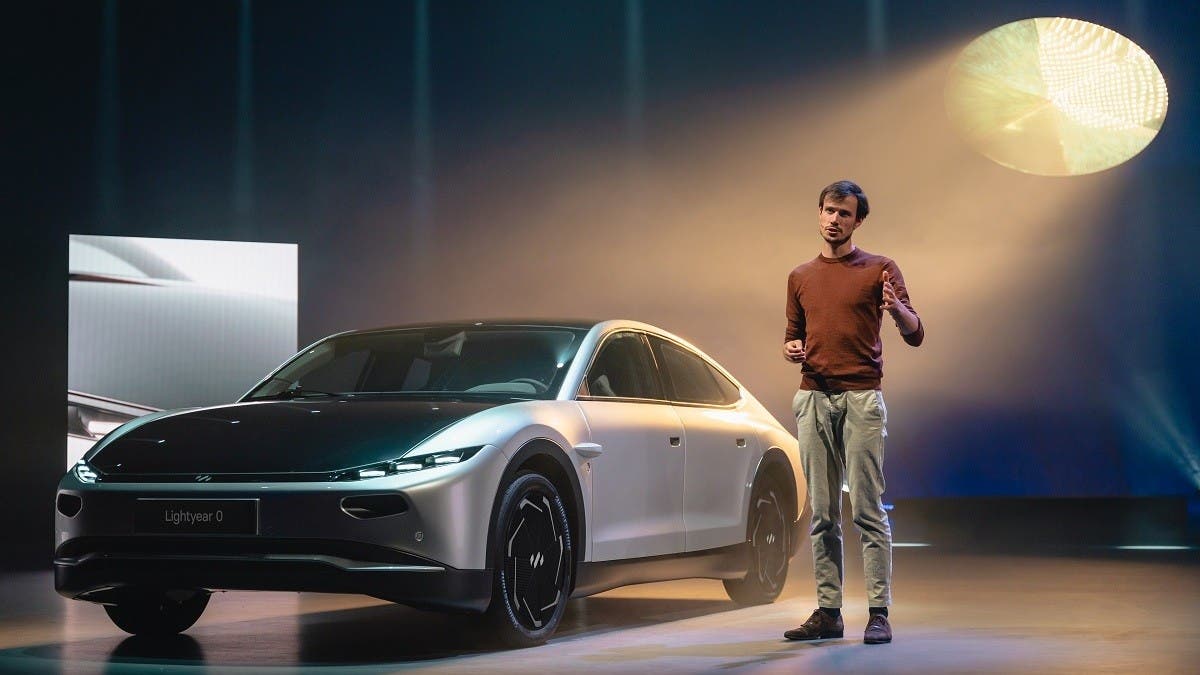 Lightyear, the Dutch startup that launched the world’s first long-range production-ready solar electric vehicle three weeks ago, will be opening testing facilities and a sales office at the Sharjah Research, Technology and Innovation Park (SRTI Park), the first such facility outside the Netherlands.
A Memorandum of Understanding was signed by the two sides to create Lightyear’s first international presence outside of the Netherlands, reflecting the growing international importance of Sharjah in enabling development of sustainable mobility solutions through the SRTI Park.
For the latest headlines, follow our Google News channel online or via the app.
The two parties will collaborate on a range of activities, including setting up testing facilities and sales and service partnerships across the region.
In addition, Lightyear and SRTI Park will boost university research exchange programs on solar-powered EVs, and work on policy initiatives to support governments in creating incentives for electric vehicles, including solar-extended EVs.
Established in 2016, SRTI Park aims to develop and manage an innovation ecosystem that promotes Research and Development and supports enterprise activities and enable the collaboration of industry, government, and academia.
In SRTI Park’s role as a key technology incubator, the partnership will also enable fundraising for development and production of future Lightyear models and could pave the way for local manufacturing in Sharjah in the future, utilizing advanced research of leading Sharjah universities.
Lightyear is considered one of the most exciting and innovative companies in the EV industry. On May 30, it launched Lightyear Zero, a revolutionary car that can be charged by the sun as well as regular household plugs. Charging on-the-go, it gains up to 70 km of range per day from the sun alone.
Production is expected in the fall, with the first batch of cars to be delivered to customers in Europe in November. Test drives are set to begin imminently.

The MoU was signed by Hussain Al Mahmoudi, CEO of SRTI Park, and Lex Hoefsloot, CEO of Lightyear, on June 13 in the Netherlands, in the presence of Mariam bint Mohammed Almheiri, UAE Minister of Climate Change and Environment, Jamal Al Musharakh, UAE Ambassador to the Netherlands, and Lody Embrechts, Ambassador of the Netherlands to the UAE, with facilitation by consultancy firm Sawadi Ventures.
Speaking on the new partnership, Almheiri said: “The UAE has created a holistic innovation ecosystem that helps companies develop and scale up trailblazing solutions. Today, it is a hub for top-notch competencies and scientific innovations, particularly those related to clean energy. This complements our nation’s efforts to combat global warming and contribute to collective climate action, and aligns with the UAE Net Zero by 2050 Strategic Initiative. We are pleased by Lightyear’s decision to set up its first base outside the Netherlands at SRTI Park, and wish the company success in its endeavors.”
SRTI Park CEO Al Mahmoudi said: “This is an exciting moment for SRTI Park, which was set up to turn Sharjah into a hub for cutting-edge innovation, R&D, higher education, and university-level research. We are delighted to add Lightyear to our list of global innovators. Lightyear figures in the same league as Tesla, Rivian, and LUCID as one of the innovation pioneers in the EV industry.”

“Having Lightyear at the SRTI Park boosts the UAE’s position as a nation on the frontline of the transition to sustainable mobility, and in doing so, contributes to combating climate change through innovative technologies. UAE is already the world’s third largest producer of solar power, making it the perfect place to test and prove Lightyear’s solar extender solutions for EVs. We are confident that Lightyear’s presence at SRTI Park will spark interest among all countries in the region to embrace EVs,” Al Mahmoudi added.

Lex Hoefsloot, CEO and Co-Founder of Lightyear, said: “We look forward to collaborate with SRTIP to push further innovation into solar electric vehicles. The GCC region is of strategic importance for our company.”

Lightyear, which began as a car racing team, became experts in energy efficiency and decided to put their knowledge to good use by going into solar car technology. Six years later, the revolutionary Lightyear Zero is under production and is set to upset the EV industry. The car requires only 1,500 kWh per year, thus making it twice more efficient than the Tesla model S, the equivalent in its category. For the average commuter, Lightyear estimates that the car requires up to five times less charging.
Lightyear’s entry into the EV market comes at a time when it is estimated the total EV transition for Europe would cost over $84.4 billion (80 billion euros), of which over $52.7 billion (50 billion euros) are estimated to be used for the charging infrastructure. With Lightyear’s innovations, dependence on charging infrastructure would be mitigated, thus accelerating EV transition at drastically lower costs.