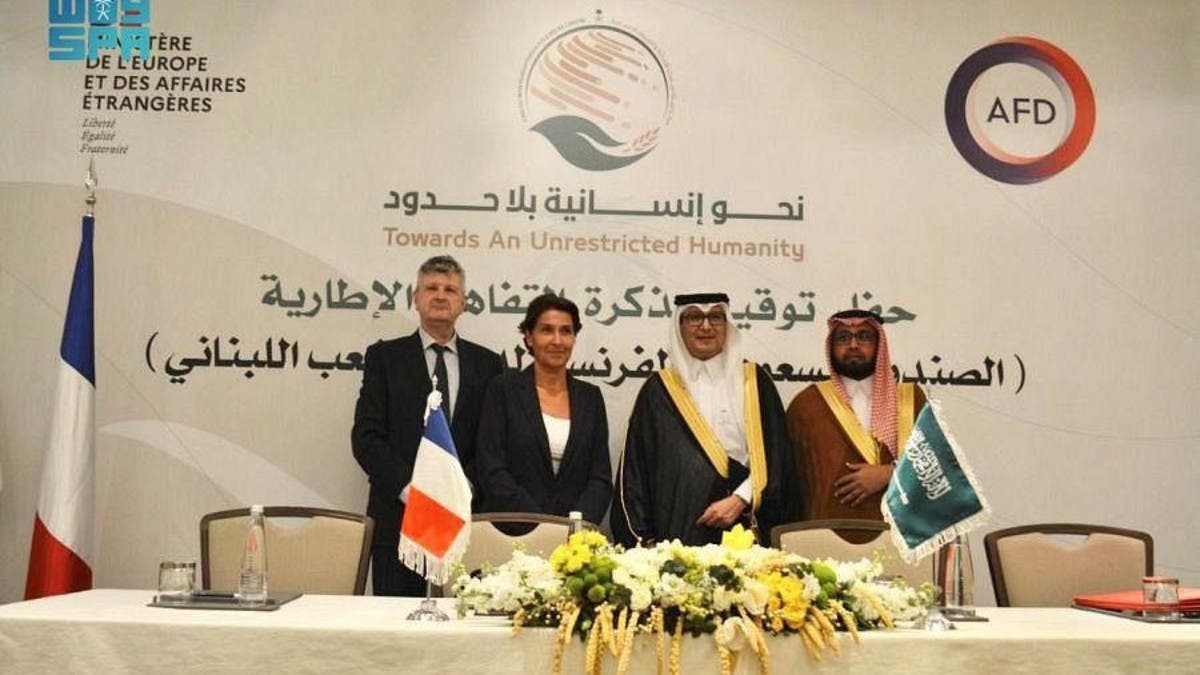 Saudi Arabia’s King Salman Center for Relief and Humanitarian Action (KSrelief) signed an MoU with the French Ministry of Foreign Affairs and the French Agency for Development (AFD) to support humanitarian work in Lebanon, the official Saudi Press Agency reported on Wednesday.

The combined $76 million aid came to be under the framework of the Saudi-French partnership.

The agreement was signed by a KSrelief department director Mubarak bin Saeed al-Dossari, the French Ambassador to Lebanon Anne Griot, and the AFD Director in Lebanon Gilles Gran-Pierre.

The first phase of aid will include aid in “food, nutrition and health,” SPA reported.

Earlier this month, Lebanon signed a staff-level agreement with the International Monetary Fund for a 46-month extended fund facility, under which Lebanon has requested access to the equivalent of around $3 billion.

But access to those funds is contingent on enacting a slew of economic reforms and financial sector restructuring.

The currency has lost more than 90 percent of its value, and more than 80 percent of the population now lives below the poverty line.

With the government too poor to afford imports of basic commodities such as medicines, many are struggling to source lifesaving drugs, including those used to treat chronic illnesses.

According to a UNICEF report, more than 50 percent of families were unable to obtain the medicines they needed and at least 58 percent of hospitals reported drug shortages.

Making matters worse, the financial crash has sparked an exodus of healthcare professionals. According to UNICEF, 40 percent of doctors and 30 percent of midwives have left the country.

Saudi Arabia’s aid comes after ties between Lebanon and the Kingdom began to recover following corrective measures applied by Beirut.

Critical comments made by former Information Minister George Kordahi on the war in Yemen in October 2021 led the expulsion of Lebanon’s envoy to the Kingdom, recalling its ambassador and banning all imports from Lebanon, dealing a new blow to the country’s ailing economy.

Other Gulf states that are historical allies of Lebanon, including the United Arab Emirates and Kuwait, took similar punitive diplomatic measures.

However, the latest replacement of the ambassador comes after Saudi Arabia’s foreign ministry responded to appeals from Lebanese politicians and after Mikati said his government was committed to taking the needed measures to enhance ties with Riyadh and the Gulf.

Lebanon’s judicial independence is vital for the nation’s democracy