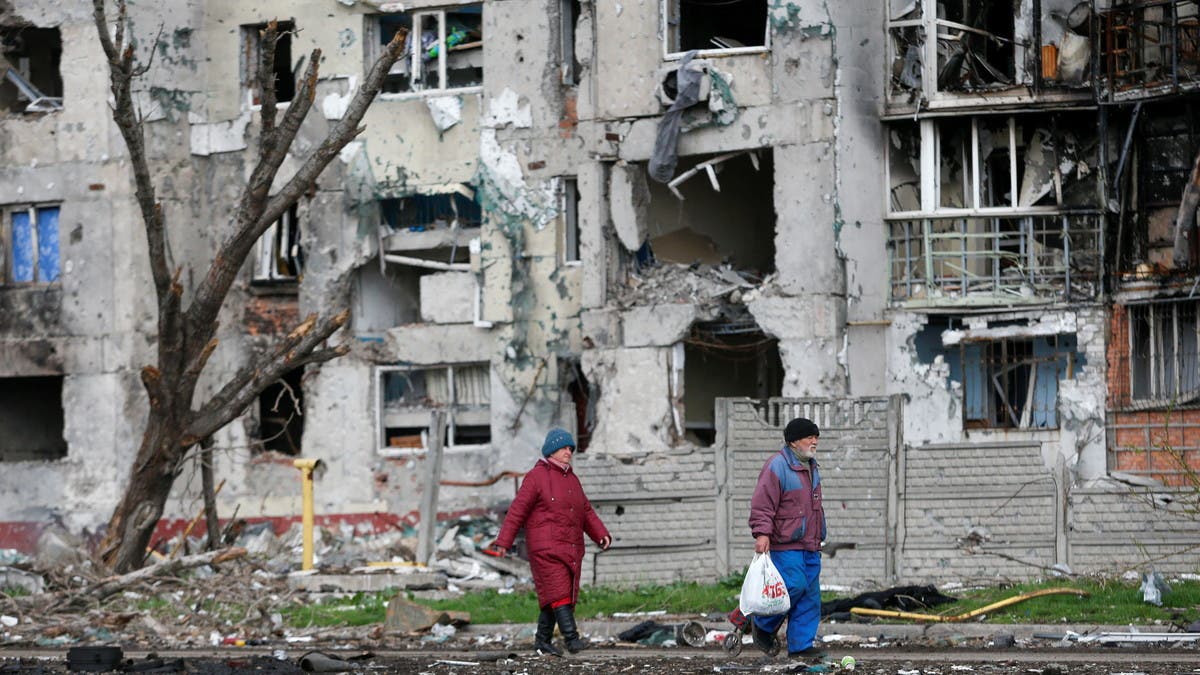 Ukrainian President Volodymyr Zelenskyy warned that Russia’s invasion of his country was just the beginning, and that Moscow has designs on capturing other countries, after a Russian general said it wants full control over southern Ukraine.

“All the nations that, like us, believe in the victory of life over death must fight with us. They must help us, because we are the first in line. And who will come next?” Zelenskyy said in a video address late on Friday.

Rustam Minnekayev, deputy commander of Russia’s central military district, was quoted by Russian state news agencies as saying full control over southern Ukraine would give it access to Transnistria, a breakaway Russian-occupied part of Moldova in the west.

That would cut off Ukraine’s entire coastline and mean Russian forces pushing hundreds of miles further west, past the major Ukrainian coastal cities of Mykolaiv and Odesa.

The statement was one of the most detailed about Moscow’s ambitions in Ukraine and suggests Russia does not plan to wind down its offensive there anytime soon.

Moscow, it said on Twitter, had now “acknowledged that the goal of the ‘second phase’ of the war is not victory over the mythical Nazis, but simply the occupation of eastern and southern Ukraine. Imperialism as it is.”

But despite Russia’s ambitious objectives and claims to have seized Mariupol, its forces made no major gains in the last 24 hours, British military intelligence said on Saturday.

Ukrainian counterattacks continue to hinder Moscow’s efforts, and heavy fighting is frustrating Russian attempts to capture the key port city, impeding their progress in the Donbas, the Ministry of Defense tweeted in a regular bulletin.

Russia says it is conducting a “special military operation” to demilitarize Ukraine and liberate its population from dangerous nationalists. Ukraine and its Western allies call Russia’s February 24 invasion an unjustified war of aggression.

Kremlin spokesman Dmitry Peskov declined to comment on whether Russia had expanded its goals or on how Moscow saw the political future of southern Ukraine.

President Joe Biden said on Thursday he had authorized a further $800 million in military aid for Ukraine, including heavy artillery, ammunition and drones. Canada said on Friday it had provided more heavy artillery to Ukraine.

A senior EU official said the next couple of weeks would likely be decisive. “We are likely to see a very significant increase in the intensity of Russian military attacks in the east (and on) the coast,” he told reporters.

Ukraine’s military said Russia is continuing its offensive operations in the east, trying to establish full control of the Donetsk and Luhansk regions and secure a land connection to Crimea.

Russian forces are also partially blockading the city of Kharkiv, according to a Saturday morning update from Ukraine’s general staff.

In Mykolaiv, 87 civilians have died in the invasion, including one child, Mayor Oleksandr Senkevich said late Friday on his Facebook page. Nearly 400 people have been wounded. Reuters could not independently verify reports from either side.

Ramzan Kadyrov, the leader of Russia’s Chechnya region who has often described himself as Putin’s “foot soldier”, wrote on his official Telegram account late on Friday that Chechnya was deploying hundreds of additional volunteers to fight for Russia in Ukraine.

In Geneva, the United Nations human rights office said there was growing evidence of Russian war crimes, including indiscriminate shelling and summary executions. It said Ukraine also appeared to have used weapons with indiscriminate effects.

Russia denies targeting civilians and says, without evidence, that signs of atrocities committed by its soldiers were faked. Ukraine has previously said it will punish any soldiers found to have committed war crimes.

Russia said it had “securely blockaded” thousands of Ukrainian troops holed up in a huge steel works in Mariupol, the main port of the Donbas, a day after President Vladimir Putin said the army would not bother rooting them out.

Putin declared victory in the city after a nearly two-month siege. In a Russian-held section of Mariupol, dazed-looking residents ventured out this week to a background of charred apartment blocks and wrecked cars.

Volunteers in white hazmat suits and masks roved the ruins, collecting bodies from apartments and loading them on to a truck marked with the letter “Z”, symbol of Russia’s invasion.

Ukraine estimates tens of thousands of civilians have died in Russia’s siege of the city and says 100,000 civilians are still there and need full evacuation.

Deputy Prime Minister Iryna Vereshchuk on Friday said “there is a possibility” a humanitarian corridor out of Mariupol could be opened up on Saturday.

UN Secretary-General Antonio Guterres will visit Moscow on Tuesday to meet Putin and discuss urgently bringing peace to Ukraine, a spokesperson said, adding that Guterres will then head to Kyiv for talks with Zelenskyy.

Person sets themselves on fire outside US supreme court