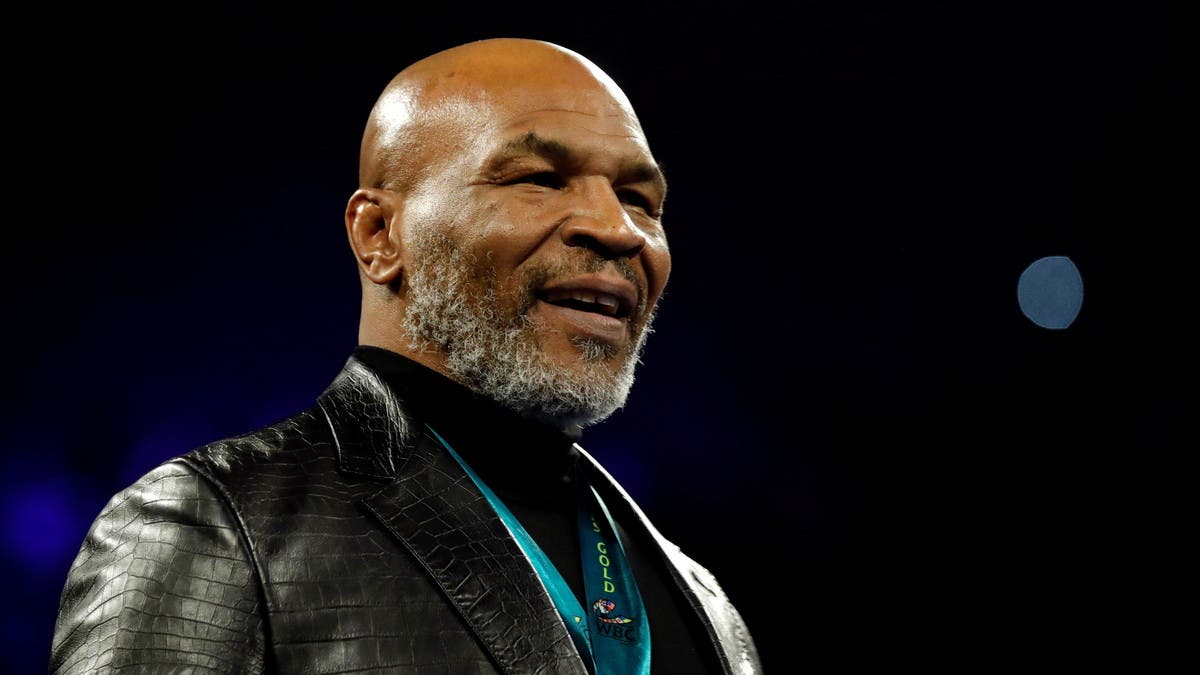 Authorities were investigating Thursday after former heavyweight champ Mike Tyson was recorded on video punching a fellow passenger on board a plane at San Francisco International Airport.

The video shows Tyson leaning over the back of his seat repeatedly striking the unidentified man in the head, drawing blood. The footage was first shared by TMZ, which said it was recorded on a Jet Blue plane bound for Florida.

“Unfortunately, Mr. Tyson had an incident on a flight with an aggressive passenger who began harassing him and threw a water bottle at him while he was in his seat,” representatives for Tyson said in an email to The Associated Press.

Prior to the physical altercation, the man is seen on the video standing over Tyson's seat, waving his arms and talking animatedly while the former boxer sits quietly.

San Francisco police responded Wednesday around 10:00 p.m. to a “physical altercation” on a plane at the airport's domestic terminal, officials said.

“Officers arrived and detained two subjects that were believed to be involved in the incident. One subject was treated at the scene for non-life-threatening injuries. That subject provided minimal details of the incident and refused to cooperate further with the police investigation,” police said in a statement Thursday.

Both were released pending further investigation, the statement said.

San Francisco police said the video has been shared with the San Mateo County Sheriff's Office, which has jurisdiction over the airport.

Sheriff's officials said “we are not releasing information on the incident because it is an active investigation.”

Since Tyson, 55, retired from boxing, he has worked as an actor, podcaster and cannabis entrepreneur.

He became the youngest heavyweight champion in history in 1987 at age 20. During his career he had 50 wins, 44 of them by knockout.

In the 1990s Tyson served three years in prison after being convicted of rape. He has maintained his innocence in that case. 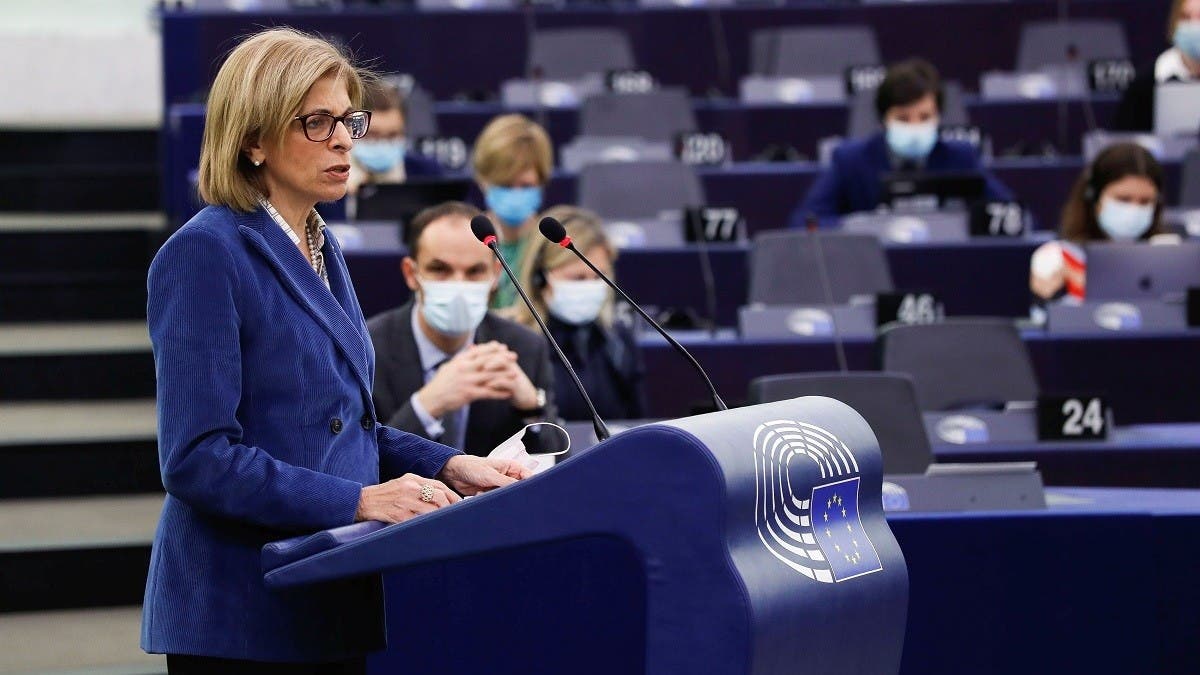 The European Commission on Wednesday proposed to ban the use of flavored tobacco vaping devices in Europe because of concerns about their increasing popularity and health effects.

“With nine out of ten lung cancers caused by tobacco, we want to make smoking as unattractive as possible to protect the health of our citizens and save lives,” said EU health commissioner Stella Kyriakides in a statement. 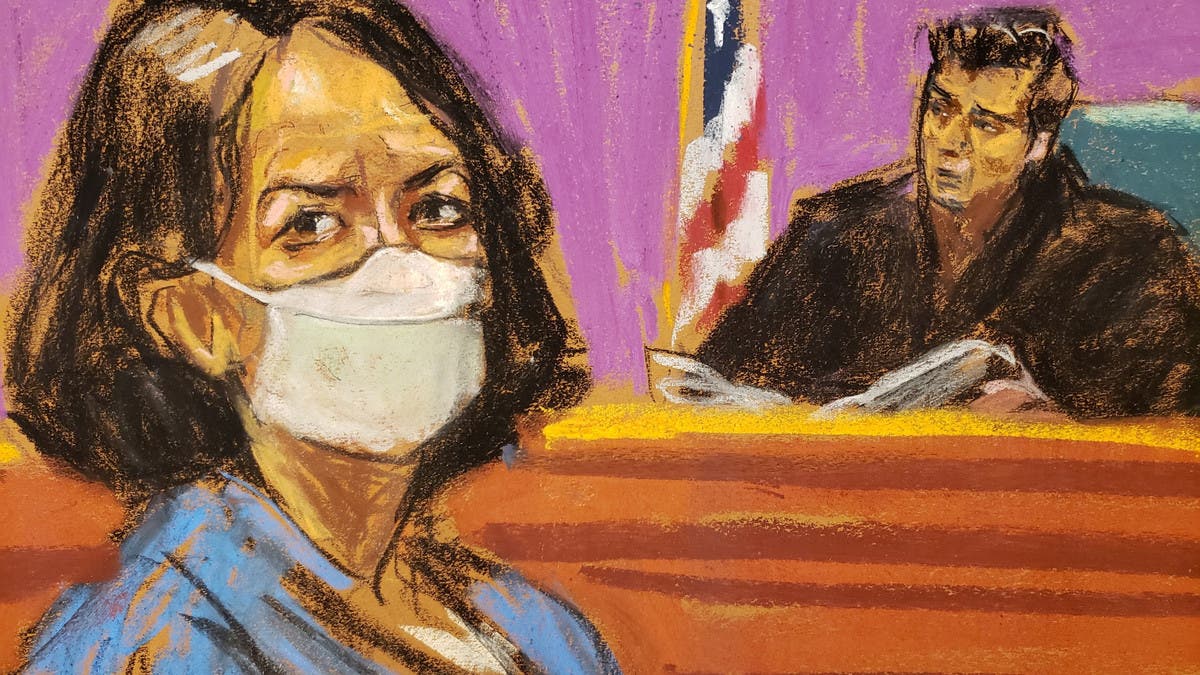 Ghislaine Maxwell was sentenced to 20 years in prison on Tuesday for helping the sex offender and globetrotting financier Jeffrey Epstein sexually abuse teenage girls, in what a judge called a “horrific scheme” that inflicted “incalculable” harm on victims.

The British socialite, 60, was convicted in December of five charges, including sex trafficking a minor, for recruiting and grooming four girls to have sexual encounters with Epstein, then her boyfriend, between 1994 and 2004.

Speaking at her sentencing hearing in Manhattan federal court before learning the sentence, Maxwell called Epstein a “manipulative, cunning and controlling man” who fooled everyone in his orbit. She said she was “sorry” for the pain that his victims experienced.

“It is the greatest regret of my life that I ever met Jeffrey Epstein,” Maxwell said.

Maxwell's month-long trial in late 2021 was widely seen as the reckoning that Epstein – who killed himself in a Manhattan jail cell in 2019 at age 66 while awaiting his own sex trafficking trial – never had.

It was one of the highest-profile cases in the wake of the #MeToo movement, which encouraged women to speak out about sexual abuse, often at the hands of wealthy and powerful people.

In imposing the sentence, US Circuit Judge Alison Nathan said Maxwell did not appear to express remorse or accept responsibility.

“Maxwell directly and repeatedly and over the course of many years participated in a horrific scheme to entice, transport and traffic underage girls, some as young as 14, for sexual abuse by and with Jeffrey Epstein,” Nathan said. “The damage done to these young girls was incalculable.”

Bobbi Sternheim, a lawyer for Maxwell, said Maxwell would appeal, arguing the public scrutiny of the case before the trial “left little room for her to be treated fairly.”

“We all know that the person who should have been sentenced today escaped accountability, avoided his victims, avoided absorbing their pain and receiving the punishment he truly deserved,” Sternheim told reporters.

‘Pattern of deflection of blame’

Maxwell’s lawyers had proposed she serve no more than 5-1/4 years, arguing she was being scapegoated for Epstein’s crimes. Prosecutors had last week suggested she serve between 30 and 55 years in prison, but on Tuesday said the 20-year sentence would hold Maxwell accountable for “heinous crimes against children.”

“This sentence sends a strong message that no one is above the law and it is never too late for justice,” Damian Williams, the top federal prosecutor in Manhattan, said in a statement.

“Although Epstein was of course central to this criminal scheme, Ms. Maxwell is not being punished in place of Epstein or as a proxy for Epstein,” Nathan said. “Ms. Maxwell was instrumental in the abuse of several underage girls.”

In often emotional and explicit testimony during the trial, Annie Farmer, a woman known as “Kate,” and two other women testified that Maxwell, who was found guilty on five counts, was a central figure in their abuse by Epstein.

During Tuesday's hearing, Farmer, now a psychologist, said her experience being exploited by Maxwell “resulted in significant shame” that sometimes left her feeling like she wanted to “disappear.”

Kate said she was proud to help hold Maxwell accountable.

“Today, I can look at Ghislaine and tell her that I became what I am today in spite of her and her efforts to make me feel powerless and insignificant, and I will cast that empowerment on my daughter,” Kate said.

Ghislaine Maxwell placed on suicide watch ahead of sentencing 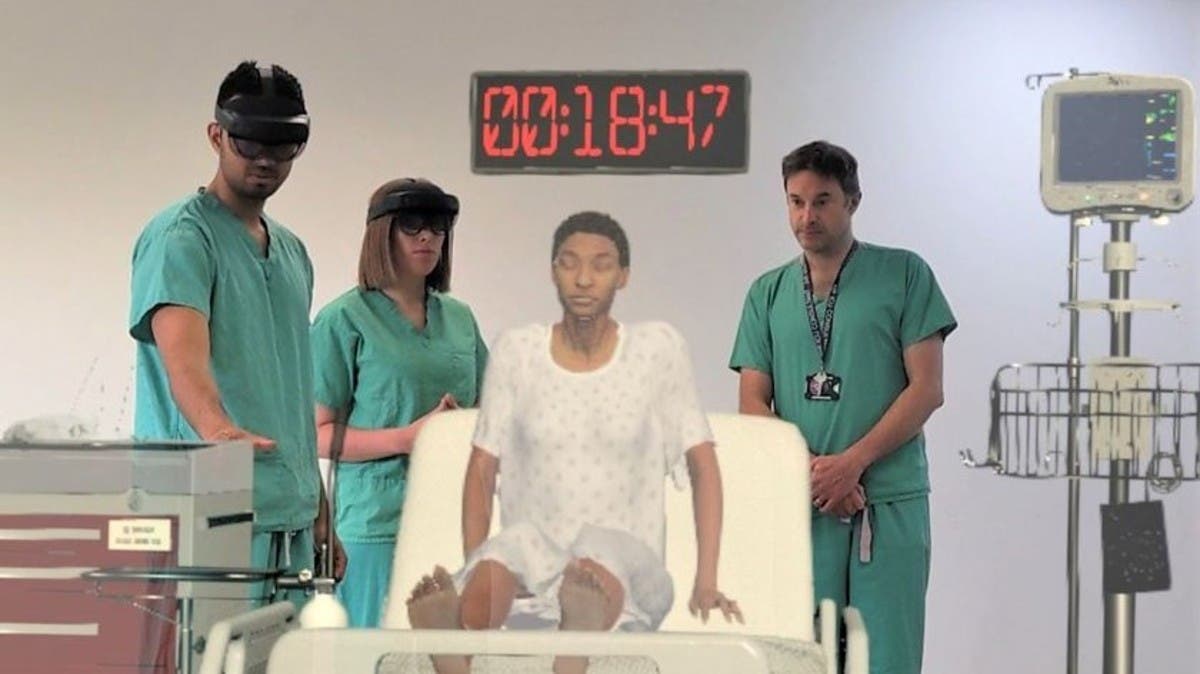 A hospital in the United Kingdom has become the first in the world to train its future doctors with the use of holographic patients.

Researchers at the Addenbrooke’s Hospital in Cambridge have developed mixed-reality technology that can mimic medical situations for students through which they can treat virtual patients.

During these simulations, medical students encounter a virtual patient experiencing symptoms and must make decisions on how to care of it in real-time.

The students wearing the mixed-reality headsets are able to see each other in real life, while also interacting with a multi-layered, medically accurate holographic patient, a statement by Cambridge University Hospitals said. This enables an environment where medical students can learn and practice vita decision making and treatment in real-time.

NHS medical director Sir Stephen Powis said that this new technology “could enhance the learning experience of our next generation of doctors, nurses and healthcare workers, by creating new environments to practice medicine in real-time, while improving access to training worldwide.”

Through the same type of mixed-reality headset, medical instructors can alter patient responses, introduce complications to the simulations, and record observations and discussions. This can be conducted in person within a teaching group or remotely, and can be done in various locations worldwide via the internet.

“This makes training much more interactive and realistic, and you can safely make mistakes and learn from them,” said CUH junior doctor Aniket Bharadwaj.

“Throughout medical school we would have situations where actors would come in an act as patients. With the pandemic a lot of that changed to tablet-based interactions because of the risk to people of the virus.”

Learners can watch, contribute to and assess these patient scenarios from their Android or iOS smartphones, or tablets. The technology is now available for license to learning institutions all over the world.

The first module features a hologram patient with asthma, followed by anaphylaxis, pulmonary embolism and pneumonia, the statement revealed, adding that further modules in cardiology and neurology are now in development.

“Mixed reality is increasingly recognized as a useful method of simulator training. As institutions scale procurement, the demand for platforms that offer utility and ease of mixed reality learning management is rapidly expanding,” said the project’s leader Dr. Aruna Gupta, who is also a consultant anesthetist at CUH and director of postgraduate education at Cambridge University Health Partnership.

“Empowering instructors with 360-degree preparation for clinical practice represents a milestone for GigXR that allows us to provide our customers with a library of applications that offers solutions for students from their first courses to continuing education,” said GigXR founder David King Lassman.

“Our first HoloScenarios module represents a new and incredibly powerful way to use mixed reality for healthcare training, to be followed up by many more modules and new applications delivered soon.”

Scientists develop ‘acoustic fabric’ that can ‘hear’ your heartbeat

Metaverse will lead to evolution of ‘virtual babies’ who grow up in real time: Expert

UAE, Saudi to be ‘major players’ in Metaverse; will invest and reap billions: Expert