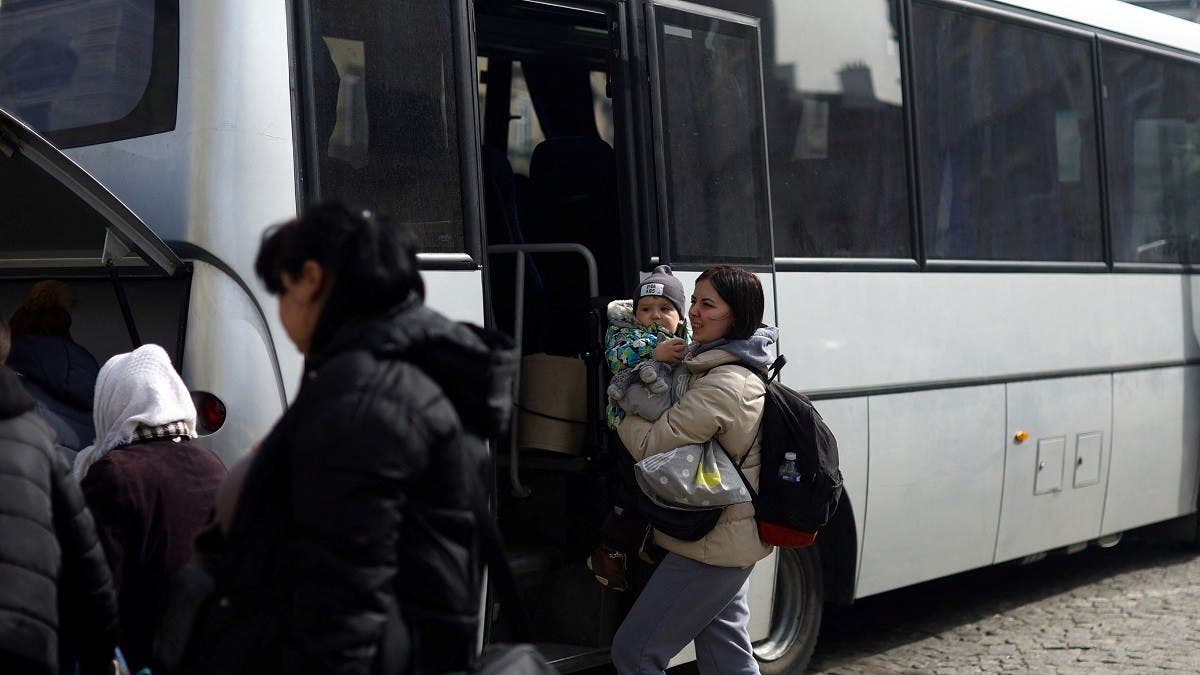 The Biden administration is launching a program next week allowing Ukrainians fleeing Russia’s invasion of their home country to come to the United States temporarily if they have American sponsors, US officials said on Thursday.

The “humanitarian parole” program will offer qualifying Ukrainians the ability to stay in the United States for up to two years, one official said on a call with reporters. Unlike the US refugee resettlement program, it does not provide a path to citizenship.

Any US citizen, including representatives of businesses and nonprofit organizations, can apply to sponsor Ukrainians seeking refuge in the United States but must show financial support and pass background checks, the US Department of Homeland Security (DHS) said.

US sponsors can submit applications for the program, called “Uniting for Ukraine,” beginning on Monday — a process another official said could take a week to complete.

Facing pressure from US lawmakers and refugee advocates, President Joe Biden’s administration has said the United States would accept up to 100,000 Ukrainians.

About 5 million people have fled Ukraine for neighboring countries since Russia invaded the country on Feb. 24, according to United Nations data, making it Europe’s fastest-moving refugee crisis since the end of World War Two.

“We are proud to deliver on President Biden’s commitment,” Homeland Security Secretary Alejandro Mayorkas said in a statement.

Any person outside the United States can apply for humanitarian parole but must demonstrate an urgent reason to be allowed to enter the country or that their entry will significantly benefit the United States.

More than 350 Ukrainians have already sought humanitarian parole to enter the United States from abroad since the start of the conflict through early April, Reuters reported this month.

However, the program set to begin on Monday will require US sponsors to apply on behalf of Ukrainians and will offer a sped-up process to bring them into the country, one of the officials said on Thursday.

In addition to humanitarian parole, other pathways for Ukrainians include the US refugee resettlement program, as well as existing visa avenues.

The effort to bring up to 100,000 Ukrainians to the United States could stretch beyond the current fiscal year ending on Sept. 30, the Biden administration has said, signaling that it may not move quickly.

While thousands of Ukrainians have entered the United States via the border with Mexico and some on legal visas, only 12 Ukrainians came through the US refugee program in March.

Ukrainians in Europe should apply from there and not travel to Mexico to enter the United States, DHS said.

About 3,300 Ukrainians were encountered by US southern border authorities in March, the vast majority of whom approached ports of entry without permission to cross, according to US government data.

The number of Ukrainians attempting to enter at the border with Mexico has risen sharply in April, according to internal US government figures reviewed by Reuters, with an average of about 1,000 per day arriving from April 10-16.

Read more: US started training Ukrainians on Howitzers in country outside of Ukraine: Pentagon