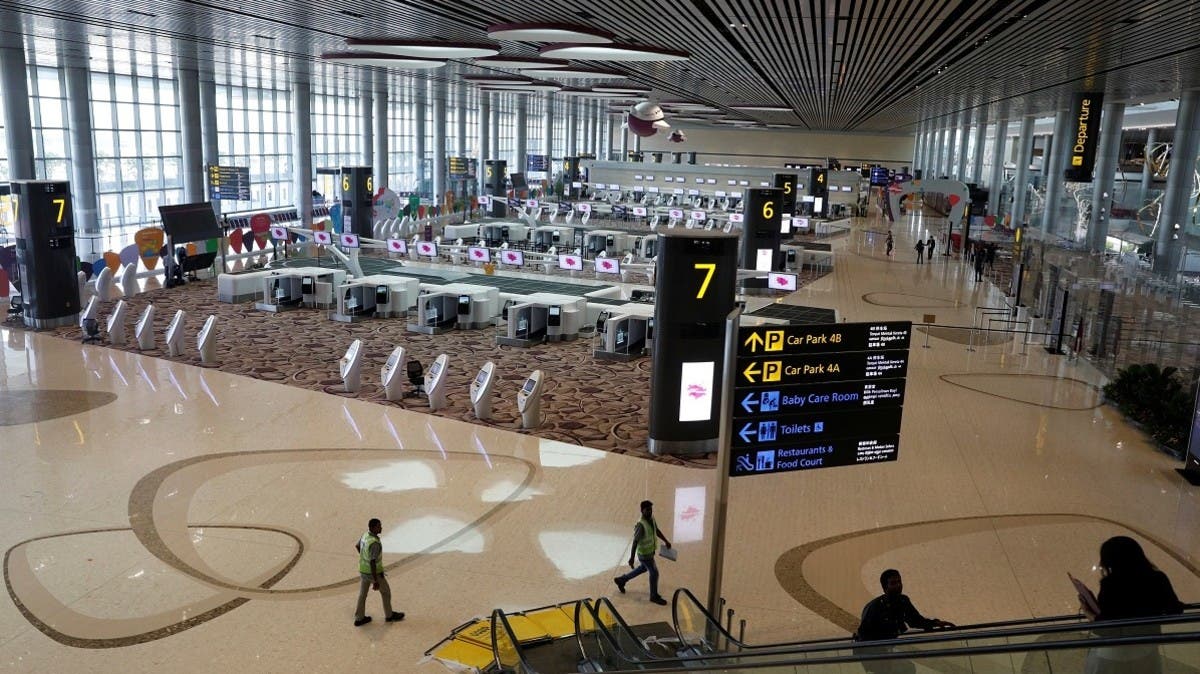 Changi Airport was crowned the world’s best aerodrome for 15 years straight prior to COVID-19 based on its superior traveler offerings and high-tech customer service. Now it’s readying to welcome back visitors en masse, hoping improvements made during the pandemic will cement its status as Asia’s premier aviation hub.

Most of the shops at the two Changi terminals that are operating have reopened and business partners like Singapore Airlines Ltd. and ground handling and catering outfit SATS Ltd. are hiring in anticipation of a travel rebound, seeking to avoid the labor shortage-induced snarls of Australia and Europe.
For the latest headlines, follow our Google News channel online or via the app.

New technology is being applied that is taking contactless service to the next level.

Such efforts could help Changi become the region’s busiest airport for international travel in 2022, a title that’s there for the taking considering the woes of Hong Kong International Airport, where air passenger traffic has slowed to a trickle under China’s COVID-Zero policy. Restoring Changi, which commands a certain spot in the nation’s psyche, is also vital to Singapore’s economy, with the aviation sector accounting for more than 5 percent of the city’s gross domestic product and providing around 200,000 jobs.

“Changi is the most liberal airport we have in Southeast Asia right now,” said Mohshin Aziz, director of the Pangolin Aviation Recovery Fund, which invests in aviation-related businesses. “We are in this situation where the difference in policies will determine whether an airport is in the 21st century or in the dark ages.”

Singapore was among the first in Asia to start easing travel restrictions by establishing so-called vaccinated travel lanes that ultimately allowed people from 32 countries to visit without quarantine. From April, the island was opened to anyone who is fully inoculated regardless of where they are from.

While waiting for footfall pick up, Changi was making behind-the-scenes adjustments. Self check-in kiosks and baggage drops now operate when a person hovers their finger over a screen.

Passengers use automated immigration gates that scan faces and irises if those biometrics are registered in a passport. Air conditioning and mechanical ventilation has been installed with hospital-grade filters and ultraviolet sanitization systems, and autonomous cleaning robots use misting to disinfect carpets.

Singapore itself has set aside almost S$500 million ($367 million) to spur a tourism revival.

The strict travel restrictions in Hong Kong have meant it hass ceased to function as an international aviation hub, the International Air Transport Association said earlier this month. “It’s effectively off the map now, and I think it’s going to be difficult for Hong Kong to recover,” Willie Walsh, director general of IATA, said.

That is in stark contrast to Changi, which even in the most difficult times kept its gates open to passengers traveling to destinations within Southeast Asia, when most direct flights from other regions had stopped.

Transfer passengers — Singapore being a prime transit hub for travelers from Australia and New Zealand going onto Europe and the US or vice versa — accounted for as much as half of traffic at the airport last year, compared with about 30 percent pre COVID.

The airfield is seeing more travelers as Singapore reopens and is focused on serving them, Changi Airport said in an emailed response, declining to elaborate.

On a recent visit one weekday afternoon, around 65 percent of the shops in Changi’s transit area were open, rising to almost 90 percent in the public areas of Terminals 1 and 3.

Lotte Duty Free, South Korea’s biggest duty free operator and one of the two biggest at Changi, is set to open one of its largest-ever stores at the airport shortly, while Singapore Airlines spent part of the pandemic completely refurbishing its business and first-class lounges at Terminal 3.

While Changi doesn’t have immediate plans to reopen Terminal 4, it plans to restore operations at Terminal 2 in phases later this year. Building works at the previously under construction Terminal 5 remain on hold.

There are still long stretches during the day and night when activity comes to a standstill because very few flights are landing. While 81 of the 91 carriers that used to fly into Changi have restored services, flight frequencies are just 37 percent of pre-COVID levels. Last year, the aerodrome handled 3.05 million passengers, a drop versus the 68 million in 2019 before countries closed their borders.

Some store operators haven’t been able to hold out. A few in the transit area have handed their operating licenses back to the airport and Changi will look for new retailers to take over the vacant spaces. Singapore’s government has also warned that stricter measures could return if the COVID situation worsens, even though now, more people can eat together at restaurants and masks are not mandatory outside anymore.

The government aims to restore passenger volume at Changi to at least 50 percent of pre-pandemic levels by later this year, up from 15 percent at the end of 2021. Singapore Tourism Board Chief Executive Officer Keith Tan said earlier this month that the number of short-term visitors more than doubled in March to about 120,000, from 57,000 in January.

Air-passenger traffic reached 400,000, or 31 percent of pre-Covid levels, in the week ending April 17, the Civil Aviation Authority of Singapore said in an emailed statement Monday, up from 18 percent a month ago. Volume particularly came to and from Australia, Malaysia, Indonesia, and Thailand.

“We are seeing good air travel recovery and expect numbers to further increase, especially in the upcoming May Day-Hari Raya Puasa long weekend and the June school holiday season, Han Kok Juan, director-general of the CAAS, said. “The CAAS is working with the airport operator, aviation companies and unions to ramp up operations and manpower to support the higher traveler volumes.”

An announcement in January that Singapore will resume hosting the Formula One Grand Prix for another seven years after a two-year hiatus was a positive signal, said Gary Bowerman, director of travel and tourism research firm Check-in Asia.

“That’s really given a boost to everybody showing that Singapore means that it’s staying open,” he said. “They’re being realistic. It’s going to take time to rebuild passenger demand.” 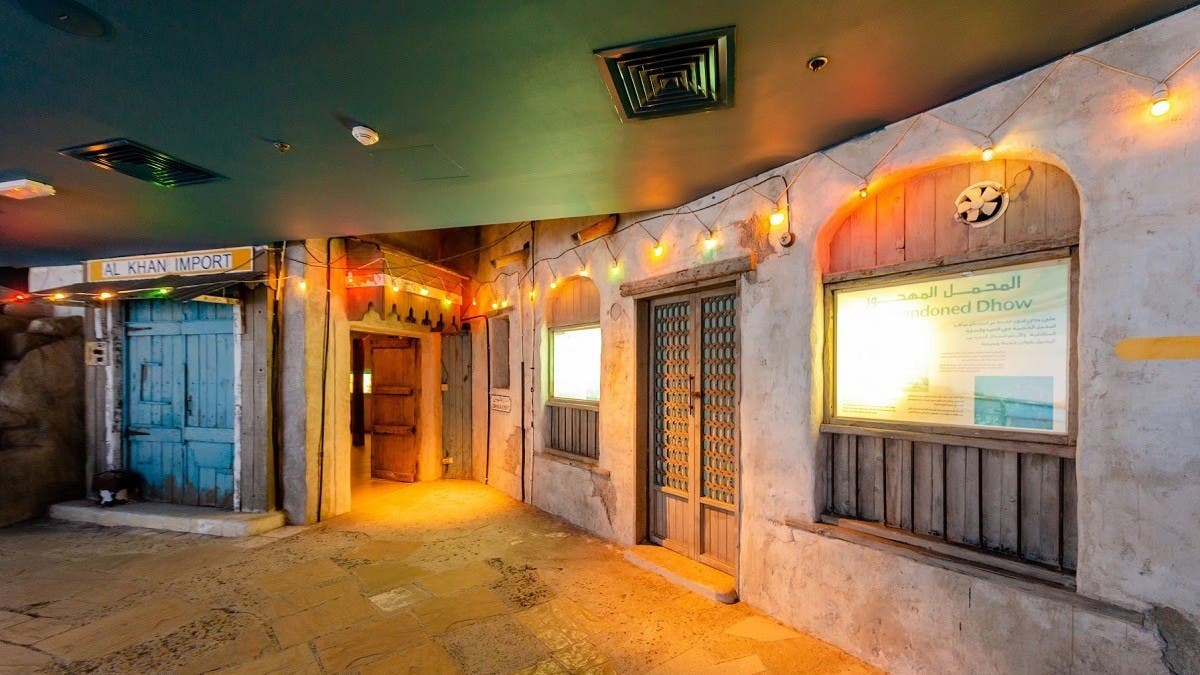 Sharjah Museums Authority (SMA) is marking the International Museum Day with a number of events held for three days between July 1 and July 3, 2022, at Al Zahia City Centre Mall.

During this year’s celebration under the theme ‘The Power of Museums,’ SMA’s lineup of activities will reflect the importance of museums as significant cultural and educational destinations.

Members of the public will enjoy replicas of museum’s collections such as one-of-five astrolabes preserved by international museums, pearl sieves that were used to categorize pearl sizes, the ‘Burqa’ which is a traditional face wear that adorned Emirati women’s faces, and a statue of a camel that was uncovered in Muweilah area of Sharjah.

Activities between 10 am and 12 midnight at the mall’s main hall and theatre will also include guidd tours, live performances, and calligraphy workshops.

More events will focus on old Emirati professions and their tools with an aim to better connect community members with the rich history and heritage of the UAE.

“From promoting an understanding of differences, to addressing key social issues, museums are more important today than they have ever been,” said Manal Ataya, Director General of Sharjah Museums Authority.

Being educational centers and social spaces, Ataya said museums have the power to influence both change and development because they broaden knowledge, stimulate new ideas, encourage creative thinking, and help build social cohesion in their respective communities.

“Museums provide visitors with new perspectives and nurtures their curiosity to learn about other cultures, thereby building cultural bridges and supporting diversity in multicultural societies, in particular, as seen in the UAE,” she added.
The list of events also include a number of interactive programs and workshops about Islamic architecture, marine turtles, and pottery making that aim to engage children and adults alike.

Sixteen doors that represent SMA’s themed museums will introduce participants to the diverse offerings of the authority's distinguished cultural and educational centers.

International Museum Day is celebrated annually on May 18 to raise awareness about the importance of museums as means of cultural exchange and as centers of learning that educate people about the history of humankind.