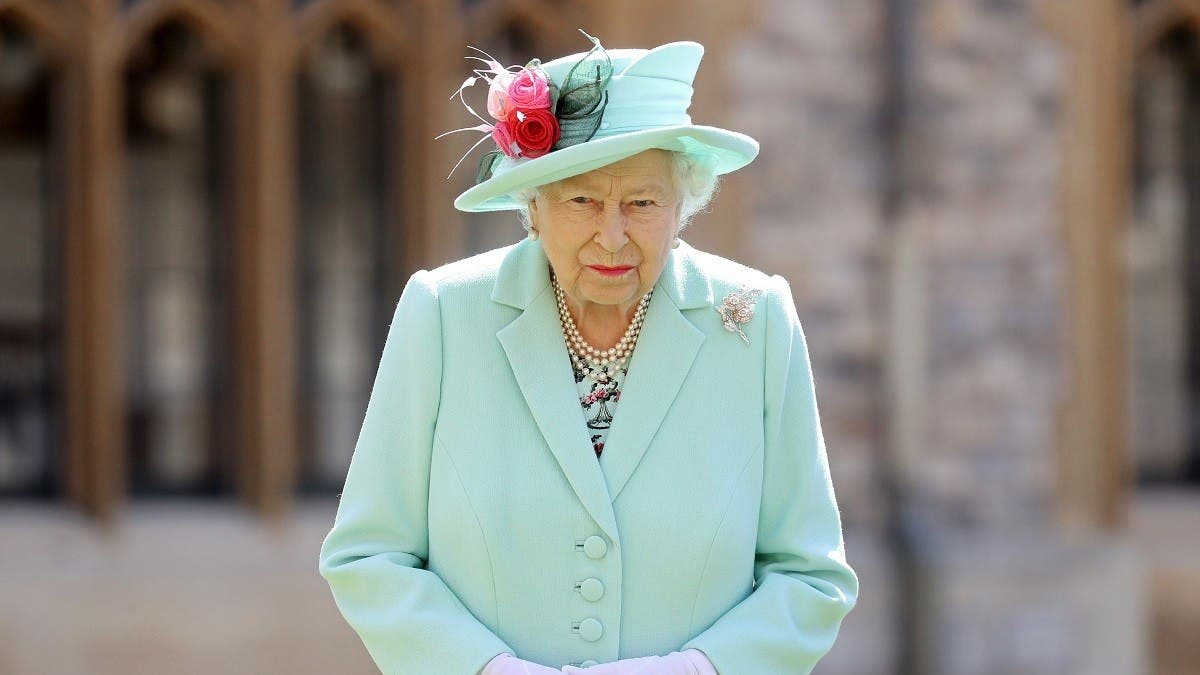 Britain’s Queen Elizabeth said COVID-19 had left “one very tired and exhausted” as she talked to health workers and a former patient about her own experience of “this horrible pandemic.”
Britain’s 95-year-old monarch tested positive for COVID-19 in February and was described as having had mild, cold-like symptoms. She later returned to light duties.

Read the latest updates in our dedicated coronavirus section.
The queen, who is patron of the Royal London Hospital, spoke on a video call to National Health Service workers at the hospital who had helped to build and run a 155-bed unit to cope with a surge in patients needing help with their breathing.
Her conversation with staff came as she marked the official opening of the hospital's Queen Elizabeth Unit.
“It’s amazing, isn't it, what can be done, when needs be?” she said in comments released by Buckingham Palace late on Sunday.
The queen also spoke to Asef Hussain, who had been seriously ill with COVID-19 and who lost family members to the virus. “It does leave one very tired and exhausted doesn’t it, this horrible pandemic?” she said to him.
The queen asked how the patients had coped without being able to see family members. “It obviously was a very frightening experience,” she said.
Elizabeth, who turns 96 later this month, has cut back on engagements since being hospitalized for a night last October for an unspecified illness.

President Xi Jinping declared COVID-Zero the most “economic and effective policy for China,” during a symbolic visit to Wuhan in which he cast the strategy as proof of the superiority of the country’s political system.

Xi said during a trip Tuesday to the central Chinese city where the virus first emerged in late 2019 that relaxing COVID-19 controls would risk too many lives in the world’s most populous country. China would rather endure some temporary impact on economic development than let the virus hurt people’s safety and health, he said, in remarks reported Wednesday by state media.

“Our country has a large population, such strategies as ‘herd immunity’ and ‘lying flat’ would lead to consequences that are unimaginable,” Xi said, according to the official Xinhua News Agency.

The benchmark CSI 300 equities gauge extended losses, ending Wednesday’s session down 1.5 percent, its biggest decline in more than a month. The offshore yuan, which initially declined as much as 0.2 percent on Xi’s comments, pared losses to 6.7032 per dollar as of 4:45 p.m. local time.

The comments represent the clearest sign yet that Xi was willing to expend the political power he’s amassed over the past decade defending a policy that has required locking down large swaths of the country’s most economically important cities for weeks on end. The president characterized Covid Zero as connected to the Communist Party’s “nature and purposes.”

“We have the leadership of CCP, we have the communities as the foundation at grassroots level, we have the capability and strength to implement dynamic-clearance policy until reaching the final victory,” Xi said, using China’s preferred term for the approach.

The comments come in the run up to a pivotal party congress later this year, in which Xi is expected to secure a precedent-breaking third term in power. By increasingly tying COVID-Zero to his own prestige as a leader, Xi is making it riskier for critics of the policy to speak up and also raising the political stakes for himself.

China’s Covid outbreaks and an ongoing property market slump have put the government’s economic growth target of around 5.5 percent out of reach. Economists surveyed by Bloomberg predict growth of just 4.1 percent for this year.

“Xi Jinping’s comments in Wuhan suggest that China’s top leadership sees COVID as a legitimate reason to miss the economic growth objectives and that China’s overall COVID stance is unlikely to change any time soon,” said Louis Kuijs, Asia Pacific chief economist at S&P Global Ratings. “In turn, that means that new outbreaks will continue to pose serious risks to the economy and that economic sentiment will continue to be affected.”

In Wuhan, Xi said China “needs to promote the stable and healthy development of the economy as much as possible at the same time as carrying out the work of pandemic prevention.” Xi also said the country needed to be more self-reliant on developing cutting edge technologies, especially in chip industry and high-end manufacturing, saying the country must “firmly hold the lifeline of science and technology in its own hands.”

Xi’s remarks come after the country managed to quell its most serious outbreaks since the Wuhan crisis: both Shanghai and Beijing reported zero local cases on Monday, for the first time since February 19, with the financial hub in particular emerging from a bruising two-month lockdown.

The omicron outbreak has tested its playbook, but China appears to have emerged from that with a new protocol for maintaining COVID-Zero indefinitely. While an easing of travel quarantine buoyed markets on Tuesday as a sign of reopening, officials in the same document codified a standardized approach to mass testing and lockdown that local officials should follow.

China’s 1.4 billion people live in a new normal of constant testing and tracking. In the capital of Beijing, residents are required to show a green code on a mobile app that tracks their health status, and take a COVID-19 test every three days to enter any public venue, including restaurants, shops, and mass transportation. Even kids over age three must be tested to play in the park.

Xi’s comments were likely to dash hopes that China was cautiously embarking on an exit plan.

“We would rather temporarily affect a little economic development, than to risk harming people’s life safety and physical health, especially the elderly and children,” he said Tuesday.

Outside advisers to the US Food and Drug Administration are meeting on Tuesday to discuss whether to change the design of COVID-19 vaccines in order to combat future variants of the coronavirus.
The updated shots are likely to be redesigned to fight the Omicron variant of the coronavirus, experts say. The exact composition of the retooled shots and whether they also will include some of the original vaccine alongside new components will be considered at the meeting.

Pfizer Inc, Moderna Inc and Novavax Inc are scheduled to present data at the meeting. All three companies have been testing versions of their vaccines updated to combat the BA.1 Omicron variant that was circulating and led to a massive surge in infections last winter.
Both Moderna and Pfizer with partner BioNTech have said that their respective redesigned vaccines generate a better immune response against BA.1 than their current shots that were designed for the original virus that emerged from China.

They have said that their new vaccines also appear to work against the more recently circulating BA.4 and BA.5 Omicron subvariants, even though that protection is not as strong as against BA.1.
Experts also want to know if the new shots will increase protection against severe disease and death for younger, healthier people or merely offer a few months additional safeguard against mild infection.
Scientists who have questioned the value of booster shots for young and healthy people have said a broad campaign is not needed with an updated shot either.
Others experts have championed any additional protection new vaccines may offer. 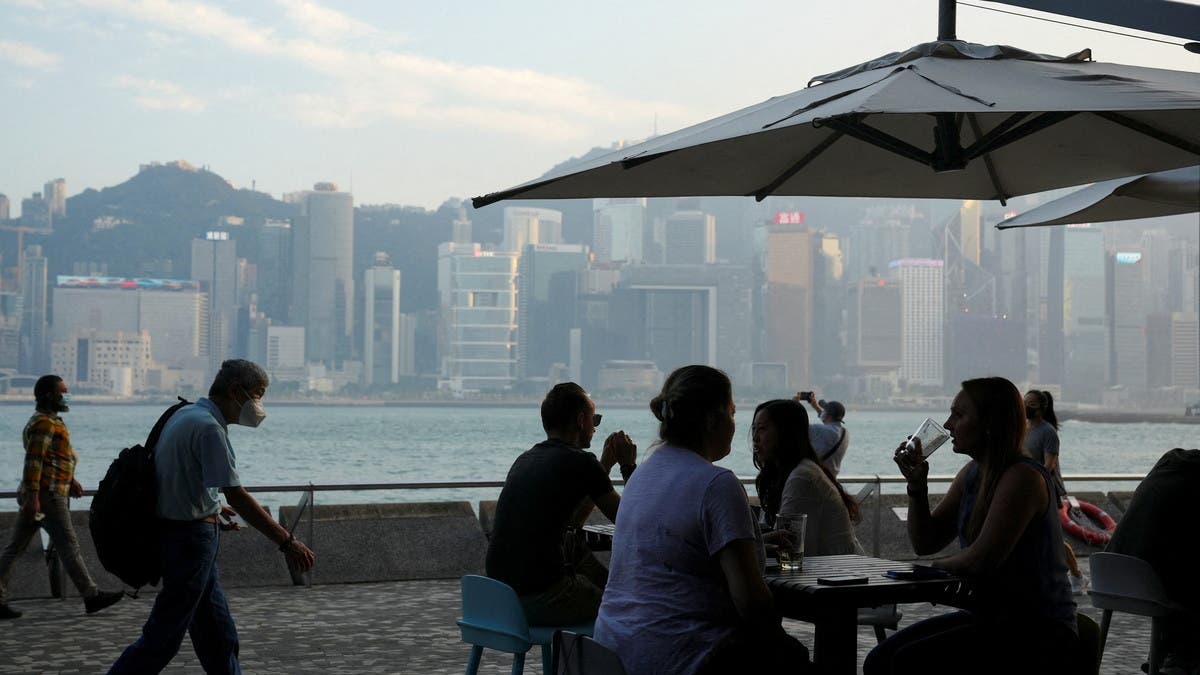 Hong Kong’s government stepped up its COVID-19 testing program and advised against large family gatherings, days before landmark celebrations to mark 25 years of Chinese rule and a reported visit by President Xi Jinping.

Testing over the next few days will focus on high-risk districts where infections have broken out and coronavirus has been found in sewage samples, the government said in a statement. Compulsory tests have already been ramped up in these areas in a bid to stop the virus spreading.

The ramping up of the testing program comes before an anticipated two-day visit by Xi for the anniversary festivities.

According to the South China Morning Post, Xi will begin his trip to Hong Kong on June 30 before the 25-year celebrations on July 1. Thousands of police officers will descend on the West Kowloon high-speed rail terminus, where Xi and mainland officials are due to arrive from Shenzhen, the newspaper said. Xi won’t stay overnight in Hong Kong, according to the report.

He will attend a banquet hosted by outgoing Hong Kong leader Carrie Lam at her official residence on Thursday, according to the Post.

It will be Xi’s first visit to the city in five years, and his first outside the mainland since January 2020, as his pandemic policy has largely closed China’s borders.

The Hong Kong government said the virus has recently showed up in sewage from Wan Chai, Sha Tin and Yau Tsim Mong districts and residents have been given rapid testing kits. The government will continue to give out free tests to those aged 60 and above, adding to the 11 million kits already distributed, it said.

The government urged people to be vigilant. They should “undergo testing frequently, continue to observe the social distancing measures, avoid going out as much as possible and taking part in crowded or unnecessary activities or gatherings,” it said.