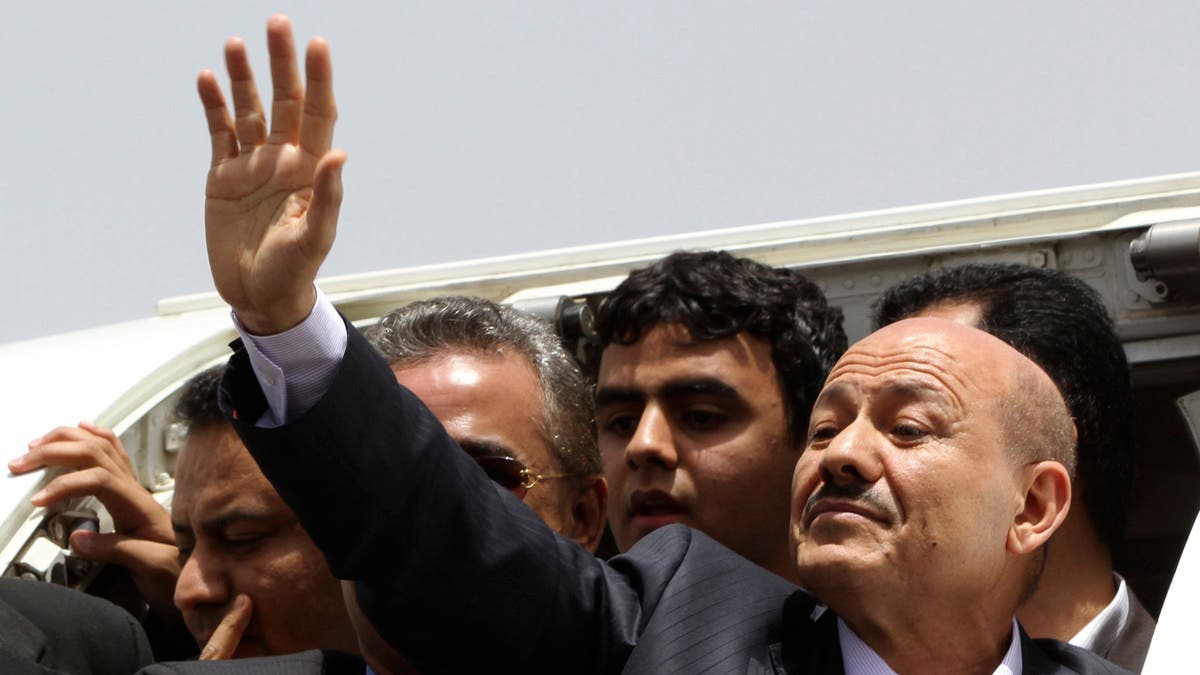 Yemen’s president Abed Rabbo Mansour Hadi has transferred his powers to a newly established presidential leadership council and relieved the vice president Ali Mohsen al-Ahmar of his duties on Thursday.

The former president vacated the post 10 years after he was elected to power in 2012. He was the only candidate to stand for elections.

In a presidential decree, the former leader said that the move came as a “desire to involve effective leaders in managing the state in this transitional phase, and affirming our commitment to Yemen’s unity, sovereignty, independence, and territorial integrity…”

The new council, headed by Major General Dr. Rashad al-Alimi, will temporarily be in charge of Yemen’s political, military, and security sectors during the transition period.

It will reportedly follow the provision of the “Arab Initiative” and wield the power offered to the vice president of Yemen, in addition to that of the presidents.

These members will share the title of ‘Deputy Chairman of the Presidential Leadership’ and are further supported by a commission of 50 members who will work in an advisory and consultative role with the eight-member committee.

There are also separate legal and economic teams. The council will end its term upon election of a new president.

According to the presidential decree, the newly formed council has the authority to hold talks with Yemen’s Iran-backed Houthis and find a solution to the incessant violence.

Currently, the warring parties in Yemen are under a two-month-long ceasefire agreement, which world powers including Saudi Arabia hope to maintain long term. The agreement followed extensive talks held by the GCC and Yemeni representatives in Riyadh.

The Kingdom on Thursday welcomed the Yemeni president’s decision and urged the body to start negotiations with the Iran-backed Houthi militia.

Saudi Arabia also said it would arrange $3 billion of support to the war-torn country’s economy, according to SPA. Riyadh would provide $2 billion, and another $1 billion would come from the United Emirates, which is part of the Arab Coalition.

The head of the council

Al-Alimi was formerly Yemen’s deputy prime minister under the governance of Ali Abdullah Saleh, and previously also served as the interior minister.

In a major incident, al-Alimi was reportedly injured in the explosion of the al-Nahdain Mosque in the Presidential House during Friday prayer in 2011.

The target was the late President Ali Abdullah Saleh and other Yemeni leaders in the country. Al-Alimi was transferred to Saudi Arabia for treatment, Al Arabiya reported, and returned to Sanaa on June 13, 2012 after a year of treatment in Saudi Arabia and Germany, before leaving Sanaa again following a coup by the Iran-backed Houthis.

In 2014, Al Arabiya reported that he was the Advisor to the President of Yemen. He was also reported to hold a PhD in sociology from Ain Shams University in Egypt.