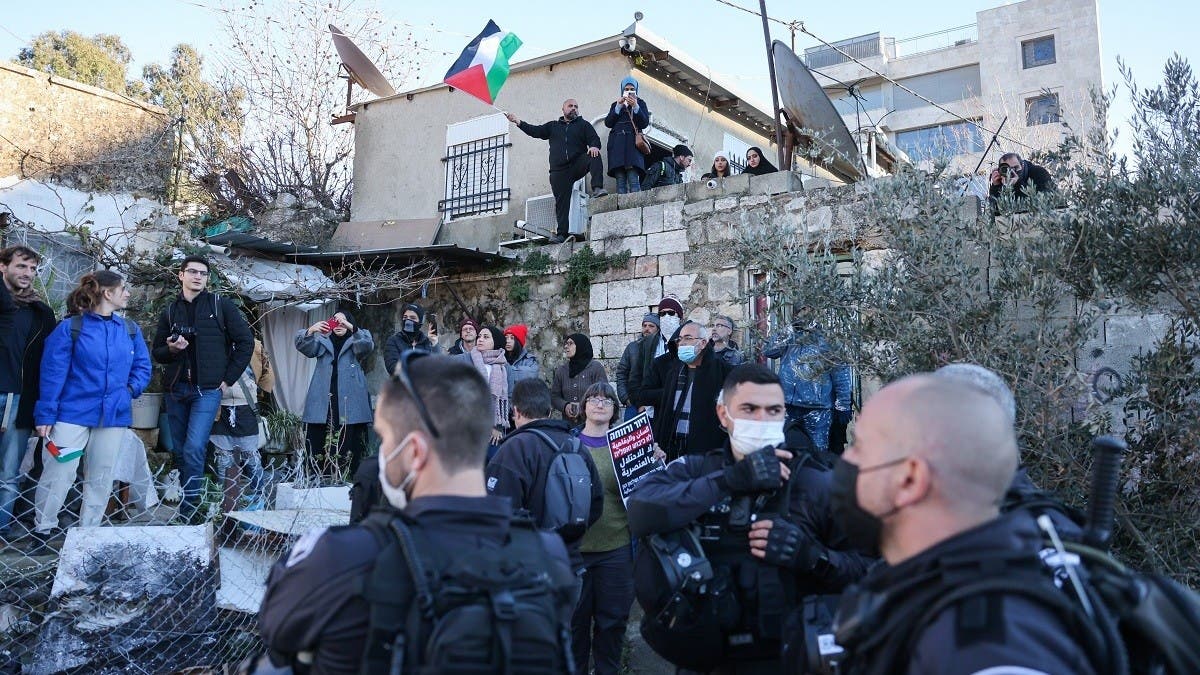 An Israeli court on Tuesday froze the planned eviction of a Palestinian family in the flashpoint east Jerusalem neighborhood of Sheikh Jarrah, pending an appeal.

The Salem family had been ordered to surrender the property to Jewish settlers who have claimed ownership of the plot.

Sheikh Jarrah has become a symbol of Palestinian resistance against Israeli control of Jerusalem, and the Salem family’s imminent eviction made them a growing focus of the tensions there.

The land rights battle between Jewish settlers and Palestinians in the neighborhood has sparked clashes and partly fueled the 11-day war in May between Israel and armed groups in the Gaza Strip.

The Palestinian family received their eviction order in November, with a deadline to vacate by March 1.

A lawyer for the family, Medhat Diba, said the Jerusalem Magistrate’s court agreed to suspend the eviction until it ruled on an appeal launched by the Palestinians.

The court also released a decision confirming the freeze.

Khalil Salem, a member of the family, told AFP the decision was “a positive step because we were on the verge of losing our house.”

Earlier this month clashes broke out when far-right Israeli lawmaker Itamar Ben Gvir opened a tent “office” near the family’s house after an alleged Palestinian arson of a settler’s home nearby.

The United Nations said its personnel visited the Salem family on February 18.

Israel annexed east Jerusalem, which Palestinians claim as their future capital, following the 1967 Six-Day War in a move not recognized by most of the international community.

Jewish settlers groups have won legal victories claiming ownership of various plots where Palestinians live, using an Israeli law that allows Jews to reclaim land lost during the conflict that coincided with Israel’s creation in 1948.

But no equivalent land reclamation law exists for Palestinians who lost homes in west Jerusalem.

More than 200,000 settlers now live in east Jerusalem, alongside about 300,000 Palestinians. The Jewish settlements in the city are considered illegal under international law.

Blinken-Lavrov meet up in the air, France cancels invite for Russia’s FM