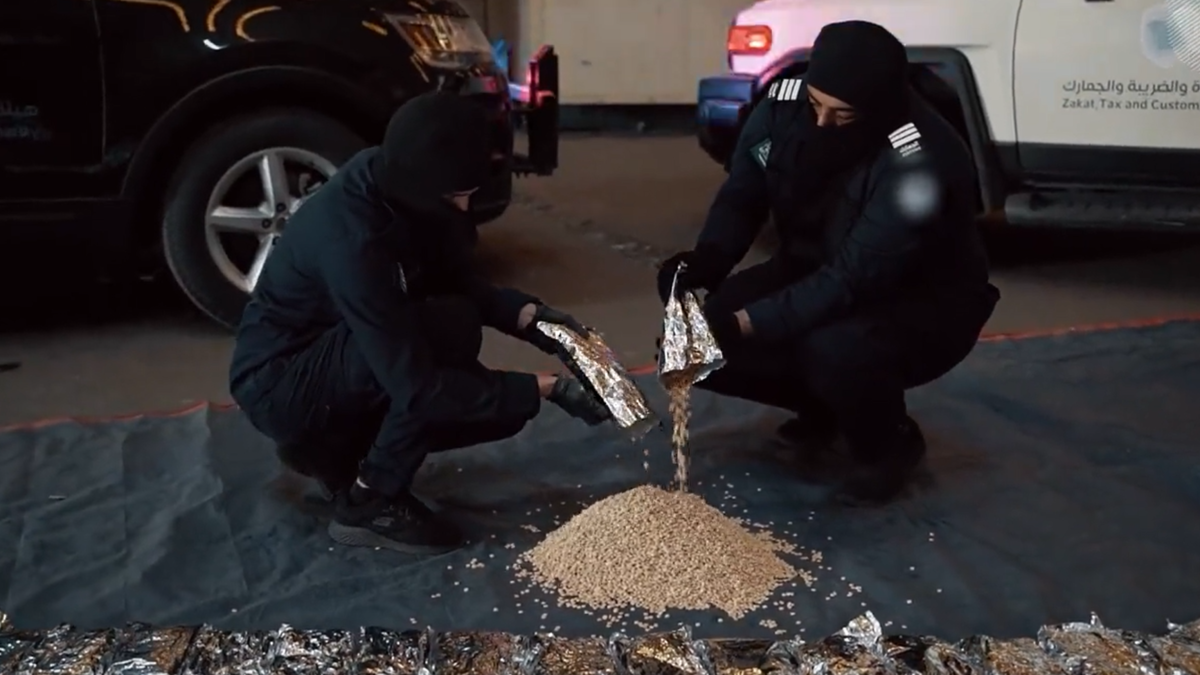 Captagon is a type of amphetamine-style stimulant fenethylline that continues to be manufactured, mostly in Lebanon and Syria, for illegal recreational use.

The Zakat, Tax and Customs Authority (ZATCA) caught the drugs hidden in consignments sent to the Kingdom to the Jeddah Islamic Port and Duba Port.

The first batch of drugs was discovered hidden inside glove boxes, according to the SPA report, amounting to 2,483,926 pills.

The second attempt occurred as part of a shipment of oranges, where 423,926 number of pills were found hidden in the spare tire of the truck carrying the fruit. The shipment was reportedly routed through the Red Sea port.

Three people have been arrested in connection with the crime, SPA reported.

The authority reportedly said that they are continuing to “tighten customs control” over imports into the country.

On Tuesday, officials arrested an individual in the Asir region for being in possession of 20 kilograms of hashish, a drug derived from cannabis.

Authorities in the region have been cracking down on narcotics. In a strong stance against drug use, the Kingdom placed a ban on the import of fruit and vegetables from Lebanon in 2021 after Saudi Arabia’s Customs foiled an attempt to smuggle over five million pills of Captagon.

According to an AFP count, more than 25 million pills of Captagon have been seized across the region since the start of the year alone.

According to the Ministry of Interior (MOI), the severest punishment dealt to an individual involved in smuggling illicit narcotics is death.

Meanwhile, individuals who deal the substance face imprisonment, lashing, and/or a financial fine. Repeat offenders may receive a death sentence, according to the MOI.

US to free $3.5 bln in frozen Afghan assets to aid Afghan people: Sources