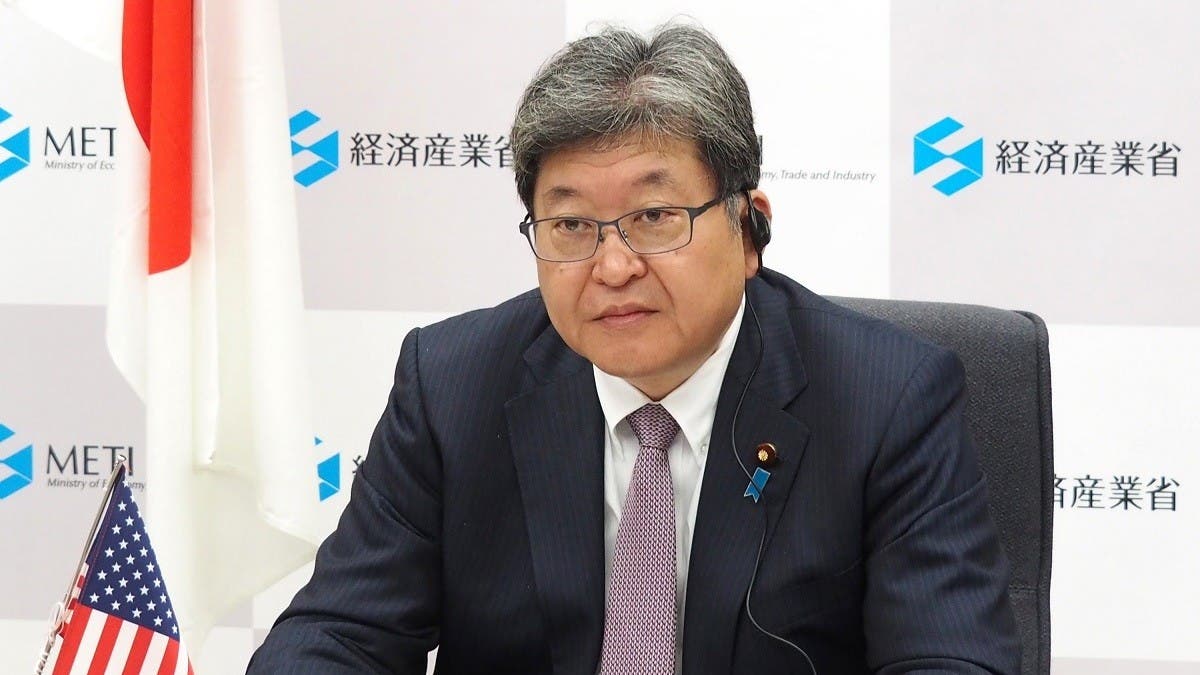 Multiple gas shipments are already being diverted to Europe by private Japanese firms, Koichi Hagiuda said, declining to give details of how many boats or how much LNG is involved.

More ships will head to Europe in March, but the supplies will be strictly contingent on ensuring domestic demand is met, he told reporters.

Fears are mounting that a conflict in Ukraine could cause an energy crisis in Europe, which depends heavily on Russian gas.

Hagiuda said he had received requests from the US and EU ambassadors “to accommodate the need” for the fuel in Europe.

“We have communicated to both the US and EU that this co-operation is to be carried out only to the extent that it does not affect Japan’s electricity and gas supplies,” he said.

Japan was the world’s top LNG importer until last year, and is heavily dependent on the fuel. Reports suggest it may not have much to give, with stockpiles low even as record snow hits parts of the country, according to Bloomberg.

A trade ministry official said the Japanese gas companies will receive market price for the fuel.

Analysts judge it unlikely Russia would completely halt supplies to Europe in the case of conflict, and Japan’s reserves are likely to be insufficient to make up the difference if Moscow did so.

But Tokyo’s offer is seen as symbolic, and comes with frenetic diplomatic maneuvering under way in an attempt to ease tensions with Russia over Ukraine.

French President Emmanuel Macron said Tuesday he saw a path forward after two days of talks in Kyiv and Moscow.

There have been discussions about a possible summit bringing together the leaders of Ukraine, Russia, France and Germany.

Russian leader Vladimir Putin is seeking sweeping security guarantees from NATO and the United States, including barring Ukraine from the military alliance.

On Tuesday, German Chancellor Olaf Scholz backed a threat by US President Joe Biden that the controversial Nord Stream 2 gas pipeline would not proceed if Russia invades Ukraine.

The pipeline, set to double natural gas supplies from Russia to Germany, has become a key bargaining chip for the West in its bid to stop Moscow from invading Ukraine.