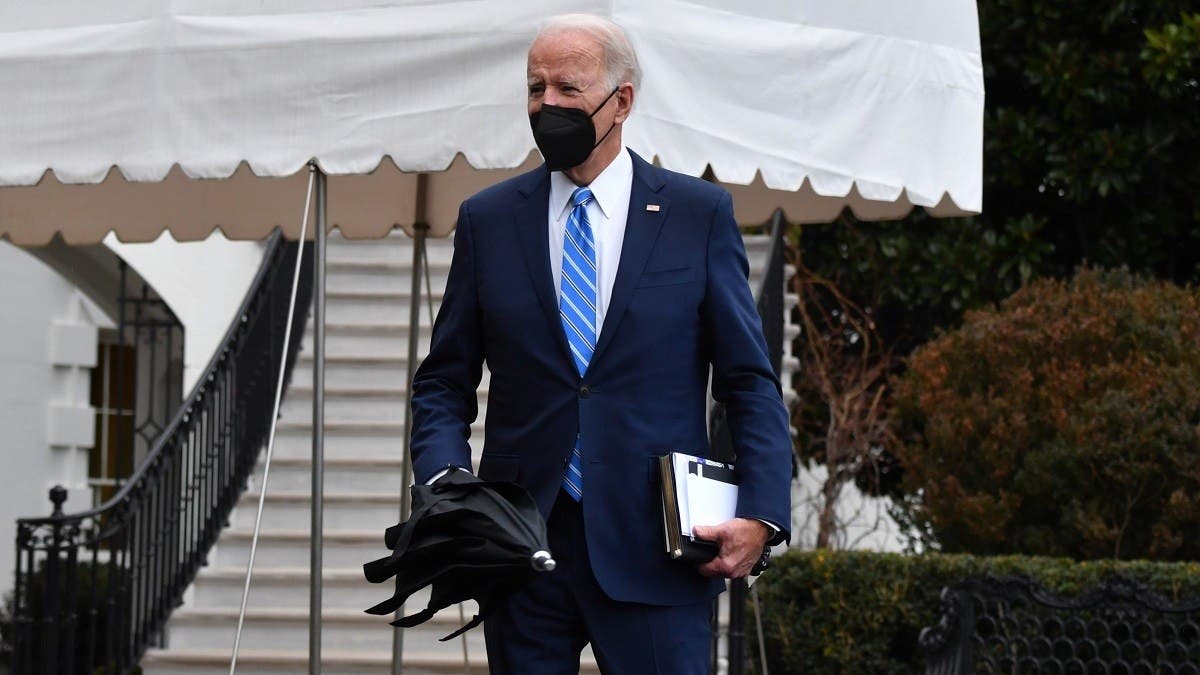 International efforts to defuse the standoff over Ukraine intensified Monday, with French President Emmanuel Macron holding talks in Moscow and German Chancellor Olaf Scholz in Washington to coordinate policies as fears of a Russian invasion mounted.

The buildup of an estimated 100,000 Russian troops near Ukraine has fueled Western worries of a possible offensive. White House National Security Advisor Jake Sullivan warned Sunday that Russia could invade Ukraine “any day,” triggering a conflict that would come at an “enormous human cost.”

Russia has denied any plans to attack its neighbor but demands that the US and its allies bar Ukraine and other former Soviet nations from joining NATO, halt weapons deployments there and roll back NATO forces from Eastern Europe. Washington and NATO reject those demands.

Macron, who is set to meet in the Kremlin with Russian President Vladimir Putin before visiting Ukraine on Tuesday, spoke by phone Sunday with US President Joe Biden to discuss “ongoing diplomatic and deterrence efforts,” according to the White House.

“The security and sovereignty of Ukraine or any other European state cannot be a subject for compromise, while it is also legitimate for Russia to pose the question of its own security,” Macron said in an interview with French newspaper Journal du Dimanche, adding that he believes that “the geopolitical objective of Russia today is clearly not Ukraine, but to clarify the rules of cohabitation with NATO and the EU.”

Putin’s spokesman, Dmitry Peskov, described Macron’s visit as “very important,” but sought to temper expectations, saying “the situation is too complex to expect a decisive breakthrough after just one meeting.”

He noted that “the atmosphere has remained tense,” adding that the US and its allies have continued to ignore Moscow’s security demands.

Continuing the high-level diplomacy, Scholz is to meet with Biden later Monday in Washington. Scholz is set to travel to Kyiv and Moscow on Feb. 14-15.

Biden and Scholz are expected to address the pipeline during their their first face-to-face meeting since Scholz became the head of the German government nearly two months ago.

Ahead of the visit, the White House sought to play down Germany’s refusal to supply lethal weapons to Ukraine, bolster its troops in Eastern Europe or spell out which sanctions it would support against Russia — a cautious stand that has drawn criticism abroad and inside Germany.

White House officials, who briefed reporters ahead of the meeting on the condition of anonymity, noted that Germany has been a top contributor of nonmilitary aid to Ukraine and has been supportive of the US decision to bolster its troop presence in Poland and Romania to demonstrate its commitment to NATO.

Biden has deployed additional US troops to Poland, Romania and Germany, and a few dozen elite US troops and equipment landed Sunday in southeastern Poland near the border with Ukraine, with hundreds more infantry troops of the 82nd Airborne Division set to arrive.

In 2015, France and Germany helped broker a peace deal for eastern Ukraine in a bid to end the conflict between Ukrainian forces and Russia-backed separatists that erupted the previous year following the Russian annexation of Ukraine’s Crimean Peninsula.

The agreement signed in the Belarusian capital of Minsk helped stop large-scale fighting, but efforts at a political settlement have stalled and frequent skirmishes have continued along the tense line of contact in Ukraine’s industrial heartland known as the Donbas.

The leaders of Russia, Ukraine, France and Germany last met in Paris in 2019 in the so-called Normandy format summit, but they failed to resolve the main issues.

Amid tensions over the Russian military buildup, presidential advisers from the four countries met in Paris on Jan. 26 but didn’t make any visible progress and agreed to meet again in Berlin in two weeks.

Ukrainian President Volodymyr Zelenskyy has pushed for another four-way Normandy summit, but the Kremlin said such a meeting would only make sense if the parties agree on the next steps to give special status to the rebel east.

Putin and his officials have urged France, Germany and other Western allies to encourage Ukraine to fulfill its obligations under the 2015 agreement, which envisaged a broad autonomy for the Donbas region and a sweeping amnesty for the separatists. The agreement stipulated that only after those conditions are met would Ukraine be able to restore control of its border with Russia in rebel regions.

The Minsk deal was seen by many Ukrainians as a betrayal of national interests, and its implementation has stalled. During the latest tensions, Ukrainian authorities have warned the West against pressuring Ukraine to implement the agreement.

Last week, Oleksiy Danilov, the secretary of Ukraine’s National Security and Defense Council, told The Associated Press that an attempt by Ukraine to fulfil the Minsk deal could trigger internal unrest that would play into Moscow’s hand.

Ukraine’s Foreign Minister Dmytro Kuleba said the country has received more than 1,000 metric tons of weapons and military supplies from its allies, noting that a series of visits by Western officials has helped deter Russia.

German Foreign Minister Annalena Baerbock is set to hold talks in Kyiv and later head to the area near the line of contact in the east. The British government said Foreign Secretary Liz Truss will visit Moscow on Thursday and Defense Secretary Ben Wallace will follow meet Friday with his Russian counterparts.