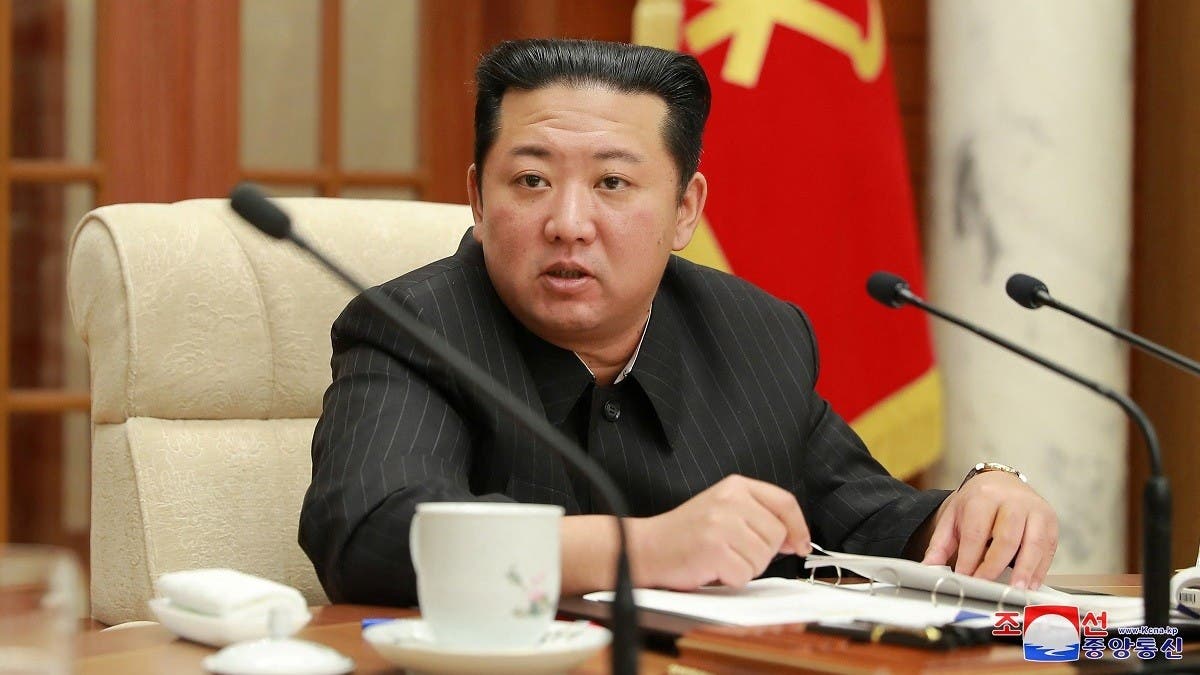 North Korean leader Kim Jong Un and his wife attended a Lunar New Year’s Day concert in Pyongyang where he received thunderous cheers from audience members and artists who praised him for heralding a “new era” of national power, state media reported.

The North’s official media has been highlighting Kim’s authoritarian leadership following a spree of missile tests in January, which some experts see as an attempt to pressure Washington over deadlocked nuclear negotiations after two years of pandemic border closures and economic decay.

The Biden administration has called for the UN Security Council to meet on Thursday to discuss North Korea’s most recent test of an intermediate-range missile potentially capable of reaching Guam, a key US military hub in the Pacific. Sunday’s test signaled a resumption of major weapons testing that Kim had suspended in 2018 while initiating diplomacy with then-US President Donald Trump.

Talks between Washington and Pyongyang have stalled since the collapse of the second Kim-Trump meeting in 2019, when the Americans rejected North Korea’s demands for a major release of crippling US-led sanctions in exchange for a partial surrender of its nuclear capabilities.

The Korean Central News Agency on Wednesday said Kim and his wife, Ri Sol Ju, were greeted with “stormy cheers” after arriving at Pyongyang’s massive Mansudae Art Theater for Tuesday’s concert. KCNA said the audience appreciated that Kim was “ushering in on this land a new world and a new era when the people’s ideals and happiness and desire for building a powerful country are comprehensively translated into reality.”

Artists performed songs and dances that demonstrated the “single-minded unity” of North Korean people and their devotion to build a socialist country “to be envied by the world,” the report said.

North Korean TV on Tuesday showed Kim galloping through a forest on a white horse – a symbol associated with his family’s dynastic rule over the country – in a new documentary praising his alleged accomplishments in 2021, including anti-virus campaigns, construction projects and weapons development.

One scene showed Kim -– noticeably slimmer than in previous months –- walking gingerly at a rainy construction site as a narrator said he showed his “motherly side by entirely devoting his body into realizing people’s dreams.”

South Korean intelligence officials told lawmakers in October that Kim has lost about 20 kilograms (44 pounds) in weight, but that he remains healthy and is trying to boost public loyalty to him as he navigates the toughest period of his rule due to economic hardships worsened by the pandemic.

The North’s accelerated weapons tests, which came amid efforts to strengthen internal unity and tighten the government’s grip over the economy, possibly reflect a sense of urgency within Pyongyang’s leadership for outside relief, analysts say.

While tentatively reopening freight train traffic with China last month, Kim is also reviving his playbook in brinkmanship to wrest concessions from the Biden administration, which has offered open-ended talks but shown no willingness to ease sanctions unless Kim takes real steps to abandon his nuclear weapons program.

Sunday’s flight test of the Hwasong-12 intermediate-range ballistic missile marked the longest-distance weapon the North has tested since 2017, when it twice flew Hwasong-12s over Japan and, separately, three intercontinental ballistic missiles that demonstrated the potential to reach deep into the American homeland.

The launch came days after Kim called a ruling party meeting where officials issued a veiled threat to end the North’s 2018 moratorium on the testing of nuclear devices and longer-range missiles, citing US hostility.

Experts say the North could halt its testing spree after the start of the Beijing Winter Olympics this week out of respect for China, its major ally and economic lifeline. But there are also expectations it could significantly up the ante in weapons demonstrations once the Olympics end later this month to grab the attention of the Biden administration, which has been focusing more on confronting China and Russia over its conflict with Ukraine.

Threat to lives, homes as out of control bushfires rage near Australia’s Perth