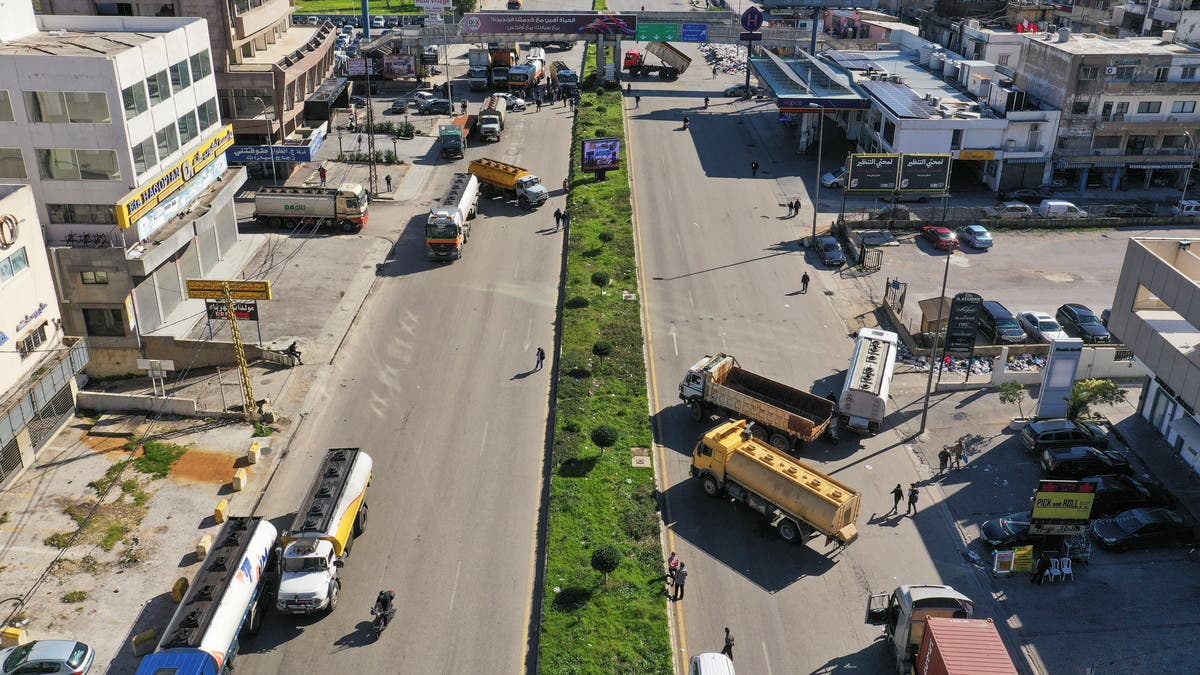 It was the second time in three weeks unions held strike action, forcing schools, universities, and many shops to close. With public transport virtually nonexistent in Lebanon, many rely on such shared taxis, buses or minivans for their daily commute and travel.

Beirut was eerily quiet as protesting drivers blocked its main highways and intersections, some with burning tires. Unions have said the strike actions will last from 5:00 a.m. until 3:00 p.m.

“There was a time when a taxi driver’s son could become a doctor, an engineer, anything prestigious,” said taxi driver Hussein Assam, 55, who was protesting near central Beirut’s once thriving Hamra Street. “Now the taxi driver can’t even feed his children.”

Lebanon’s crippling economic crisis has been described by the World Bank as one of the worst in the past century, and unions have routinely held protests and strikes since the government officially ended state subsidies in October.

A full tank of gasoline now costs more than the monthly minimum wage.

A government gridlock seemed to ease somewhat on January 24, when the Hezbollah group and its main ally ended months of boycott on the body. It now hopes to elaborate the 2022 budget and an economic recovery plan.

Back near Hamra street, taxi driver Assam was joined by two other drivers as they waited for orders to shut down traffic.

“If there’s no outcome today, there will be later,” he said, looking on the former commercial boulevard that has been reduced to penury. “The poor person who can’t eat anymore is going to burn the entire country.”

US willing to discuss troop and missile limits with Russia: Documents