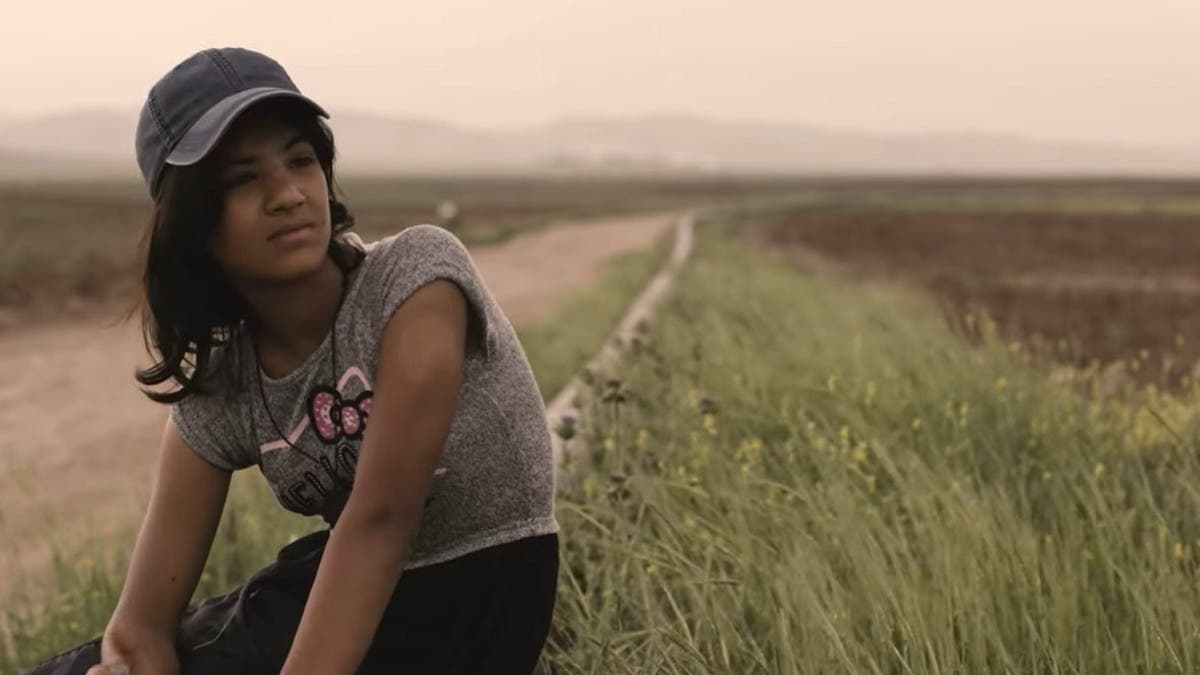 A short film on the lives of several people struggling to survive in the “war-torn” Levant region has been selected for the Big Sky Documentary film festival in the US where the film will have its North American premier.

For the latest headlines, follow our Google News channel online or via the app.
“We are honored and thrilled to have the film’s North American premiere at Big Sky Documentary film festival,” film maker Adla Massoud told Al Arabiya English. “People deciding that they can carry on after what’s happened. This film highlights moments in life when we need hope and understanding to carry on.”
The film, called ‘Wild is the Spring,’ shows snapshots into the lives of several characters from different countries, ethnic and religious backgrounds in Lebanon, Syria and Iraq.
“I picked characters from different countries and different ethnic and religious communities because I wanted to highlight the pluralistic nature of the region,” the film maker said.

One of the film characters is a Christian businessman from the Bekaa region in Lebanon where he tells the story of how he tried his best to protect his town and community from the threat of ISIS.
Another character is a Syrian refugee boy from Idlib.
“I wanted to highlight what it’s like for the youth of the region who are living in limbo and wasting away because of war,” the film maker told Al Arabiya English. “They are the future, and we should be investing in the education of the youth.”
The third character is a young Yazidi girl named Shilan who was a former child soldier.
“All she wanted to do was to go to school but ended up been forced by her abusive father to fight ISIS with the [Syrian Kurdish militia] YPG,” Massoud added.
A Yazidi beekeeper named Abdallah Schrem is the fourth character in the film. He tells the story of how he risked his life to save hundreds of Yazidi women from the hands of ISIS.

This short documentary was intended to be a part of a longer feature length film but due to COVID and lack of funding, Massoud made it into a short film.

“The stories might feel incomplete but at least the film gets the message out,” she said. 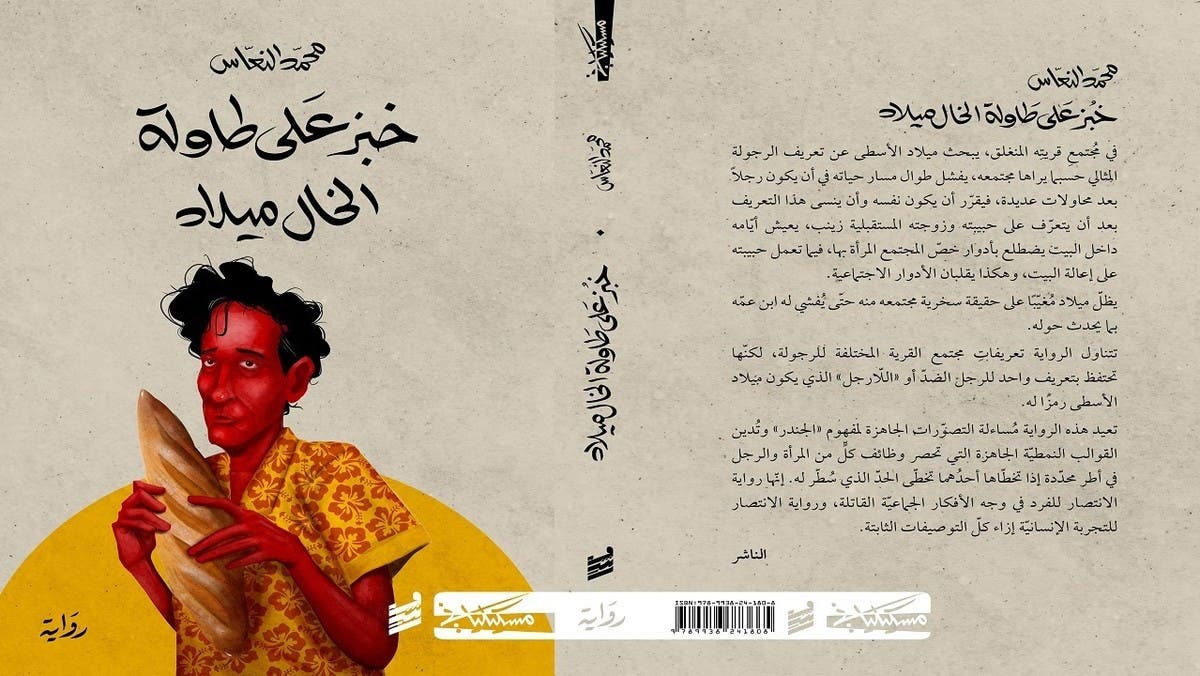 ‘Bread on Uncle Milad’s Table’ by Libyan debut novelist Mohamed Alnaas was announced on Sunday as the winner of the 2022 International Prize for Arabic Fiction (IPAF), reported Emirates News Agency (WAM).
The award is for the best work of fiction published in Arabic between July 1, 2020, and June 30, 2021.
For the latest headlines, follow our Google News channel online or via the app.

The novel, published by Rashm with support from the Libyan Arete Foundation, was named as this year’s winner by the judges chairman Shukri Mabkhout during a ceremony in Abu Dhabi that was also streamed online.
In addition to being awarded $50,000, funding will be provided for the English translation of ‘Bread on Uncle Milad’s Table,’ leading to a possiblee boost in book sales and international recognition for the writer Alnaas.
A further $50,000 prize money will be divided between five other shortlisted novelists>
The prize, is publicly funded by Abu Dhabi and was first launched in 2007. At 31, Alnaas is the youngest writer to win the prize and the first Libyan.

‘Bread on Uncle Milad’s Table’ was chosen from a shortlist of six novels by authors from Egypt, Kuwait, Libya, Morocco, Oman and, for the first time, the UAE. The shortlisted finalists Khalid Al Nassrallah, Tareq Imam, Reem Al Kamali, Bushra Khalfan and Mohsine Loukili will each receive $10,000.

‘Bread on Uncle Milad’s Table’ is a unique story based in Libya. In the closed society of his village, Milad strives to live up to the definition of ideal masculinity, as his society views it. However, after all his best efforts, he fails to be ‘a man,’ and after meeting his sweetheart and wife-to-be, Zeinab, decides to forget about this definition and be himself.
Living at home, he performs the tasks which his society reserves for women, while Zeinab works and supports the family. Milad is unaware of how he is mocked in the village until his nephew breaks it to him. ‘Bread on Uncle Milad’s Table’ questions static ideas of gender and champions the individual in the face of destructive ideas adopted by the majority.
Tunisian novelist, academic and previous IPAF winner (The Italian, 2015) Shukri Mabkhout, Chair of the 2022 Judges, said: “The winning novel is written in the form of confessions of personal experience. Its plethora of detail is deftly unified by a gripping narrative. This offers a deep and meticulous critique of prevailing concepts of masculinity and femininity and the division of work between men and women, and the effect of these on both a psychological and social level. It falls into the category of novels which question cultural norms about gender. However, it is embedded in its local Arab context and steers away from any ideological treatment of the issues, as such a treatment would be contrary to the way in which fiction can present multiple points of view.”
Professor Yasir Suleiman, Chair of the Board of Trustees, said: “‘Bread on Uncle Milad’s Table’ is the captivating story of one man, Milad, who ponders on his life as it unfolds in an outwardly fractured but seamlessly braided continuum at the subterranean level. The narrative carries the reader effortlessly through Milad’s journey, with its many twists and turns, revealing his alienation from the norms of a society that values a manly interpretation of masculinity.”
“Never affected, the language of the novel is an excellent testimony to the malleability of the high register of the Arabic language and its ability to deal with intimate matters of the body and soul with naturalness and ease. Sometimes wistful, but always lyrical, the narrative succeeds in evoking a conflicted cultural fabric that fuses time with place in a Libyan milieu that speaks to and for Arabs everywhere,” Prof. Suleiman added.

Mohamed Alnaas is a short story writer and journalist from Libya, born in 1991. He obtained a BA in Electrical Engineering from the University of Tripoli in 2014, and his short story collection ‘Blue Blood’ was published in 2020.
‘Bread on Uncle Milad’s Table’ (2021) was written in just six months during lockdown, says Alnaas, and whilst Tripoli was under bombardment.
He says writing the book was his “refuge from insanity” amidst the news of COVID-19 pandemic and war. 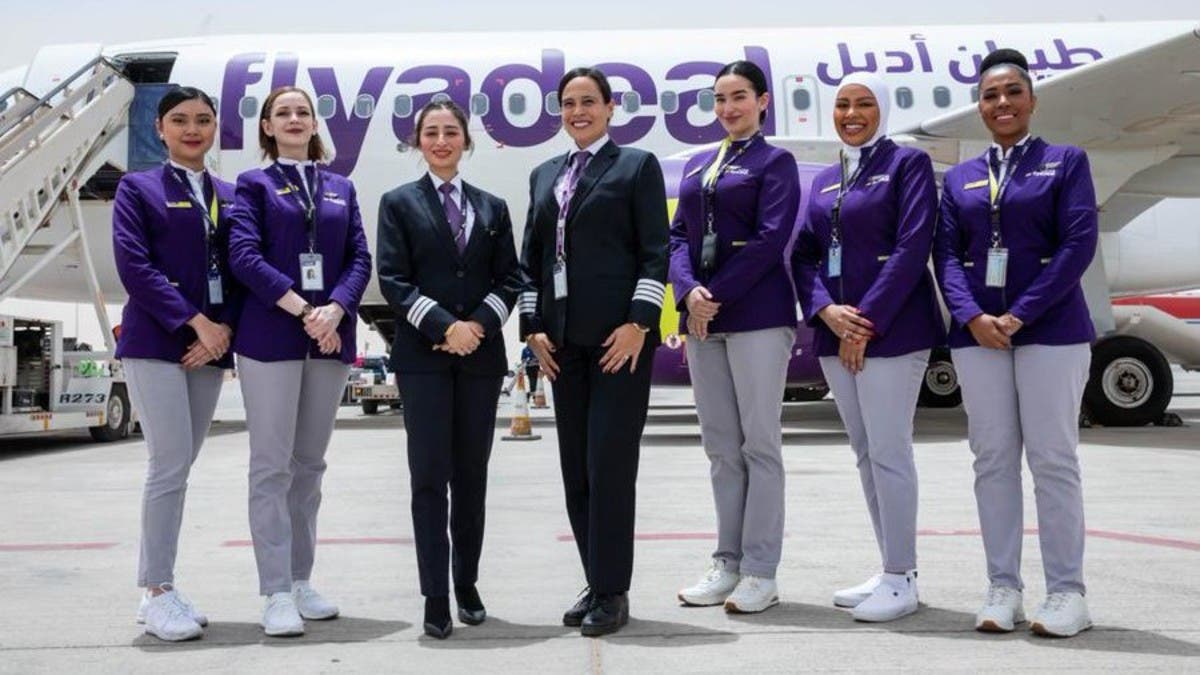 An airline in Saudi Arabia has completed the country’s first flight with an all-female crew, officials said Saturday, describing it as a milestone for women’s empowerment in the kingdom.

The flight operated by flyadeal, budget subsidiary of flag carrier Saudia, was from the capital Riyadh to the Red Sea coastal city of Jeddah on Thursday, flyadeal spokesman Emad Iskandarani said.

The “majority” of the seven-member crew were Saudi women, including the first officer, but not the captain, who was a foreign woman, Iskandarani said.

In 2019, the authority announced the first flight with a female Saudi co-pilot.

Saudi officials are trying to engineer a rapid expansion of the aviation sector that would turn the kingdom into a global travel hub.

Goals include more than tripling annual traffic to 330 million passengers by the end of the decade, drawing $100 billion in investments to the sector by 2030, establishing a new national flag carrier, constructing a new “mega airport” in Riyadh and moving up to five million tonnes of cargo each year.

Thailand to lift curbs on nightlife from June 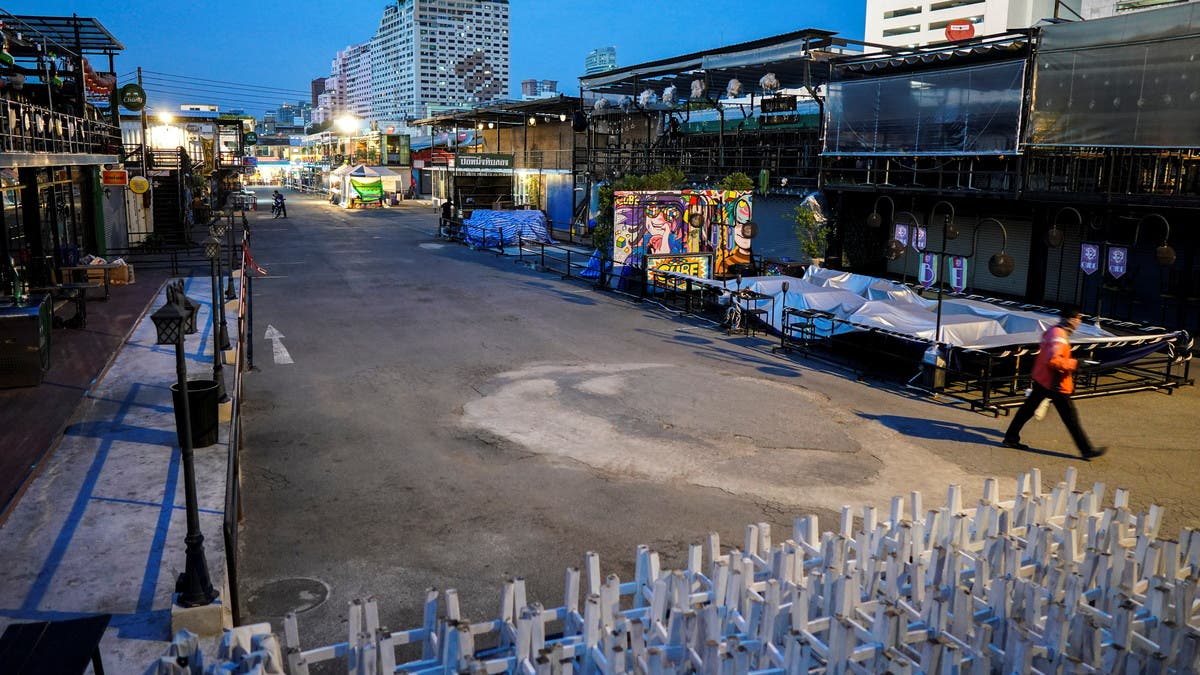 Thailand will allow night clubs and karaoke bars to resume regular hours starting in June, a senior official said on Friday, dropping most of its remaining pandemic restrictions as daily infections decline.

Thailand’s nightlife is a major attraction for tourists, but most entertainment venues have been shuttered or faced a strict curfew since the pandemic began, with some bars forced to convert to restaurants to stay in business.

The government hopes the latest easing of restrictions will help revive the Southeast Asian country’s battered tourism sector, a key growth engine that accounted for about 12 percent of the economy before the pandemic.

Thailand is targeting five to 15 million arrivals this year.

“Entertainment venues, pubs, and massage parlors and others may open until midnight after June,” said Taweesin Visanuyothin, a spokesman for the government’s COVID-19 taskforce, told a news conference.

“These businesses should take a universal prevention approach … staff must have received booster doses and take antigen tests every seven days,” Taweesin added.

Starting June 1, Thailand will also drop a requirement for unvaccinated travelers to quarantine. They will either have to take an test on arrival or show a negative COVID-19 test before departure, he said.

From January to mid-May, Thailand received 1.01 million arrivals. There were 427,000 tourists for all of last year.