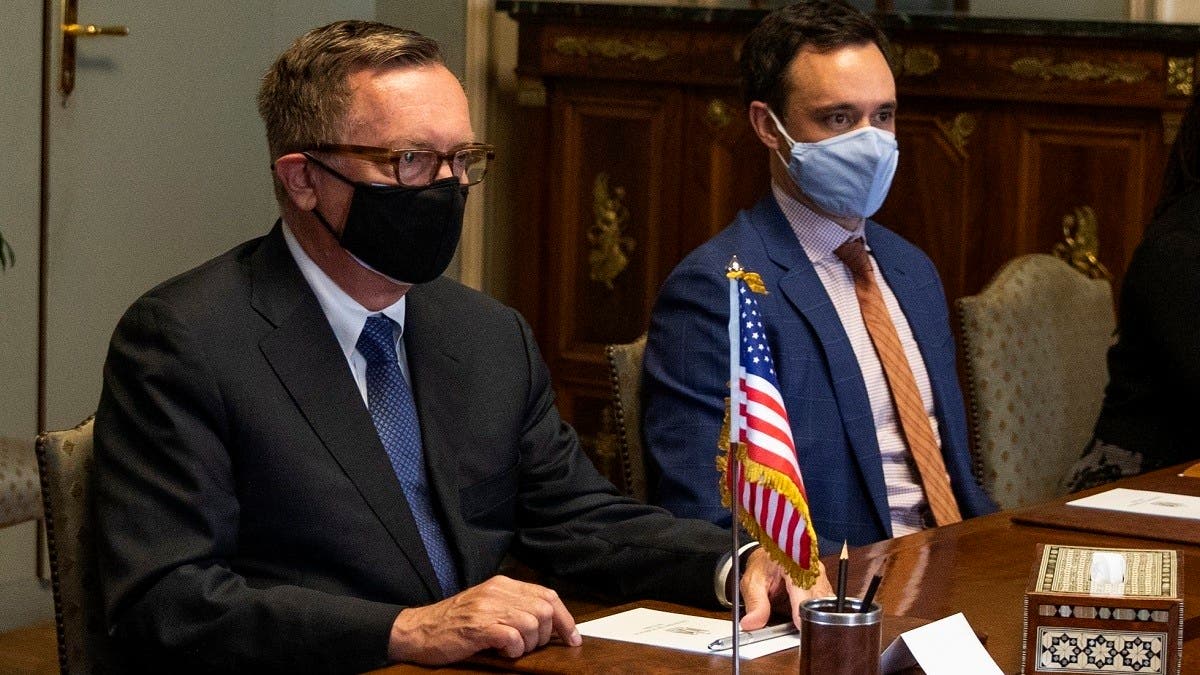 US Horn of Africa envoy Jeffrey Feltman will visit Ethiopia on Thursday for meetings with senior government officials to discuss peace talks, a senior State Department official said, in Washington’s latest push to bring an end to the conflict.

The year-long war between Ethiopia’s government and the leadership of the northern Tigray region, among Africa’s bloodiest conflicts, has killed thousands of civilians and displaced millions.

Washington has repeatedly called for an end to hostilities and a negotiated resolution to the conflict, an end to human rights abuses and violations, and for unhindered humanitarian access.

“Feltman will be in Addis on Jan. 6 for meetings with senior government officials to discuss peace talks,” the official said on Feltman’s upcoming visit to Addis Ababa.

Tigrayan forces fighting the central government last month withdrew from neighboring regions in Ethiopia’s north, a step towards a possible ceasefire after major territorial gains by the Ethiopian military.

Last week, State Department Spokesman Ned Price said the withdrawal, and the Ethiopian government stating it did not intend to pursue those forces into Tigray, offers an opportunity for parties to come to the negotiating table.

But airstrikes in Tigray have continued, reportedly killing dozens of civilians, and no aid convoys have been able to enter since mid-December, the United Nations Office for the Coordination of Humanitarian Affairs said in a Dec. 30 report.

Washington has increasingly stepped up pressure to try to bring an end to the fighting, with Feltman traveling to the region several times in a diplomatic push.

The United States on Saturday cut Ethiopia from access to a duty-free trade program, following through on President Joe Biden’s threat in November to do so over alleged human rights violations in the Tigray region.

In November, the United States imposed sanctions on the Eritrean military and other Eritrea-based individuals and entities, as Washington warned it was prepared to take action against other parties to the conflict.

Drone attack on US forces foiled west of Iraq’s Baghdad

Around a million Tibetan children have been separated from their families and put through “forced assimilation” at Chinese residential schools, three United Nations experts said on Monday.

The special rapporteurs voiced their alarm at Chinese government policies aimed at assimilating Tibetan people culturally, religiously, and linguistically through the schools system, raising concerns about a reported increase in the number of such schools.

For the latest headlines, follow our Google News channel online or via the app.
“We are very disturbed that in recent years the residential school system for Tibetan children appears to act as a mandatory large-scale program intended to assimilate Tibetans into majority Han culture, contrary to international human rights standards,” the experts said in a joint statement.

The special rapporteurs on minority issues, education, and cultural rights said that in these schools, the educational content is built around Han culture, with Tibetans denied access to “traditional or culturally relevant learning.”

“Tibetan children are losing their facility with their native language and the ability to communicate easily with their parents and grandparents in the Tibetan language, which contributes to their assimilation and erosion of their identity,” the experts said.

UN special rapporteurs are unpaid independent experts mandated by the UN Human Rights Council. They do not speak on behalf of the United Nations.

The experts said their information pointed to the “vast majority” of Tibetan children being put through residential schools.

“We are alarmed by what appears to be a policy of forced assimilation of the Tibetan identity into the dominant Han-Chinese ma-jority, through a series of oppressive actions against Tibetan educational, religious and linguistic institutions,” they said.

In the interest of building a socialist state based on a single Chinese identity, “initiatives to promote Tibetan language and culture are reportedly being suppressed, and individuals advocating for Tibetan language and education are persecuted,” the special rap-porteurs said.

Tibet has alternated over the centuries between independence and control by China, which says it “peacefully liberated” the rugged plateau in 1951 and brought infrastructure and education to the previously underdeveloped region.

But many exiled Tibetans accuse China’s ruling Communist Party of repression, torture, and eroding their culture.

Switzerland is close to breaking with centuries of tradition as a neutral state, as a pro-Ukraine shift in the public and political mood puts pressure on the government to end a ban on exports of Swiss weapons to war zones.

Buyers of Swiss arms are legally prevented from re-exporting them without Swiss permission, a restriction that some representing the country’s large weapons industry say is now hurting trade.

Calls from Switzerland’s European neighbors to allow such transfers to Kyiv have meanwhile grown louder as Russia’s assault intensifies, and parliament’s two security committees recommended that the rules be eased accordingly.

Lawmakers are divided on the issue.

“We want to be neutral, but we are part of the western world,” said Thierry Burkart, leader of the center-right FDP party, who has submitted a motion to the government to allow arms re-exports to countries with similar democratic values to Switzerland.

Under Swiss neutrality, which dates back to 1815 and is enshrined by treaty in 1907, Switzerland will not send weapons directly or indirectly to combatants in a war. It operates a separate embargo on arms sales to Ukraine and Russia.

Third countries can in theory apply to Bern to re-export Swiss weapons they have in their stocks, but permission is almost always denied.

“We shouldn’t have the veto to stop others helping Ukraine. If we do that, we support Russia which is not a neutral position,” Burkart told Reuters.

“Other countries want to support Ukraine and do something for the security and stability of Europe… They cannot understand why Switzerland has to say no.”

“If we had asked this question before the war…, the response would have probably been less than 25 percent.

Talking about changing neutrality was a taboo in the past,” Lukas Golder, co-director of pollsters GFS-Bern, told Reuters.

The government – under pressure from abroad after rejecting German and Danish requests for permission to re-export Swiss armored vehicles and ammunition for anti-aircraft tanks – said it would not prejudge parliamentary discussions.

Bern “adheres to the existing legal framework.. and will deal with the proposals in due course,” said a spokesman for the Department of Economic Affairs, which oversees arms-related trade issues.

Burkart said he had received positive signals on a law change from other parties in the fragmented legislature.

The left-leaning Social Democrats say they are in favor of changes, as are the Green Liberals, although the Greens remain opposed.

“Allowing arms shipments to a country involved in an armed conflict is … destroying the basis of peace and prosperity in our country,” said SVP lawmaker David Zuberbueler.

SVP member Werner Salzmann, who sits in the upper parliamentary house, disagrees, raising concerns in the Aargauer Zeitung daily about collateral damage to a Swiss defense industry that also backs the campaign for a law change.

The sector, which includes multinationals Lockheed Martin and Rheinmetall, sold 800 million Swiss francs’ ($876 million) worth of armaments abroad in 2021 according to government data, putting it in the global top 15 of exporter nations.

Having a strong arms industry has gone hand in hand with the tradition of neutrality, but the balance of this duality may now be under threat, industry association SwissMem said.

“Some of our members have lost contracts or are no longer investing in Switzerland because of the current restrictions,” said SwissMem director Stefan Brupbacher.

“Our current situation weakens our security policy…, hampers the credibility of our foreign policy and damages our companies,” he said. “It’s time to change.”