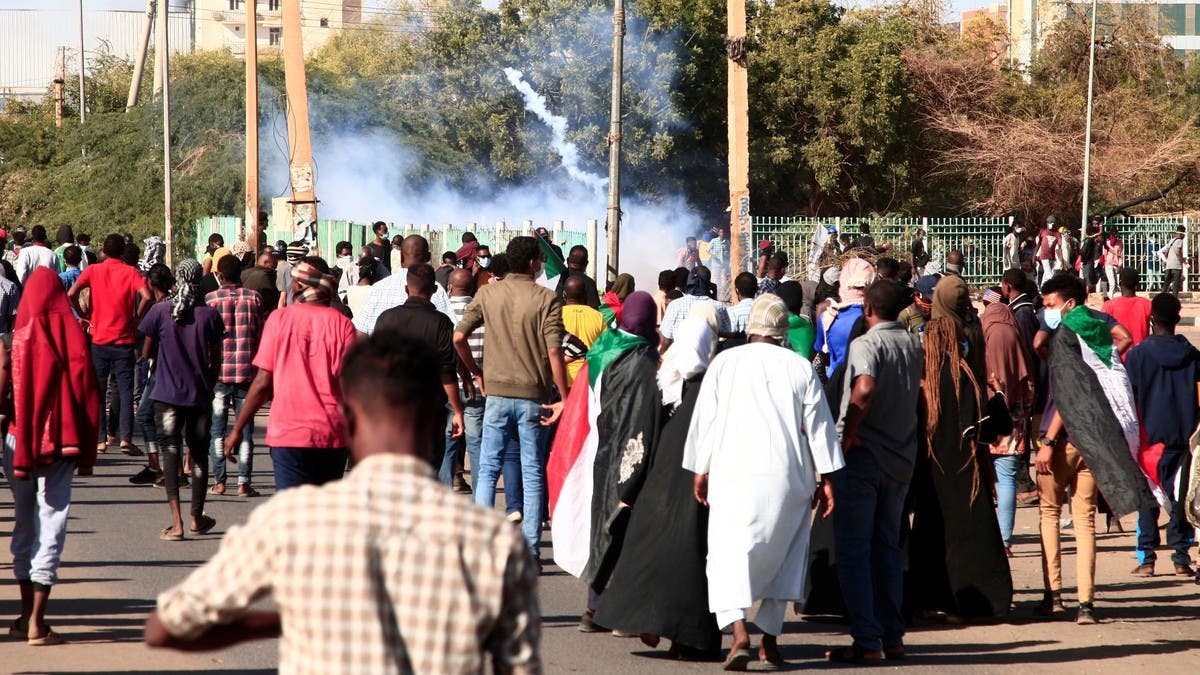 The demonstrations, the 13th round of protests since a military coup on Oct. 25, were called by a local “resistance committee” in Khartoum's twin city of Omdurman in response to the killing of several protesters there on Thursday and Sunday.

They come two days after the resignation of Prime Minister Abdalla Hamdok, who had served from 2019 until the coup and was reinstated on Nov. 21 in an agreement with the military widely rejected by protesters.

Some 57 people have been killed in protests against military rule since October, according to medics.

In recent weeks, protesters have aimed for the presidential palace in Khartoum, with crowds from Omdurman and Bahri, across the Nile from Khartoum, attempting to cross bridges.

In response, the military on Tuesday blocked several bridges and main roads. Resistance committees organizing the protests directed them away from bridges.

In Khartoum, a Reuters witness saw security forces, some armed with sticks and guns, fighting running battles with scattered protesters in an area of open ground as they approached the palace. They fired rounds of tear gas and stun grenades, some of which protesters tried to throw back.

Protesters in Omdurman said they faced heavy tear gas at two focal points for the rallies, and that security forces chased protesters on vehicles and on foot past sunset. One protester, who asked to remain anonymous due to ongoing arrests, said he saw a home set on fire after a tear gas canister landed on it.

Images shared on social media also showed protests in the cities of Port Sudan, El Obeid and Nyala. Internet and phone connections were not cut, as they have been on other protest days. Another protest is set for Thursday.

In his resignation speech, Hamdok said he had tried and failed to bring disparate forces together to agree on a path forward for the transition that began with the toppling of Omar al-Bashir in April 2019.

In a statement on Wednesday, military leader General Abdel Fattah al-Burhan said the door was open to all political forces and revolutionary youth to come to an agreement on completing the transition.