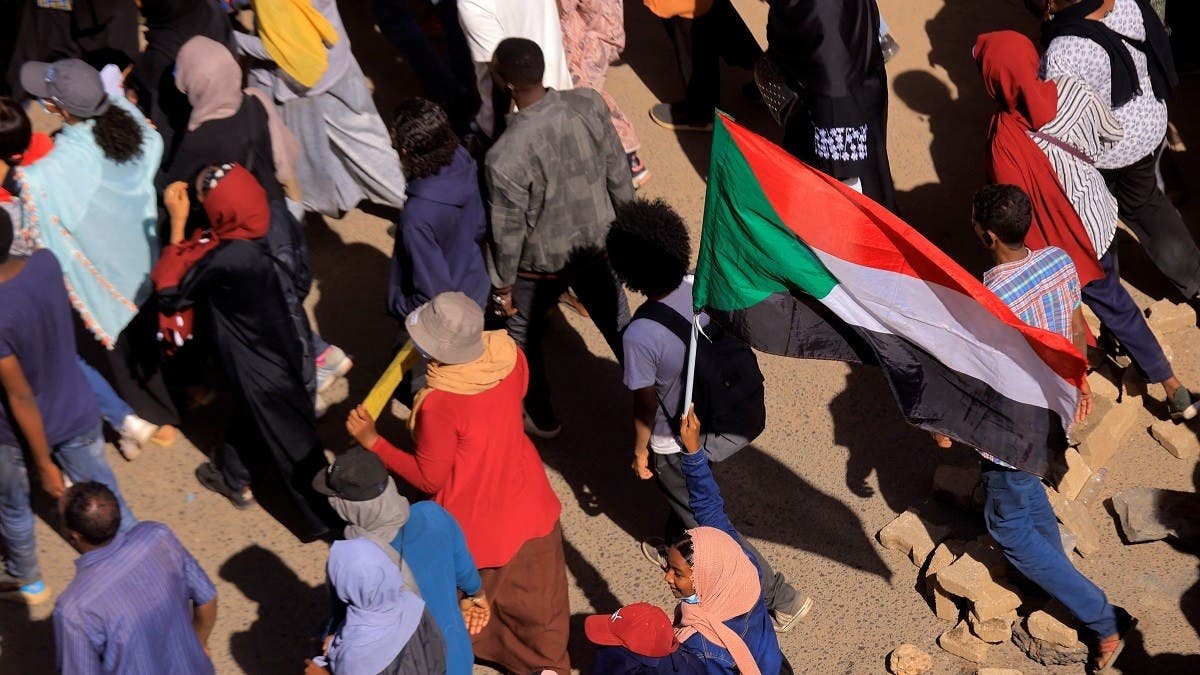 Security forces fired tear gas at anti-military protesters in Sudan’s capital Khartoum, televised images showed, as demonstrators marched towards the presidential palace in the 12th round of major protests since a coup on Oct. 25.
Internet and mobile services appeared to be disrupted in Sudan’s capital Khartoum on Sunday ahead of planned protests against military rule, Reuters witnesses said.

For the latest headlines, follow our Google News channel online or via the app.
All bridges directly connecting to Khartoum were also closed, one Reuters witness said.
Sunday’s protests come after six people died and hundreds were injured in nationwide demonstrations against military rule on Thursday.

The death toll since the security forces’ crackdown began in October is now 54, the Central Committee of Sudanese Doctors said.
The military took power in an Oct. 25 coup that ended a power-sharing deal with civilian political forces. That deal, agreed in 2019, was supposed to pave the way for a transitional government and eventually elections following the overthrow of long-time leader Omar al-Bashir.
Protests against military rule have continued even after Abdallah Hamdok was reinstated as prime minister last month.
The demonstrators have demanded the military play no role in government during a transition to free elections.
Some people managed to post images on social media showing protests in several other cities, including Ad-Damazin and Port Sudan.
Al Hadath TV quoted an adviser to military leader Abdel Fattah Al-Burhan as saying the military would not allow anyone to pull the country into chaos and that continued protests were a “physical, psychological, and mental drain on the country” and “would not achieve a political solution.”
On recent occasions when communications have been disrupted, sources at telecoms companies have told Reuters that authorities demanded providers cut their services. Officials could not immediately be reached for comment on Sunday.
In a televised speech on Friday, Burhan said disputes over power and the loss of lives meant everyone “should use the voice of reason.
“The only way to rule is by popular mandate through elections,” Burhan said.
Sudan’s Sovereign Council, which Burhan leads, on Friday denounced the violence that accompanied Thursday’s protests, adding it had ordered authorities to take all legal and military measures to avoid a recurrence and “nobody will go unpunished.”
Last week, the council reinstated powers of arrest and detention to the intelligence service.

UN calls for probe into rape allegations in Sudan protests

China’s standing in the Asia-Pacific has been damaged by its de-cision to stick with COVID-19 Zero for most of 2022, leaving the US to cement its position as the most influential power in the re-gion, according to an Australian research group.

The Sydney-based Lowy Institute’s Asia Power Index for 2023 shows that China registered the greatest decline out of the 26 na-tions and territories in the report, while strong economic links and defense ties solidified the US as the leading power in the Asia-Pacific.

The index measures power based on 133 indicators across eight core themes, assessing how much sway is held diplomatically, economically and militarily. Overall, the US was placed first, fol-lowed by China, Japan, India, and Russia.

Susannah Patton, project lead for the Asia Power Index at Lowy, said China’s score had dipped across almost every indicator, as the country’s connections with the rest of Asia declined “sharply during COVID-19 Zero.”
“We’ve heard about the economic impact of China’s border closures but this really shows us for the first time I think the strate-gic impact of the border closures,” she said.

China’s rankings on cultural influence and economic capability fell the most, due to Beijing shutting off its citizens and businesses from the world for much of the year. One area where it did see improvement was in its military capability, closing the gap with the US from 27 points in 2018 to 23 points in 2022. The report notes its extensive military drills around Taiwan.

Patton said almost all countries had seen a dip in their rankings in 2022, driven partly by the aftershocks of the COVID-19 pandemic, with only Australia and Indonesia bucking the trend in the top 10 powers in the Asia Pacific.

While the US ranking declined slightly overall, Patton said it had kept its top position thanks to the Biden administration’s diplomat-ic posture and the relatively strong American economy.

On the outlook for the year ahead, Patton said China’s rapid re-opening and diplomatic outreach to countries such as Australia could shape the next set of rankings, while the US will need to work to solidify its alliances with the Philippines and South Korea.

“China is going to be a much more formidable competitor to the United States over the next year,” she said.