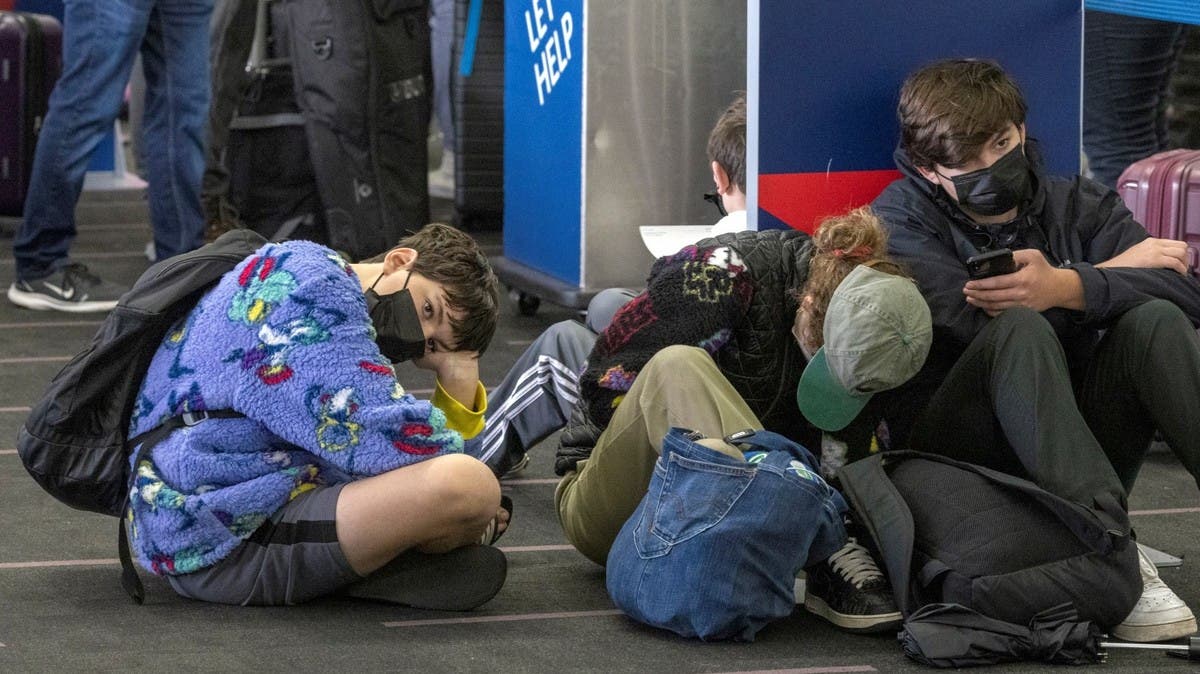 For air travelers, the new year picked up where the old one left off – with lots of frustration.

By late morning Saturday on the East Coast, more than 2,400 US flights and nearly 4,200 worldwide had been canceled, according to tracking service FlightAware.

That is the highest single-day toll yet since just before Christmas, when airlines began blaming staffing shortages on increasing COVID-19 infections among crews. More than 12,000 US flights have been canceled since Dec. 24.

Saturday’s disruptions weren’t just due to the virus, however. Wintry weather made Chicago the worst place in the country for travelers, with 800 flights scrubbed at O’Hare Airport and more than 250 at Midway Airport. Forecasts called for nine inches of snow. Denver, Detroit and Newark, New Jersey, were hit with at least 100 cancellations each.

Southwest Airlines, which has major operations at Chicago Midway and Denver, canceled more than 450 flights nationwide, or 13 percent of its schedule, by midmorning. American, Delta, United and JetBlue scrubbed more than 100 flights apiece.

SkyWest, a regional carrier that operates flights under the names American Eagle, Delta Connection and United Express, grounded more than 400 flights, or 21 percent of its schedule.

Among international carriers, China Eastern scrubbed more than 500 flights, or about one-fourth of its total, and Air China canceled more than 200 flights, one-fifth of its schedule, according to FlightAware.

Airlines say they are taking steps to reduce cancellations. United is offering to pay pilots triple or more of their usual wages for picking up open flights through mid-January. Southwest and others have also raised premium pay for some workers.

When winter weather hit the Pacific Northwest earlier this week, Alaska Airlines urged customers to delay any “non-essential” trips that were planned through this weekend. With full flights over the New Year's holiday, the airline said it wasn't sure it could rebook stranded passengers for at least three days.

Travelers who stuck to the roads instead of the skies faced challenges, too. Transportation officials in the Midwest warned motorists that a mix of rain and snow could make roads slippery and reduce visibility, leading to hazardous driving conditions.

More than 100 Japan flights canceled due to heavy snow

US and Russia face deep differences ahead of Ukraine talks