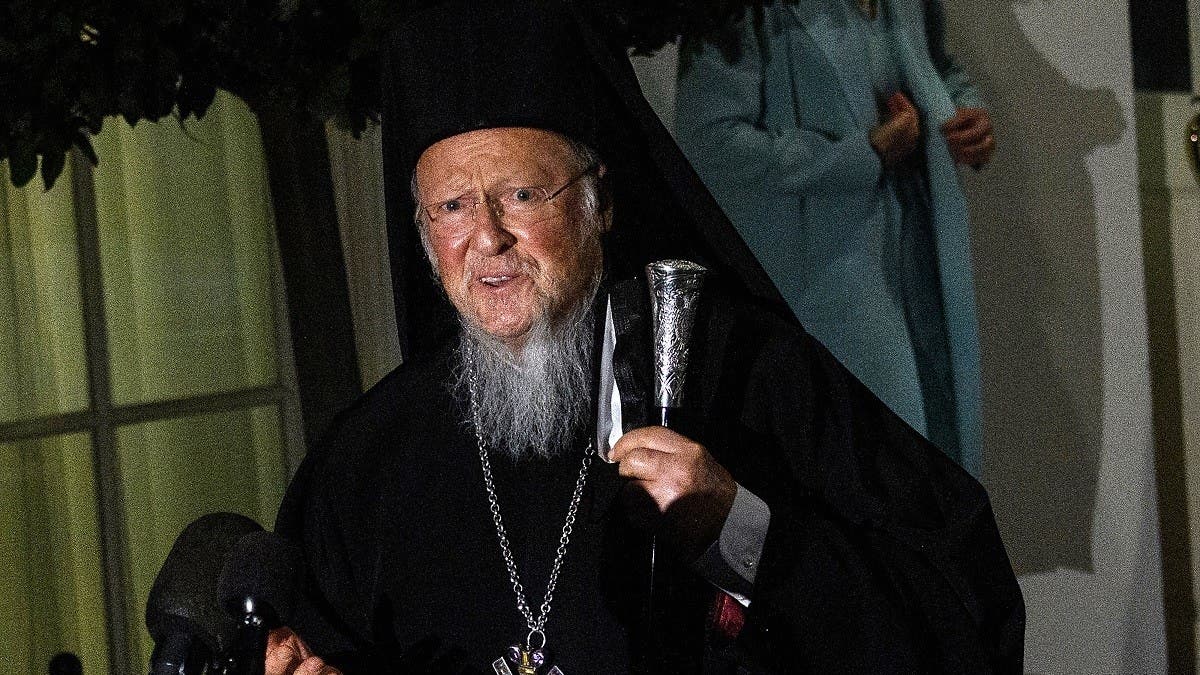 The spiritual leader of the world’s 250 million Orthodox Christians was in “good” condition after testing positive for the coronavirus, his office said Friday.

Eighty-one-year-old Patriarch Bartholomew I has been battling ill health in the past few months.

The Istanbul-based patriarch underwent a heart stent operation in New York in November, and was hospitalized for a night after flying to meet US President Joe Biden in Washington in October.

The patriarch tested positive for the coronavirus during a routine checkup in Istanbul, his office said.

“His All-Holiness, who is fully vaccinated, is currently showing mild symptoms, but his general condition is good,” it said in a statement on Facebook.

Elected in 1991, Bartholomew has been outspoken on the environment and has cultivated closer relations both with Islam and Roman Catholicism.

In 2013, he attended the investiture of Pope Francis, the first patriarch to do so since the 1054 schism between Byzantium and Rome.

US to lift travel curbs on eight southern African countries 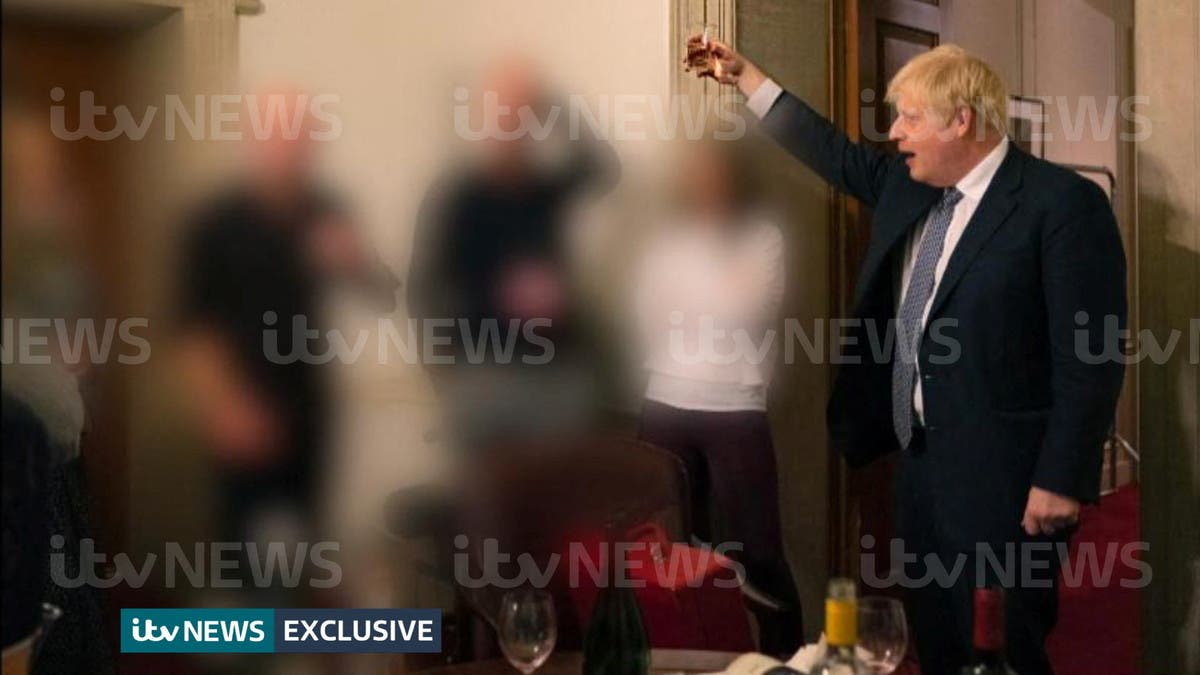 A scuffle broke out, one attendee was sick and excessive amounts of alcohol were consumed when workers at Downing Street held an event in June 2020, a report into COVID-19 lockdown breaches at the heart of government said on Wednesday.
The incidents happened at a leaving party on June 18, 2020, that began in the Cabinet Office with the last member of staff leaving at 3:13 a.m. the following morning.
At the event, the government’s former head of ethics, Helen MacNamara, attended for part of the evening and provided a karaoke machine.
For more coronavirus news, visit our dedicated page.
“The event lasted for a number of hours. There was excessive alcohol consumption by some individuals. One individual was sick. There was a minor altercation between two other individuals,” the report, compiled by senior civil servant Sue Gray said.
At the time, the rules stated large gatherings were banned to help reduce the spread of coronavirus infections.
At another party with around 45 attendees on the eve of Prince Philip’s funeral, the prime minister’s son’s swing in the garden was broken and the last staff member left Downing Street at 4:20 a.m.
Some drunken staff were encouraged to leave by the rear exit of No. 10, but others “remained in the building and carried on drinking alcohol until the early hours,” the report said.
Gray said during the course of her investigation she was made aware of "multiple examples" of “unacceptable” behavior toward Downing Street security and cleaning staff.
“I found that some staff had witnessed or been subjected to behaviors at work which they had felt concerned about but at times felt unable to raise properly,” the report said.
“I was made aware of multiple examples of a lack of respect and poor treatment of security and cleaning staff. This was unacceptable.”
Read more: 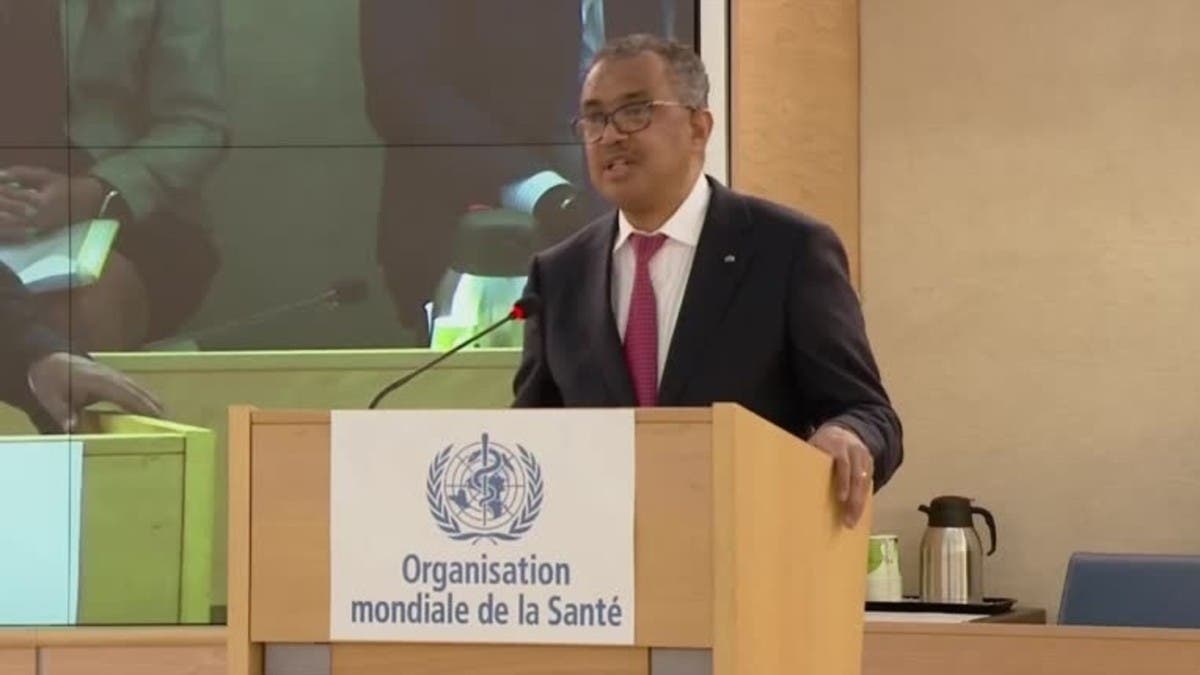 WHO Director-General Tedros Adhanom Ghebreyesus was reappointed to a second five-year term on Tuesday by the UN health agency’s member countries.

No other candidate challenged Tedros for the post amid the ongoing difficulties of responding to the devastating coronavirus pandemic.

“I am really grateful, I am very humbled for your confidence and trust,” Tedros said.

Tedros, a former government minister from Ethiopia, has directed WHO throughout its management of the global response to COVID-19 and withstood occasionally withering criticism over its multiple missteps.

He is the first African to lead the agency and the only director-general not qualified as a medical doctor.

He is also the first WHO leader not to be supported by their home country; Ethiopia has previously accused Tedros of “misconduct” after his sharp criticism of the war and humanitarian crisis there and raised concerns about his leadership on Tuesday.

Under Tedros, the UN health agency failed to call out countries including China for blunders that WHO officials grumbled about privately, advised against mask-wearing for months, and said initially that the coronavirus wasn’t likely to mutate rapidly.

Scientists drafted by WHO to investigate the coronavirus’ origins in China said the critical probe was “stalled” last year, after issuing a report that even Tedros acknowledged had prematurely ruled out the possibility of a laboratory leak.

Tedros has frequently railed against rich countries for hoarding the world’s limited supply of vaccines and insisted that pharmaceuticals aren’t doing enough to make their medicines available to the poor.

Amid the near-universal focus on Ukraine after the Russian invasion, Tedros slammed the global community for not doing enough to solve crises elsewhere, including Yemen, Syria and Afghanistan, arguing that it was possibly because those suffering weren’t white.

Still, critics say Tedros has failed on some fundamental issues, like holding staff accountable after allegations that dozens of outbreak workers managed by WHO sexually abused young women in Congo during an Ebola outbreak that began in 2018, in one of the biggest sex scandals in UN history.

None of the senior WHO managers alerted to the abuse allegations and who did little to stop the exploitation, have been fired.

In January, The Associated Press reported that staffers in WHO’s Western Pacific office filed an internal complaint accusing regional director Dr. Takeshi Kasai of abusive, racist and other misconduct, undermining efforts to stem the spread of COVID-19. In response, Tedros said an investigation into the allegations had been launched and promised to act “with urgency.”

But last week, several WHO staffers wrote to the agency’s Executive Board complaining that Kasai “has been able to continue his unethical, abusive and racist conduct without any form of restriction.” In an email to staff, Kasai disputed the charges. 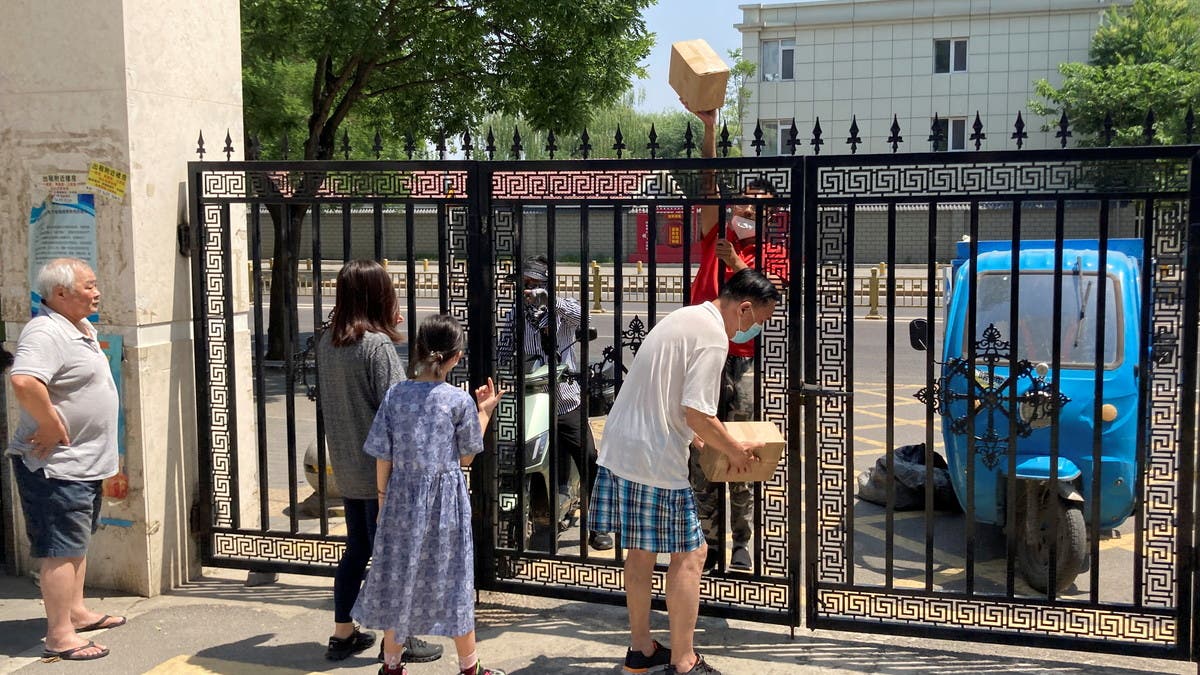 Beijing stepped up quarantine efforts to end its month-old COVID outbreak as fresh signs of frustration emerged in Shanghai, where some bemoaned unfair curbs with the city of 25 million preparing to lift a prolonged lockdown in just over a week.

Even as China’s drastic attempts to eradicate COVID entirely – its “zero-COVID” approach – bite into prospects for the world’s second-biggest economy, new reported infection numbers remain well below levels seen in many Western cities.

The capital reported 48 new cases for Monday among its population of 22 million, with Shanghai reporting fewer than 500.

The situation in Beijing was manageable, but containment efforts cannot ease, she said, according to Xinhua.

In one example of the stringency of Beijing’s approach, around 1,800 people in one city neighborhood were relocated to Zhangjiakou city in the nearby Hebei province for quarantine, the state-backed Beijing Daily reported.

Still in place are instructions for residents in six of the capital’s 16 districts to work from home, while a further three districts encouraged people to follow such measures, with each district responsible for implementing its own guidelines.

Beijing had already reduced public transport, requesting some shopping malls and other venues to close and sealing buildings where new cases were detected.

In Shanghai, authorities plan to keep most restrictions in place this month, before a more complete lifting of the two-month-old lockdown from June 1. Even then, public venues will have to cap people flows at 75 percent of capacity.

With Shanghai officially declared to be a zero-COVID city, some authorities allowed more people to leave their homes for brief periods over the past week, and more supermarkets and pharmacies were authorized to reopen and provide deliveries.

But other lower-level officials separately tightened restrictions in some neighborhoods, ordering residents back indoors to cement progress achieved so far during the city’s final lap towards exiting the lockdown.

That has led to frustration and complaints of uneven treatment among some residents.

While the zero-COVID status describes the entire city, and residents in some compounds have been allowed to move in and out of their homes freely, others have been told they can only go out for a few hours, and many of those stuck indoors were told nothing.

Videos circulating on social media this week showed residents arguing with officials to be let out of their residential compounds.

The Shanghai government did not immediately respond to a request to comment.

One resident told Reuters people in his compound decided on the WeChat social media platform to go out in groups.

“Let’s strike at our gate tonight to demand that we be allowed to go out like many of other compounds in the neighborhood,” he quoted one of his neighbors as saying in the group chat.

A video he shared then showed a group of people arguing at the entrance of the compound with a man who described himself as a sub-district official, who asked the residents to go back inside and discuss the situation.

“Don’t bother with him,” one person said as some people were socializing outside the compound.

People in at least two other compounds were planning to try going outside despite not being told they were allowed to do so, residents said.

At a time when most other countries are moving to models of living with the virus, China’s COVID measures are inflicting damage on its economy, as well as disrupting global supply chains.

Many analysts expect the economy to shrink in the second quarter, even if the overall COVID situation across China and economic activity has improved this month when compared with April.

To support the economy, China will broaden tax credit rebates, postpone social security payments by small firms and loan repayments and roll out new investment projects among other steps, state television quoted the cabinet as saying.

In one positive signal for Shanghai, electric vehicle giant Tesla plans to reach on Tuesday production levels similar to those before the lockdown at its plant in the city, according to an internal memo seen by Reuters.

Nomura analysts estimate 26 Chinese cities were implementing full or partial lockdowns or other COVID measures as of May 23, accounting for 208 million people and 20.5 percent of China’s economic output. That would be down from 271 million the week before and 27 percent of output.

“But to us, this is merely a respite instead of a turning point,” the analysts wrote in a note. They said passing a turning point would depend exclusively on an exit from the zero-COVID strategy, and not so much on daily case numbers and monthly activity data.