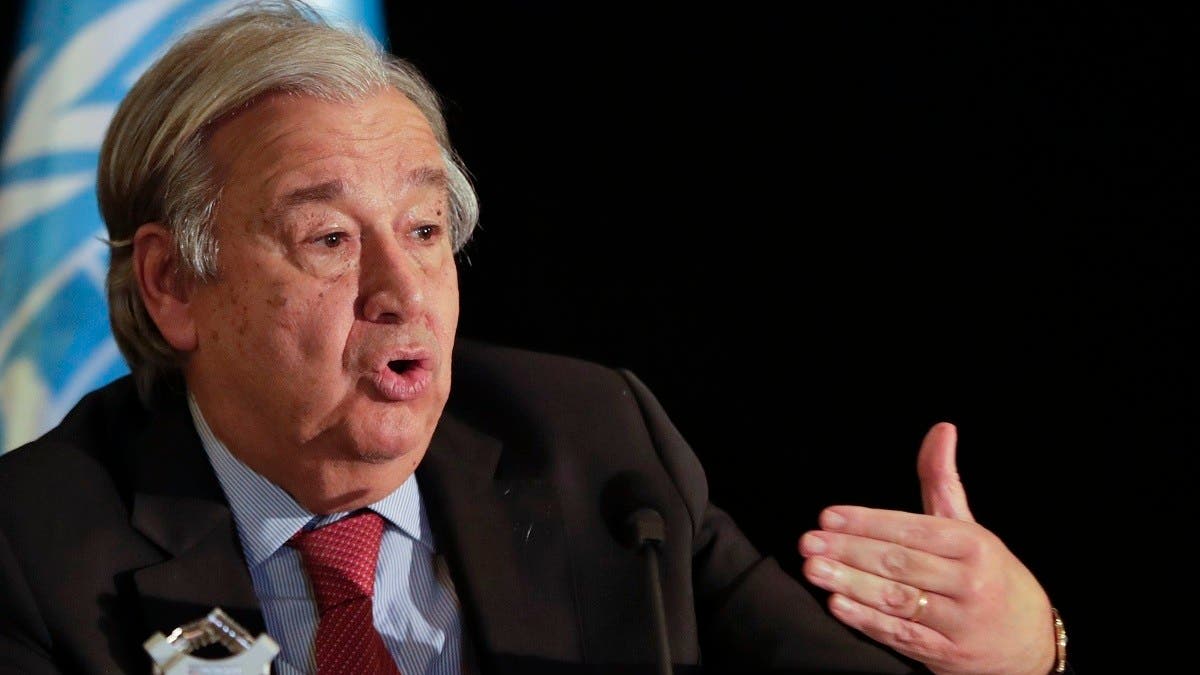 The UN chief warned Tuesday that the international community is unlikely to come forth with much-needed support for Lebanon amid its persistent government paralysis and as the country struggles through a “very dramatic” crisis.

Antonio Guterres’ remarks came at the end of his three-day visit during which he repeatedly urged Lebanon’s political leadership to work together to resolve the economic and financial crisis. He also met with members of civil society groups and the UN peacekeeping force in southern Lebanon.

The crisis has pushed more than three quarters of Lebanon’s population of 6 million into poverty; the national currency is in perpetual collapse while the Lebanese blame the political leadership for years of corruption and mismanagement.

Guterres said several initiatives were in the works to help Lebanon deal with the crisis, including holding an international conference, but that the government’s paralysis bodes ill for international support.

“The international community will probably… not be responding as we need to respond if they see the country paralyzed and if they do not see a number of clear reforms in relation to the economic, social and the political life of the country, guaranteeing that the Lebanese institutions are putting the country on the right track,” Guterres told reporters.

Lebanon’s Cabinet has not met since mid-October amid a disagreement over the course of a domestic probe into the massive August 2020 explosion in Beirut’s port that killed over 200 and injured thousands. Powerful political groups accuse the judge leading the investigation of bias and demand he be removed.

Prime Minister Najib Mikati insists the probe is in the hands of the judiciary and refuses to interfere. Mikati himself came to office after a deadlock that lasted over a year as politicians haggled over the distribution of power within the Cabinet.

Lebanon’s political system is based on a delicately balanced sectarian power-sharing agreement that often holds decision-making hostage to backroom deals. The current paralysis has also impacted negotiations with the International Monetary Fund for a much-needed recovery plan.

The international community has declined to offer help until Lebanon’s government implements major reforms. Humanitarian aid has been dispersed to deal with worsening living conditions while the government struggles with empty coffers, dwindling foreign reserves and revenues, and an increasingly desperate population.

Guterres called for an independent and impartial investigation into the port explosion, saying the people “deserve answers.” Three UN staffers lost family members in the blast, including two children.

Asked if he would call for an international probe, Guterres said that if an impartial and fully independent Lebanese investigation cannot be guaranteed, then “I believe it would be important for the international community to act.”

Lebanon’s government has previously dismissed an international probe, calling it a waste of resources and time.