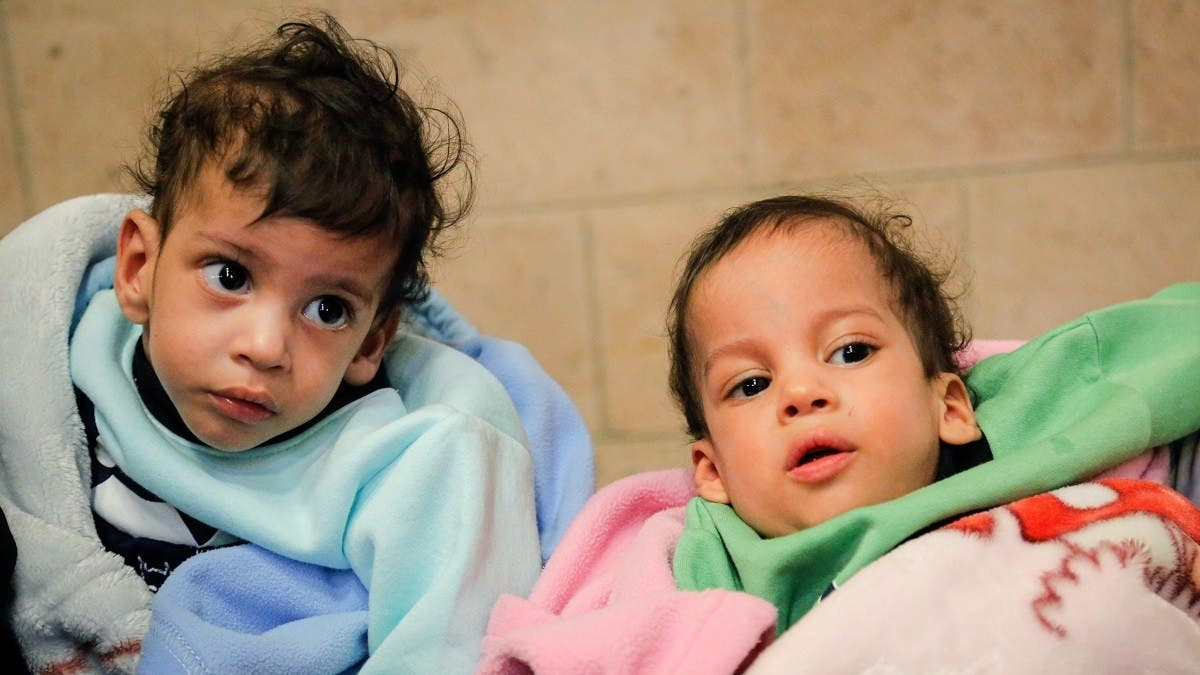 Conjoined twin boys from war-torn Yemen who were successfully separated in surgery in Jordan returned to the capital Sanaa this month, the UN children’s agency said on Monday.

Ahmed and Mohammed were born on December 16 last year, joined at the chest and abdomen, in Sanaa, the country’s Houthi-held capital, UNICEF said.

They were transported to Jordan after urgent calls for their medical evacuation and surgery.

The twins were separated in July at Amman’s Specialty Hospital in a nearly eight-hour operation involving 25 surgeons and technical advisers. The twins were seven months old at the time.

Their father, Yasser Albukhaity, was all smiles upon returning to Sanaa on a United Nations medical flight.

“I can’t express my feelings,” he said, according to the statement, while the agency released pictures of the flight dated December 2.

“There was a feeling of fear at the beginning, but we had great faith in Allah and in the medical team. Thank God the surgery was a big success.

“I wish for them to be educated like other children, to finish their higher studies, and to be of great benefit for their country in the future.”

Yemen has been torn by war since 2014. The conflict, which the UN calls the world’s worst humanitarian crisis, has devastated health services in the country.

A UN Development Program report last month said the war will have claimed 377,000 lives by the end of the year through both direct and indirect impacts.

More than 80 percent of the population of around 30 million require humanitarian assistance.

“This is a welcome happy ending story of one family, but millions of children in Yemen continue to suffer in silence,” said Philippe Duamelle, UNICEF’s Yemen representative, in a statement.

“In Yemen, today more than ever, children need our support to realize their fundamental rights to health, nutrition, education, protection, as well as water, sanitation and hygiene.”

Hunger on the rise in the Arab world, 69 mln suffered from malnutrition in 2020: UN