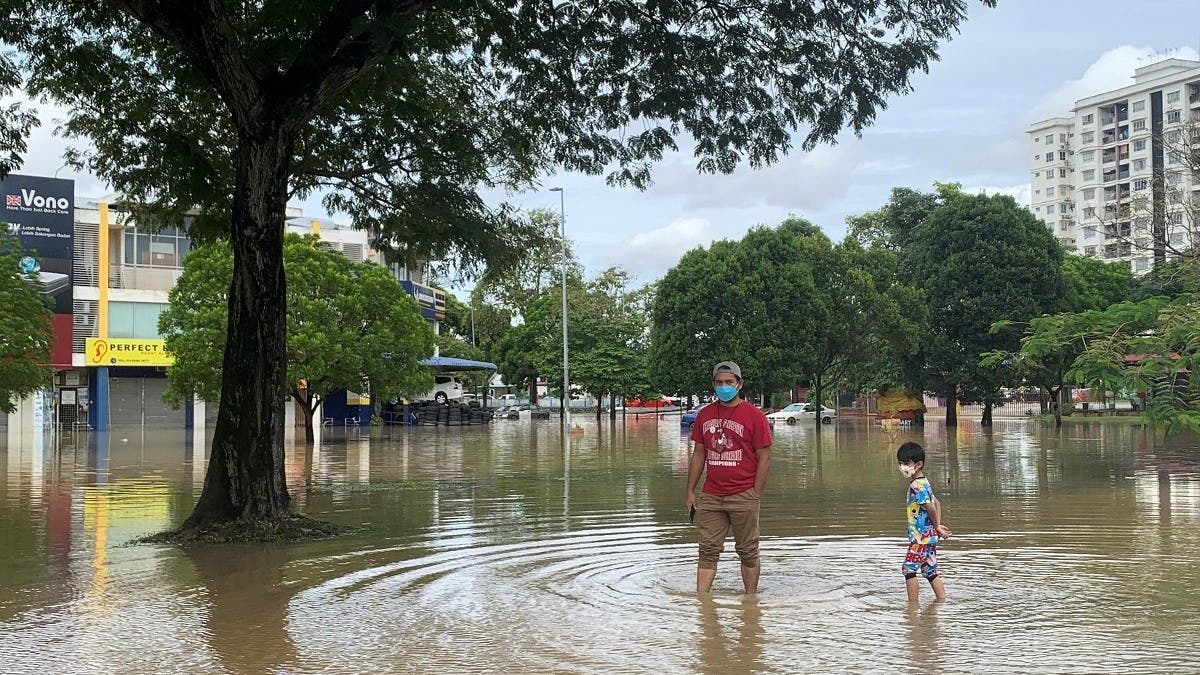 More than 50,000 people have been forced from their homes in Malaysia and at least seven are dead after the country faced some of its worst floods for years, officials said on Monday.

A weekend of torrential rain caused rivers to overflow, flooding towns and villages and cutting off major roads, with many motorists left trapped in their vehicles for hours.

The number of evacuees across the country rose to about 51,000 on Monday, according to official data, with the worst-hit area being the eastern state of Pahang, where some 32,000 were forced from their homes.

The country's wealthiest and most populous state Selangor, surrounding the capital Kuala Lumpur, has been badly affected — which is unusual as it typically avoids the worst of the monsoon floods.

Seven people have been confirmed dead in Selangor, according to fire and rescue officials cited in The Star newspaper. With reports of others missing, the toll is expected to climb.

Prime Minister Ismail Sabri Yaakob said that a month's rainfall came down in one day in Selangor, adding that tens of thousands of emergency service and military personnel were deployed to aid rescue efforts.
Student Eyilavarasi Magesuaran recalled the moment her house was flooded in the hard-hit city of Shah Alam in Selangor early Sunday.

“Water rushed into our house from the rear and back, trapping us inside,” the 21-year-old told AFP, adding she was alerted to the flood by her barking dog.

“I really feared we would drown. We have lived here since 1995, and never experienced flooding.”

A relative with a truck rescued her family.

The rains had largely stopped by Monday, leaving residents to return to damaged properties and pick up the pieces.

The Southeast Asian nation is hit by floods annually during the monsoon season, but those on the weekend were the worst in years.

Global warming has been linked to worsening floods. Because a warmer atmosphere holds more water, climate change increases the risk and intensity of flooding from extreme rainfall.

China’s standing in the Asia-Pacific has been damaged by its de-cision to stick with COVID-19 Zero for most of 2022, leaving the US to cement its position as the most influential power in the re-gion, according to an Australian research group.

The Sydney-based Lowy Institute’s Asia Power Index for 2023 shows that China registered the greatest decline out of the 26 na-tions and territories in the report, while strong economic links and defense ties solidified the US as the leading power in the Asia-Pacific.

The index measures power based on 133 indicators across eight core themes, assessing how much sway is held diplomatically, economically and militarily. Overall, the US was placed first, fol-lowed by China, Japan, India, and Russia.

Susannah Patton, project lead for the Asia Power Index at Lowy, said China’s score had dipped across almost every indicator, as the country’s connections with the rest of Asia declined “sharply during COVID-19 Zero.”
“We’ve heard about the economic impact of China’s border closures but this really shows us for the first time I think the strate-gic impact of the border closures,” she said.

China’s rankings on cultural influence and economic capability fell the most, due to Beijing shutting off its citizens and businesses from the world for much of the year. One area where it did see improvement was in its military capability, closing the gap with the US from 27 points in 2018 to 23 points in 2022. The report notes its extensive military drills around Taiwan.

Patton said almost all countries had seen a dip in their rankings in 2022, driven partly by the aftershocks of the COVID-19 pandemic, with only Australia and Indonesia bucking the trend in the top 10 powers in the Asia Pacific.

While the US ranking declined slightly overall, Patton said it had kept its top position thanks to the Biden administration’s diplomat-ic posture and the relatively strong American economy.

On the outlook for the year ahead, Patton said China’s rapid re-opening and diplomatic outreach to countries such as Australia could shape the next set of rankings, while the US will need to work to solidify its alliances with the Philippines and South Korea.

“China is going to be a much more formidable competitor to the United States over the next year,” she said.