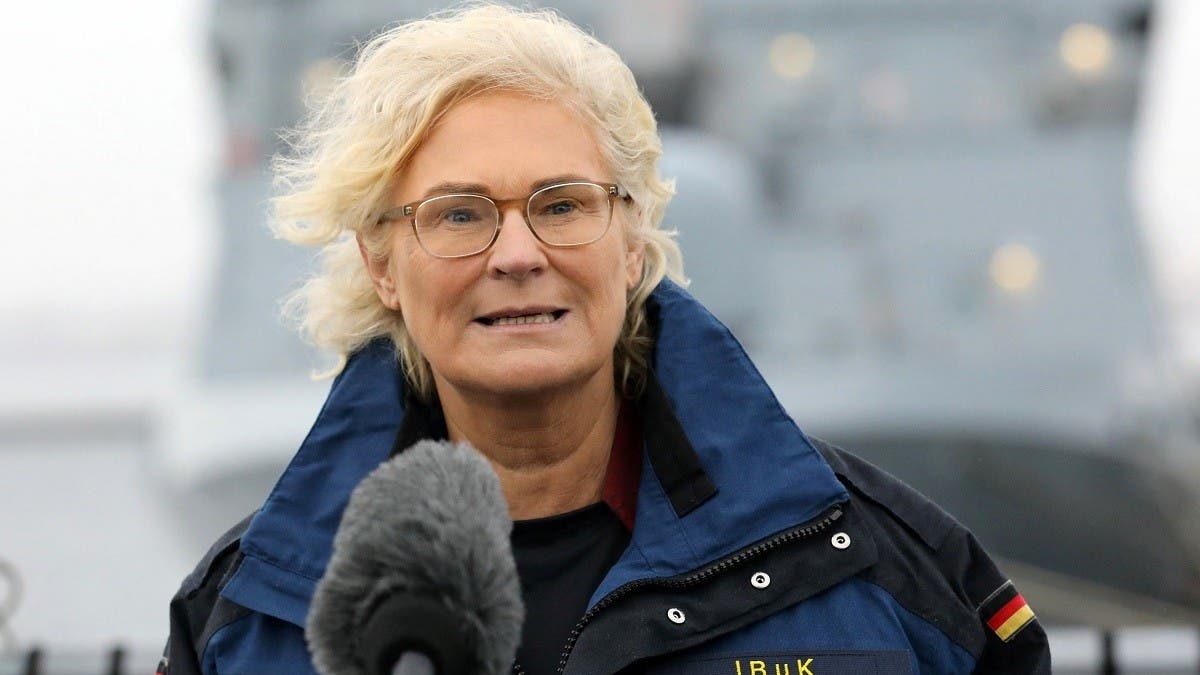 German Defense Minister Christine Lambrecht on Sunday said Russia cannot “dictate” to NATO on regional security, as tensions soar between Moscow and Western capitals over the conflict in Ukraine.

She spoke during a visit to Lithuania, which along with its Baltic neighbors Estonia and Latvia is worried about security after Russia deployed tens of thousands of troops near its border with fellow ex-Soviet Ukraine.

For the latest headlines, follow our Google News channel online or via the app.
“We have to resolve the tense situation we are in now both diplomatically and with credible deterrence,” Lambrecht told reporters.

“We have to talk with each other, which means discussing the proposals that Russia has put forward. That is right and important,” she added at Lithuania’s Rukla military base.

“But it cannot be that Russia dictates to NATO partners how they position themselves.”

The trip is Lambrecht’s first since being named defense minister, after new German Chancellor Olaf Scholz’s Social Democrats formed a coalition government with the Greens and the liberal FDP earlier this month.

Lambrecht met with her Lithuanian counterpart Arvydas Anusauskas, who said that “Russia has mobilized forces in the Kaliningrad region that are ten times larger than the battalion deployed in Rukla.”

“In this situation, Russia’s demands that weaken the security of our countries are simply impossible to implement. I think they need to be rejected,” he told reporters.

Around 550 German troops are stationed at Lithuania’s Rukla military base as Germany leads the multinational battalion in the country.

Similar military units were sent to other Baltic states and Poland in 2017 to deter Russia after Moscow annexed Crimea and helped separatists take over parts of eastern Ukraine three years earlier.

After amassing some 100,000 troops near Ukraine, Russia on Friday unveiled proposals to contain the role of the United States and NATO in the former Soviet Union and Eastern Europe, calling for urgent negotiations with Washington.

The proposals called for the US-led NATO alliance not to admit new members or establish bases in ex-Soviet countries.

The West has threatened Russia with harsh sanctions should its soldiers enter Ukraine.

Ahead of her visit, Lambrecht called for harsher sanctions against Russia over its troop deployment.

Those responsible for any aggression had to face “personal consequences”, she told German weekly Bild am Sonntag, adding that Germany and its allies should put Russian President Vladimir Putin and his entourage “in our sights.”
“We have to exhaust all the diplomatic and economic sanction possibilities. And all further steps should be agreed with our allies,” she said.

In the wake of Ukraine discussions by EU leaders in Brussels last week, Lithuanian President Gitanas Nauseda said the current regional security situation is “probably… the most dangerous it’s been in 30 years.”