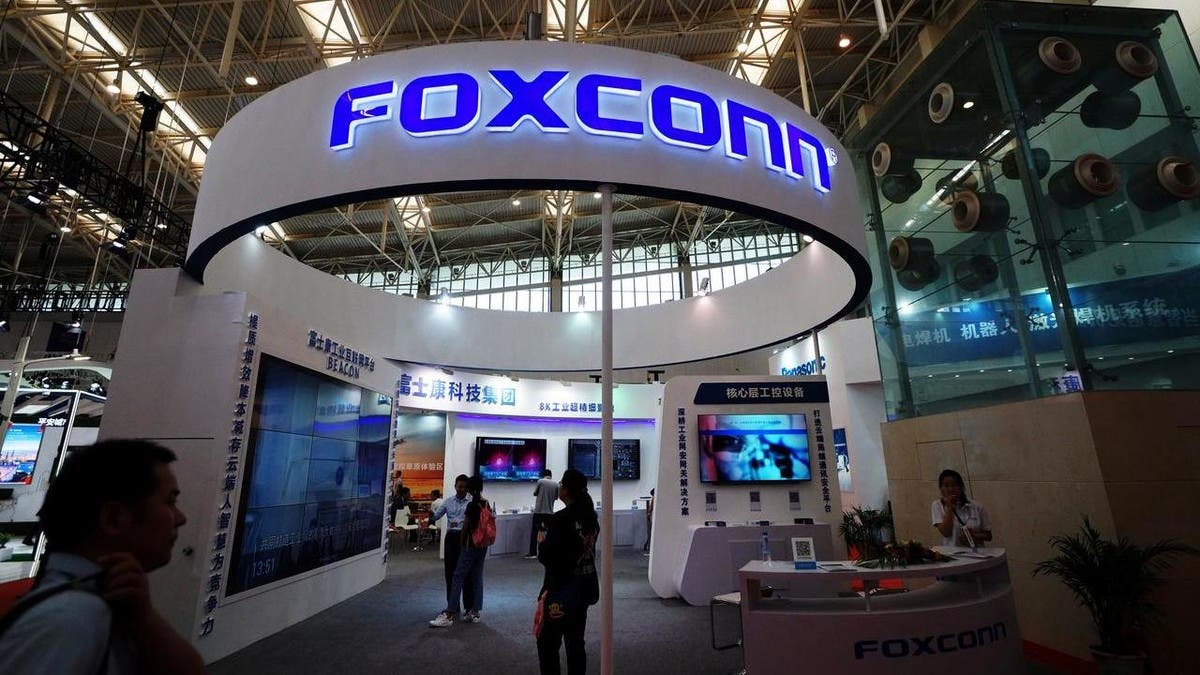 Indian police detained scores of people for blocking highways in a protest against food poisoning incident at a Foxconn India unit, which makes iPhones for Apple Inc, a police official said on Sunday.
More than 150 employees at Foxconn’s production unit in southern India were hospitalized after a bout of food poisoning at Foxconn’s dormitories, where a majority of its staff lives.

For the latest headlines, follow our Google News channel online or via the app.
Food poisoning sparked protests by workers and their relatives, who blocked a key Chennai-Bengaluru highway for several hours, said a police official said.
“Nearly 70 women and 22 men have been detained since Saturday for blocking highway,” the official said.
Foxconn did not immediately respond to a request for comment.

Deaths in Philippines due to Typhoon Rai top 100, as mayors plead for food

More than 21,000 people displaced by floods after torrential rains in Malaysia

“I am deeply saddened by the loss of life and devastation caused by the earthquake in Turkey and Syria. I have directed my team to continue to closely monitor the situation in coordination with Turkey and provide any and all needed assistance,” the president tweeted from his official account.

“Our teams are deploying quickly to begin to support Turkish search and rescue efforts and address the needs of those injured and displaced by the earthquake,” he added in a statement later released by the White House.

The statement said Biden had called on US officials to reach out to their Turkish counterparts to coordinate on assistance, and that humanitarian groups supported by the United States were responding to the destruction in Syria.

“Today, our hearts and our deepest condolences are with all those who have lost precious loved ones, those who are injured, and those who saw their homes and businesses destroyed,” he said in the statement.

The Syrian government on Monday urged the international community to come to its aid after more than 850 people died in the country following a 7.8-magnitude earthquake in neighboring Turkey.

“Syria appeals to member states of the United Nations… the International Committee of the Red Cross and other humanitarian” groups to support “efforts to face the devastating earthquake,” the foreign ministry said in a statement.

Syrian Foreign Minister Faisal Mekdad said the Syrian government was ready “to provide all the required facilities to international organizations so they can give Syrians humanitarian aid”, after meeting with UN representatives and aid groups.

The quake killed at least 461 people and left at least 1,326 more injured in government-controlled parts of Syria, including the provinces of Aleppo, Hama, Latakia and Tartus, the health ministry said.

In rebel-held parts of the northwest of the country, at least 390 people were killed and more than 1,000 were injured, The White Helmets rescue group said.

More than a decade of conflict and years of economic sanctions have devastated Syria’s economy and its ability to respond to large-scale disasters.

The Syrian government’s main allies Iran and Russia have expressed willingness to send aid, in addition to some Gulf states that restored ties with Damascus, including the United Arab Emirates and Bahrain.

The conflict in Syria started in 2011 with the brutal repression of peaceful protests and escalated to pull in foreign powers and global militants.

Nearly half a million people have been killed, and the conflict has forced around half of the country’s pre-war population from their homes, with many seeking refuge in Turkey.

At least 2.9 million people in Syria are at risk of sliding into hunger, while another 12 million do not know where their next meal is coming from, the UN said in January.

Around a million Tibetan children have been separated from their families and put through “forced assimilation” at Chinese residential schools, three United Nations experts said on Monday.

The special rapporteurs voiced their alarm at Chinese government policies aimed at assimilating Tibetan people culturally, religiously, and linguistically through the schools system, raising concerns about a reported increase in the number of such schools.

For the latest headlines, follow our Google News channel online or via the app.
“We are very disturbed that in recent years the residential school system for Tibetan children appears to act as a mandatory large-scale program intended to assimilate Tibetans into majority Han culture, contrary to international human rights standards,” the experts said in a joint statement.

The special rapporteurs on minority issues, education, and cultural rights said that in these schools, the educational content is built around Han culture, with Tibetans denied access to “traditional or culturally relevant learning.”

“Tibetan children are losing their facility with their native language and the ability to communicate easily with their parents and grandparents in the Tibetan language, which contributes to their assimilation and erosion of their identity,” the experts said.

UN special rapporteurs are unpaid independent experts mandated by the UN Human Rights Council. They do not speak on behalf of the United Nations.

The experts said their information pointed to the “vast majority” of Tibetan children being put through residential schools.

“We are alarmed by what appears to be a policy of forced assimilation of the Tibetan identity into the dominant Han-Chinese ma-jority, through a series of oppressive actions against Tibetan educational, religious and linguistic institutions,” they said.

In the interest of building a socialist state based on a single Chinese identity, “initiatives to promote Tibetan language and culture are reportedly being suppressed, and individuals advocating for Tibetan language and education are persecuted,” the special rap-porteurs said.

Tibet has alternated over the centuries between independence and control by China, which says it “peacefully liberated” the rugged plateau in 1951 and brought infrastructure and education to the previously underdeveloped region.

But many exiled Tibetans accuse China’s ruling Communist Party of repression, torture, and eroding their culture.