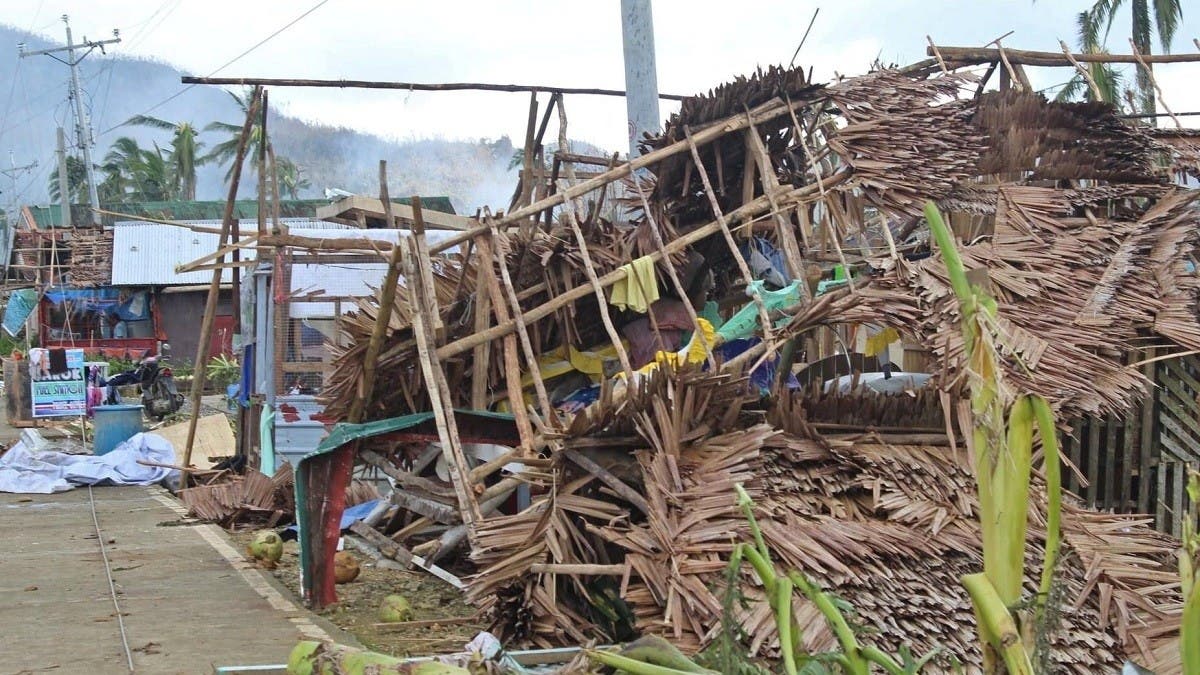 The governor of an island province in the central Philippines said Sunday at least 63 people died in the devastation wrought by Typhoon Rai in more than half of the towns that managed to contact him, bringing the death toll in the strongest typhoon to batter the country this year to at least 137.

Gov. Arthur Yap of Bohol province said 10 others were missing and 13 injured, and suggested the fatalities may still considerably increase with only 33 out of 48 mayors able to report back to him due to downed communications.

For the latest headlines, follow our Google News channel online or via the app.
Officials were trying to confirm a sizeable number of deaths caused by landslides and extensive flooding elsewhere.

In statements posted on Facebook, Yap ordered mayors in his province of more than 1.2 million people to invoke their emergency powers to secure food packs for large numbers of people along with drinking water. Both have been urgently sought in several hard-hit towns.

After joining a military aerial survey of typhoon-ravaged towns, Yap said “it is very clear that the damage sustained by Bohol is great and all-encompassing.”

He said the initial inspection did not cover four towns, where the typhoon blew in as it rampaged through central island provinces on Thursday and Friday. The government said about 780,000 people were affected, including more than 300,000 residents who had to evacuate their homes.

At least 64 other typhoon deaths were reported by the disaster-response agency, the national police, and local officials. Officials on Dinagat Islands, one of the southeastern provinces first pounded by the typhoon, separately reported 10 deaths just from a few towns, bringing the overall fatalities so far to 137.

President Rodrigo Duterte flew to the region on Saturday and promised 2 billion pesos ($40 million) in aid. He met officials in Maasin City in Southern Leyte province where he was born. Duterte’s family later relocated to the southern city of Davao, where he served as a longtime mayor before rising to the presidency.

“The moment I was born into this world, I told my mother, `Let’s not stay here because this place is really prone to typhoons,’” Duterte told officials.

At its strongest, the typhoon packed sustained winds of 195 kilometers (121 miles) per hour and gusts of up to 270 kph (168 mph), making it one of the most powerful in recent years to hit the disaster-prone archipelago, which lies between the Pacific Ocean and the South China Sea.

Floodwaters rose rapidly in Bohol’s riverside town of Loboc, where residents were trapped on their roofs and in trees. They were rescued by the coast guard the following day. On Dinagat Islands, an official said the roofs of nearly all the houses, including emergency shelters, were either damaged or blown away entirely.

At least 227 cities and towns lost electricity, which has since been restored in only 21 areas, officials said, adding that three regional airports were damaged, including two that remain closed.

The deaths and widespread damage left by the typhoon ahead of Christmas in the largely Roman Catholic nation brought back memories of the catastrophe inflicted by another typhoon, Haiyan, one of the most powerful on record. It hit many of the central provinces that were pummeled last week, leaving more than 6,300 people dead in November 2013.

About 20 storms and typhoons batter the Philippines each year. The archipelago also lies along the seismically active Pacific “Ring of Fire” region, making it one of the countries most susceptible to natural calamities.